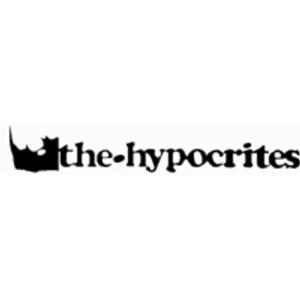 The Hypocrites will conclude its 2015-16 Season with the world premiere of JOHANNA FAUSTUS, co-adapted by Emily Casey and Artistic Director Sean Graney from Christopher Marlowe‘s The Tragical History of Doctor Faustus and directed by Graney. JOHANNA FAUSTUS will play a limited engagement May 20 – 29, 2016 at The Den Theatre’s Heath Main Stage, 1329 N. Milwaukee Ave. in Chicago’s Wicker Park neighborhood. Tickets are currently available at www.the-hypocrites.com.  The press opening is Friday, May 20 at 8 pm.

In the spirit of Sean Graney’s previous hits including 12 Nights and Romeo Juliet, six actors tell a modern Faust story. The performers are also the design team, with purposeful limited resources they will enact the tale using the barest elements. In this new adaptation, Faust is a woman questioning her choices that brought her to success but also isolation. What would you trade for happiness?

Comments adapter/director Sean Graney, “I have long been attracted to the myth of Faustus, the character that would sacrifice his mortal soul to achieve success. I think it acts as a great morality against ambition generating self-obsessed so much that it destroys any hope for compassionate human connection. I knew that I wanted to approach the tale from the perspective of a woman. I turned to my long time artistic collaborator, Emily Casey, knowing that her intelligence and sense of humor would add much to this oft-told tale.”

From: The Tragical History of Doctor Faustus by Christopher Marlowe

Tickets Prices: Regular run: $36. Students: $15. Groups of 8 or more: $18 per person. Tickets are currently on sale at www.the-hypocrites.com.

Sean Graney (Co-Adapter/Director) has directed over 30 productions for The Hypocrites since 1997, including the critically acclaimed All Our Tragic. He recently returned from a Fellowship at the Radcliffe Institute for Advanced Study at Harvard University. In 2004, Graney was a participant in the NEA/TCG Career Development Program for Directors. He has won four Joseph Jefferson Citation awards for the Direction and Adaptation for Sophocles: Seven Sicknesses, and Directing of Equus and Machinal. He has directed Edward II (Chicago Shakespeare Theater), The Hairy Ape (Eugene O’Neill Festival at Goodman Theatre), The Comedy of Errors, The Mystery of Irma Vep and What the Butler Saw (Court Theatre), Yankee Tavern (Milwaukee Rep) and The Elephant Man (Steppenwolf for Young Audiences). Graney currently serves as the Hypocrites’ Artistic Director.