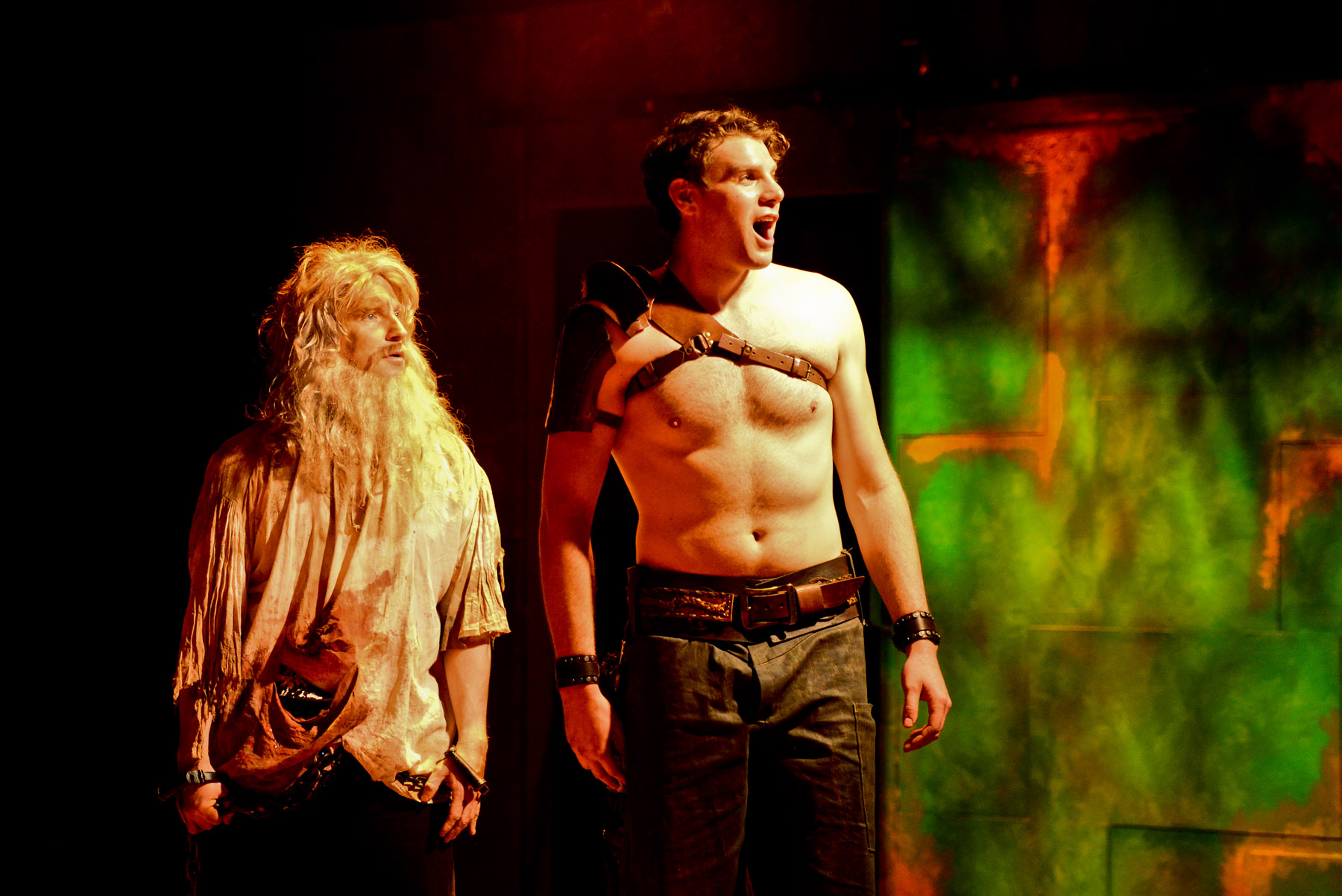 Geoff Button and Walter Briggs in The Hypocrites’ production of ALL OUR TRAGIC adapted and directed by Artistic Director Sean Graney. Photo by Evan Hanover.

The Hypocrites today was awarded the prestigious MacArthur Award for Creative and Effective Institutions. The Award recognizes exceptional nonprofit organizations who have demonstrated creativity and impact, and invests in their long-term sustainability with sizable one-time grants.

The Hypocrites will use the $200,000 that accompanies the Award to build a working capital reserve for the company and as seed capital for a variety of diversity initiatives.

The Hypocrites’ Executive Director Kelli Strickland comments, “This Award comes at a pivotal time of growth for our company. The Hypocrites have long been making a significant contribution to the landscape of Chicago theatre. The Board and leadership are taking steps to build on this history and secure the company’s future. The capital reserve will provide the necessary stability to move the company forward from an organizational perspective and continue its tradition of creating immersive theater experiences around historic and original work.”

The Hypocrites is a leading storefront theater company that blends emotionally resonant theater and humor in its interpretations of historic plays and productions of new work. Performing for an audience of 18,000 in Chicago each year, the company is gaining recognition nationally as productions are increasingly exported outside of Chicago, including at venues in New York, Los Angeles, Boston, Louisville and the Bay Area.

The Hypocrites original work All Our Tragic is an example of how a small theater company pushes itself and the art form. The show is a mash­up of all 32 surviving Greek tragedies compiled into a single, 12 ­hour show. It featured the Hypocrites signature blend of serious, traditional theater and comedic sensibilities –constantly experimenting with the role of the audience, turning the traditional model of observing a show upside down.

The MacArthur Award has been presented annually since 2006 to organizations across the country and around the world that demonstrate exceptional creativity and effectiveness. This year’s 14 recipients are drawn exclusively from Chicago’s diverse arts and culture community in order to strengthen the city’s vibrant cultural life and underscore the Foundation’s commitment to its hometown. Each year, MacArthur supports more than 300 arts and culture group in Chicago, awarding more than $10 million in grants, mostly through general operating support.

“These superbly imaginative organizations exemplify Chicago’s thriving arts and culture community, which is vibrant and economically vital to the region,” said MacArthur President Julia Stasch. “Support for these diverse and leading organizations reflects our enduring commitment to Chicago and to its cultural life that enriches us all.”

According to MacArthur, the Award is not only recognition for past leadership and success but also an investment in the future. For these Awards, the Foundation does not seek or accept nominations. To qualify, organizations must demonstrate exceptional creativity and effectiveness; have reached a critical or strategic point in their development; show strong leadership and stable financial management; have previously received MacArthur support; and engage in work central to one of MacArthur’s core programs.

Additional information about this year’s MacArthur Awards is at www.macfound.org/MacAward.