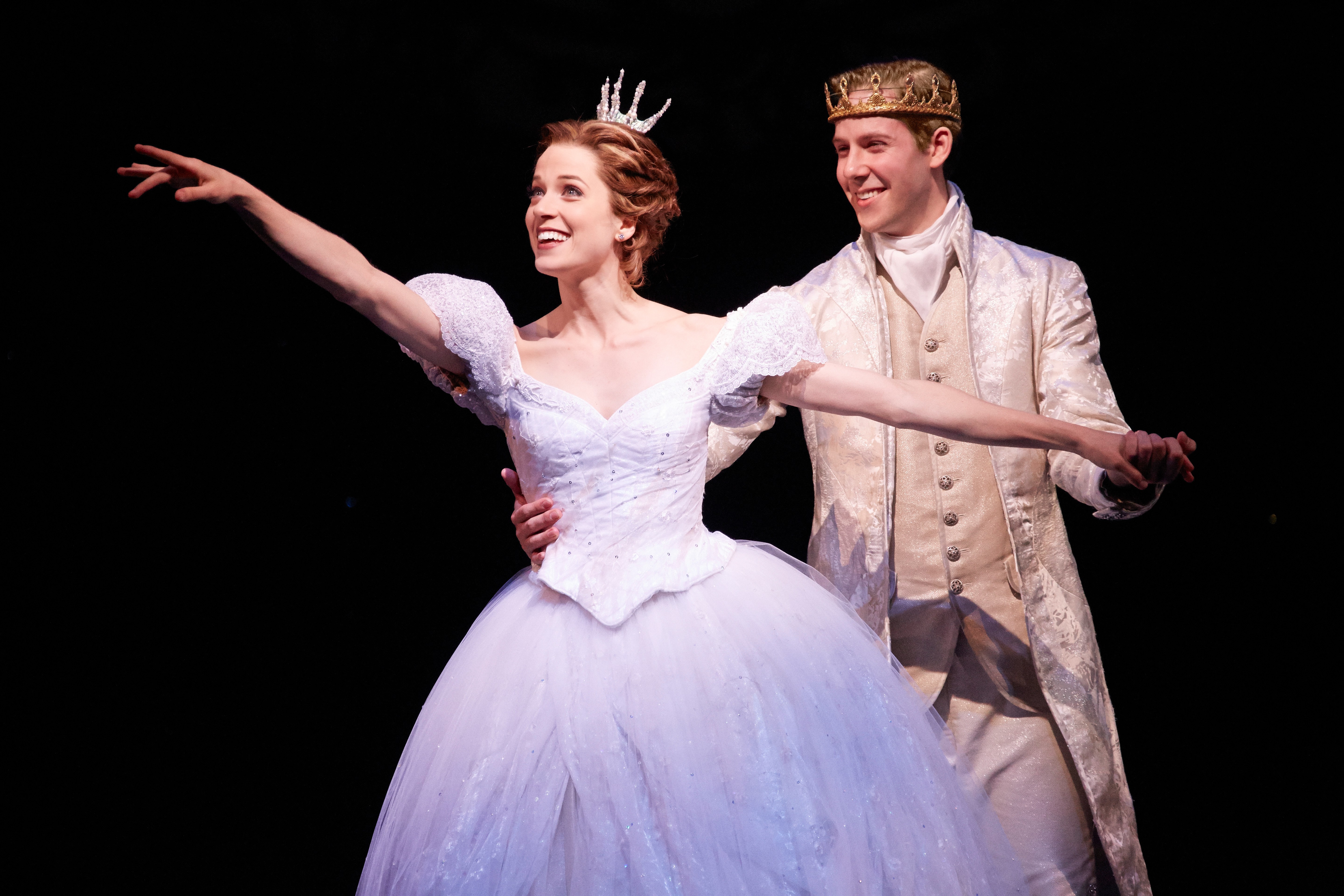 Broadway In Chicago is pleased to announce that individual tickets for RODGERS + HAMMERSTEIN’S CINDERELLA, the 2013 Tony Award®-winning Broadway musical from the creators of South Pacific and The Sound of Music, go on sale to the public this Friday, October 17 at 10 AM.  CINDERELLA will play the Cadillac Palace Theatre (151 W Randolph) for a limited engagement from December 16, 2014 through January 4, 2015.With its fresh new take on the beloved tale of a young woman who is transformed from a chambermaid into a princess, this hilarious and romantic CINDERELLA combines the story’s classic elements – glass slippers, pumpkin, and a beautiful ball along with some surprise twists. More than just a pretty face with the right shoe size, this Cinderella is a surprisingly contemporary figure living in a fairytale setting.  She is a spirited young woman with savvy and soul who is eager to develop a world view. She doesn’t let her rags or her gowns trip her up in her quest for kindness, compassion and forgiveness.  She not only fights for her own dreams, but forces the prince to open his eyes to the world around him and realize his dreams too.

One of Rodgers + Hammerstein’s most popular titles, CINDERELLA was written for television — debuting in 1957 starring Julie Andrews.  In 2013 the show made its long-overdue Broadway debut. Along with CINDERELLA, Richard Rodgers and Oscar Hammerstein’s legendary musicals include OKLAHOMA!, Carousel, The King and I, South Pacific and The Sound of Music.

Mr. Beane’s book for CINDERELLA blends masterfully with the musical’s cherished score with songs including “In My Own Little Corner,” “Impossible/It’s Possible,” “Ten Minutes Ago” and “Do I Love You Because You’re Beautiful?”