Sideshow Theatre Company is pleased to announce casting for the second production in its 2016/17 season: Calamity West’s wry and subversive world premiere GIVE IT ALL BACK, directed by artistic associate Marti Lyons. 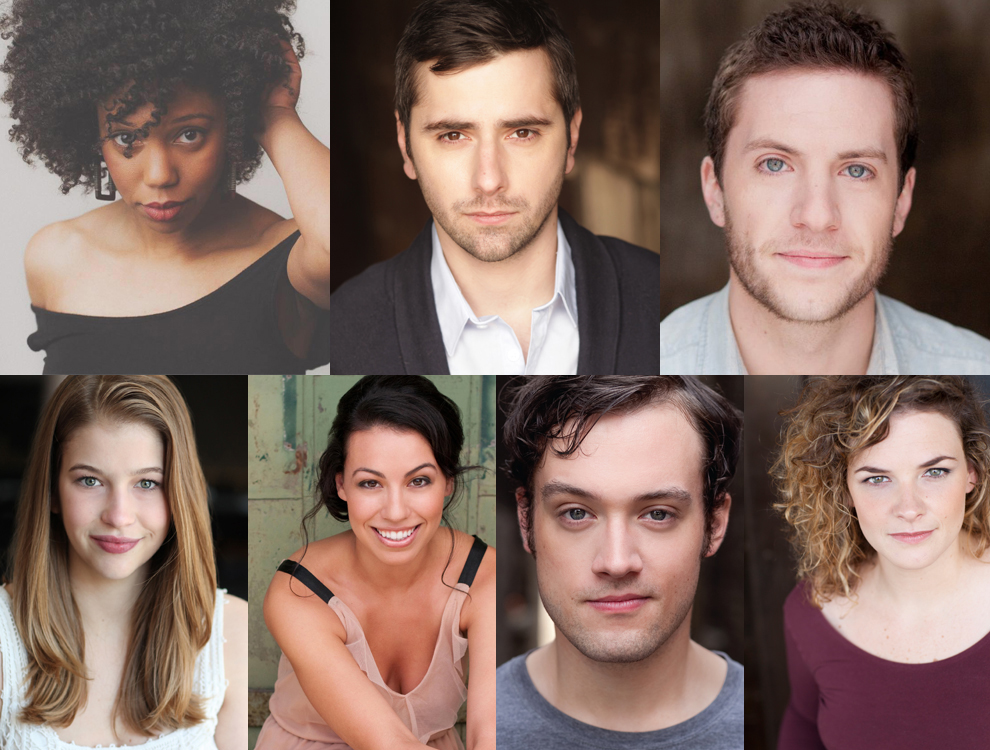 In a swank French hotel room in the mid-1960s, an artist hides out from a world that’s turned on him. As a cavalcade of familiar faces tries to break down his door, he smokes, talks, drinks and tries not to think about acoustic versus electric. But when a prime career opportunity lands on the table, he has to decide which version of himself he wants to be, and how to keep the past from bubbling up beneath him. Calamity West delivers a hilariously sardonic examination of how you hold on to your art when everyone else thinks that it’s theirs.

Marti Lyons (Director) most recently directed Wondrous Strange by Meg Miroshnik, Martyna Majok, Jen Silverman and Jiehae Park for the Humana Festival at Actors Theatre of Louisville, starring the theatre’s Apprentice Company, and a reading of Meg Miroshnik’s Lady Tattoo for the Pacific Playwrights Festival at South Coast Repertory Theatre. Marti has also directed Will Eno’s Title and Deed for Lookingglass Theatre Company and a reading of Martín Zimmerman’s On the Exhale for the New Stages Festival at Goodman Theatre, where she received the 2015 Maggio directing fellowship. Other projects include Laura Marks’ Bethany, Marks’ Mine and Will Nedved’s Body and Blood for The Gift Theatre, where she is an ensemble member; Catherine Trieschmann’s Hot Georgia Sunday and Theresa Rebeck’s Seminar for Haven Theatre; Prowess by Ike Holter, The Peacock by Calamity West and The Last Duck by Lucas Neff for Jackalope Theatre; The Play About My Dad by Boo Killebrew for Raven Theatre; Mai Dang Lao by David Jacobi, 9 Circles by Bill Cain, Maria/Stuart by Jason Grote and co-directed The Golden Dragon for Sideshow Theatre, where she is an artistic associate. Next season Marti will direct City of Conversation by Anthony Giardina for Northlight Theatre, Wit by Margaret Edson for The Hypocrites, Short Shakes! Romeo and Juliet for Chicago Shakespeare Theatre, The Mystery of Love and Sex by Bathsheba Doran for Writers Theatre, and Native Gardens by Karen Zacarías for Victory Gardens Theatre. Marti is a proud member of SDC. martilyons.com

From its first production, 2008’s Dante Dies!! (and then things get weird) to its Jeff Award-winning productions of Roland Schimmelpfennig’s Idomeneus (named one of the best plays of 2012 by Time Out Chicago and the Chicago Sun-Times) and Elizabeth Meriwether’s runaway robotic hit Heddatron at Steppenwolf Theatre, to the recent re-mount of its smash hit Stupid F##king Bird, Sideshow has consistently produced engaging, transcendent works across Chicago. Sideshow continues its multi-year residency at Victory Gardens in the historic Biograph Theater in the 2016/17 season.

Sideshow also produces the Chicago League of Lady Arm Wrestlers (CLLAW), a wildly popular interactive fundraising event that benefits Sideshow Theatre Company and other local charities. CLLAW has been featured in local and national press, including The Washington Post, Reuters, Penthouse Magazine and the Chicago Sun-Times and on WGN Morning News, ABC 7’s Windy City Live and CBS 2. The next CLLAW match will be held Saturday, February 11 at Logan Square Auditorium. For more information about CLLAW, visit cllaw.org.