Broadway In Chicago Announces Cast for THE KING AND I

Broadway In Chicago, Ambassador Theatre Group and NETworks Presentations LLC are pleased to announce that Laura Michelle Kelly (Anna Leonowens) and Jose Llana (King of Siam) will lead the national tour of the Lincoln Center Theater production of Rodgers & Hammerstein’s THE KING AND I. Joan Almedilla will play Lady Thiang with Brian Rivera as Kralahome, Manna Nichols as Tuptim, Kavin Panmeechao as Lun Tha, Anthony Chan as Prince Chulalongkorn, Graham Montgomery as Louis Leonowens and Baylen Thomas as Captain Orton/Sir Edward Ramsey. THE KING AND I will play the Oriental Theatre (24 W Randolph) June 13 through July 9, 2017.

Director Bartlett Sher had this to say about the leads in THE KING AND I: “Jose was so superb on Broadway in The King and I that I begged him to join us on the tour and l feel we are incredibly lucky to have him.  He brings such joy and virility and strength to the King. And he is one of Broadway’s great talents. 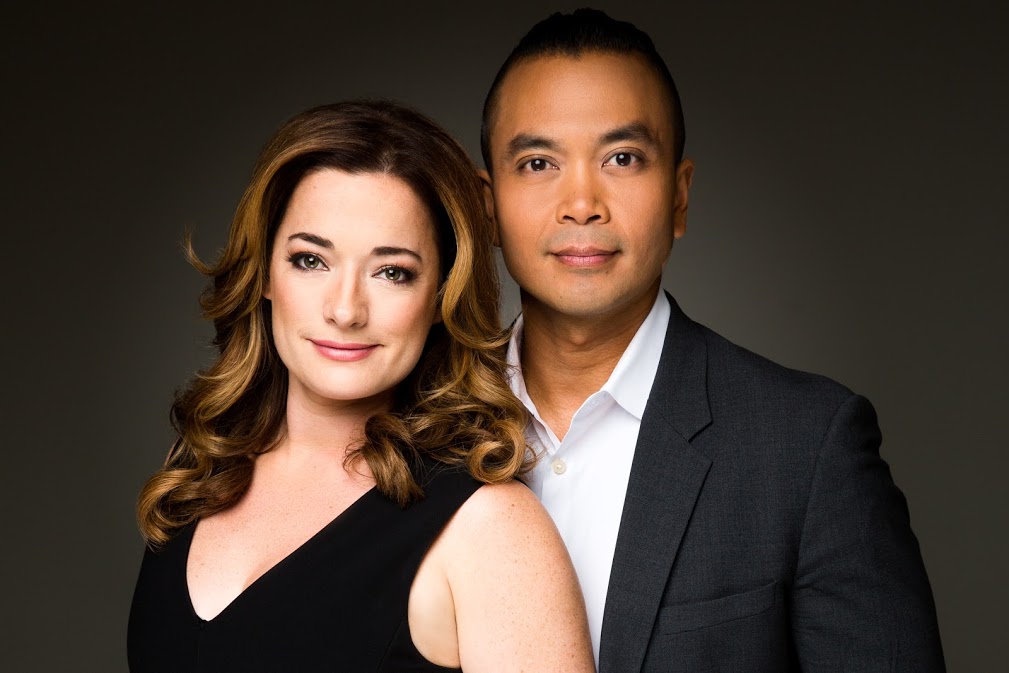 Laura Michelle Kelly (Anna Leonowens) and Jose Llana (King of Siam)
THE KING AND I
Broadway In Chicago’s Oriental Theatre
June 13 through July 9, 2017

“Laura Michelle has one of the best voices on Broadway matched with an extraordinary heart. Her work on Finding Neverland and Mary Poppins distinguished both of those shows with her natural grace and joy. She will be an exquisite Anna Leonowens.”

THE KING AND I, directed by Tony Award® winner Bartlett Sher, won four 2015 Tony Awards® including Best Revival of a Musical.  Hailed as “first-rate, sumptuous” (The New York Times) and “too beautiful to miss” (New York Magazine), the production played 538 performances on Broadway at the Vivian Beaumont Theater.

Bartlett Sher is reunited with the award-winning creative team from Rodgers & Hammerstein’s South Pacific and The Light in the Piazza. THE KING AND I has music direction by Ted Sperling, sets by Michael Yeargan, costumes by Catherine Zuber (Tony Award® winner for THE KING AND I), lighting by Donald Holder, sound by Scott Lehrer and casting by Telsey + Company/Abbie Brady-Dalton, CSA. THE KING AND I features choreography by Christopher Gattelli based on the original choreography by Jerome Robbins.

One of Rodgers & Hammerstein’s finest works, THE KING AND I boasts a score that features such beloved classics as “Getting To Know You,” “Hello Young Lovers,” “Shall We Dance,” “I Have Dreamed” and “Something Wonderful.” Set in 1860’s Bangkok, the musical tells the story of the unconventional and tempestuous relationship that develops between the King of Siam and Anna Leonowens, a British schoolteacher, whom the modernist King, in an imperialistic world, brings to Siam to teach his many wives and children.

LAURA MICHELLE KELLY (Anna Leonowens) is an Oliver Award winning actress for her star-making performance as the title role in the London production of Disney’s Mary Poppins. Kelly just recently completed a year and a half run playing Sylvia Llewelyn Davies in the Broadway production of Finding Neverland, starring opposite Matthew Morrison and Kelsey Grammer after originating the role at the American Repertory Theater (2015 Elliott Award Nominee).  Her other Broadway credits include reprising her role in Mary Poppins and the 2004 revival of Fiddler on the Roof.  West End credits include: My Fair Lady (Eliza), Speed the Plow (Karen), Lord of the Rings: The Musical (Galadriel), Beauty and the Beast (Belle), Whistle Down the Wind (Swallow), Peter Pan (Wendy), Les Misérables (Eponine), Mamma Mia! (Sophie).  Regional: The King and I (Anna) and South Pacific (Nellie).  Film:Sweeney Todd (Lucy/Beggar Woman; dir. Tim Burton) and Goddess (2012 Cannes Film Festival) Album: The Storm inside (2006). Recipient: Awarded Voice of Musical Theatre. Numerous radio, TV, concert appearances including Albert Hall, Hampton Court Palace, Royal Opera House, Millennium Stadium, Buckingham Palace and Performed for President Obama for the 4th of Julycelebrations.  Lauramichellekelly@net.com

JOSE LLANA (King of Siam) returns to the role of “The King of Siam” after two starring engagements in the Tony-winning Lincoln Center revival of The King and I. He made his American Songbook debut in the spring of 2015, which led to the release of his second solo CD, Altitude in the spring of 2016. He earned a Lucille Lortel Award nomination for Best Actor in a Musical for his portrayal as Marcosin David Byrne & Fat Boy Slim’s Here Lies Love at The Public Theater (dir. Alex Timbers) and most recently played Duke Orsino for The Public Theater’s Public Works musical adaptation of Twelfth Night (dir. Kwame Kwei-Armah) at The Delacorte. Broadway credits include Chip Tolentino in William Finn’s The 25thAnnual Putnam Country Spelling Bee (Drama Desk Award, dir. James Lapine), El Gato in Wonderland, Wang Ta in David Henry Hwang’s adaptation of Rodgers & Hammerstein’s Flower Drum Song, Angel in RENT (dir. Michael Greif), Jessie-Leein Streetcorner Symphony and his debut as Lun Tha in the 1996 Revival of Rodgers & Hammerstein’s The King and I opposite Donna Murphy and Lou Diamond Phillips. Off-Broadway appearances include Adam in Falling for Eve(York), Gabey in On the Town (dir. George C. Wolfe, Delacorte) and Adam Guettel’s Saturn Returns (dir. Tina Landau, Public Theater). Regional appearances include DistanceRunner in Poster Boy (Williamstown Theater Festival), Bill Sikes in Oliver! (Paper Mill), Guillaume in Cameron Mackintosh’s Martin Guerre (Guthrie Theater), Tin Man in Ballad of Little Jo (Steppenwolf Theater, dir. Tina Landau, Jefferson Nomination – Best Supporting Actor) and Candide in Candide (Prince Theater, Barrymore Nomination – Best Actor). TV/Film appearances include HBO’s “Sex and the City” opposite Margaret Cho and Hitch with Will Smith. Appearing on numerous cast albums, Jose is also a best-selling recording artist on the VIVA Philippines label.  Training from Manhattan School of Music.  Jose is a constant advocate for Broadway Cares/Equity Fights AIDS and serves on the Musical Theater Council for The Public Theater.  www.josellana.com