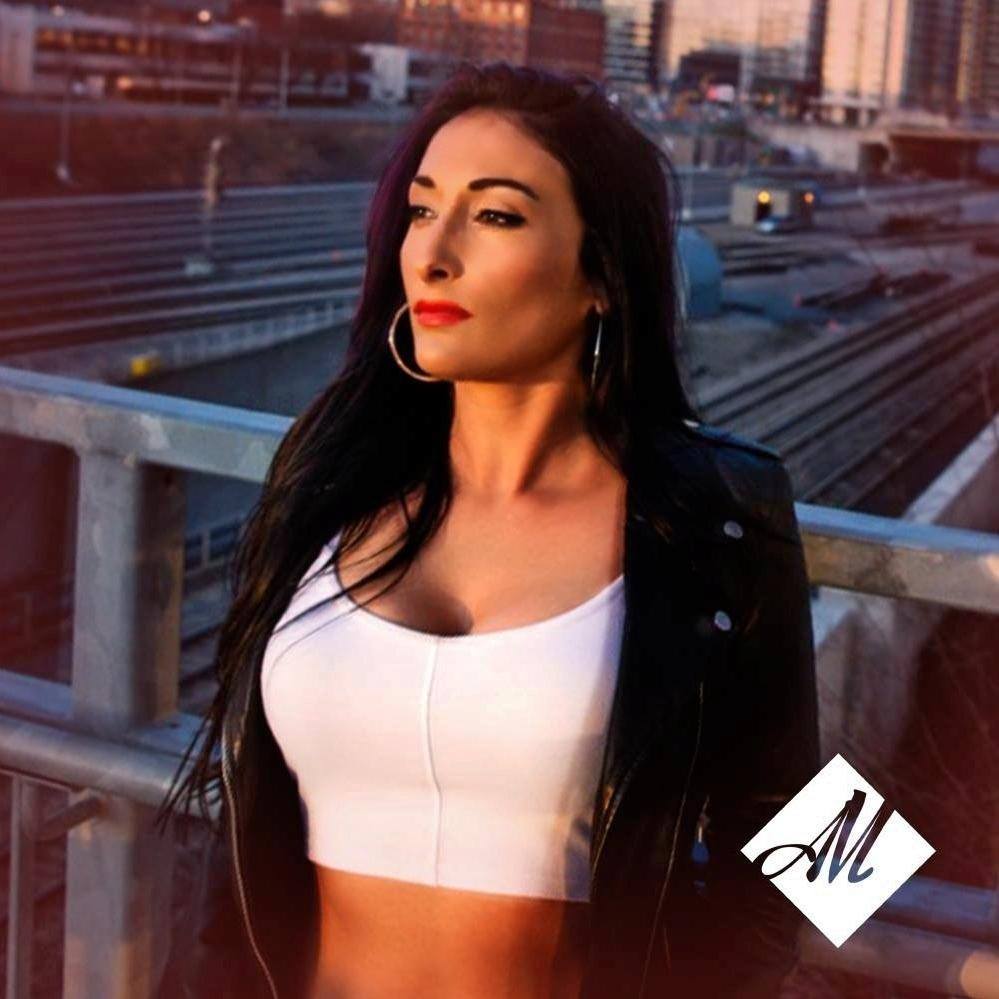 EDM’s newest vocal powerhouse, Alicia Madison, joins forces with one of the hottest DJ/producers on today’s dance scene for a record that is sure to get raver heads bopping at this season’s festivals. “Under The Stars” weaves power, soul, and Alicia Madison’s own brand of sexy darkness into a sweeping tale about being overcome by emotion. “’Under The Stars’ tells the story of seeing that one person you thought you were over and then all the work you put into healing yourself flies right out the window,” explains Madison. diMaro and Alicia Madison’s “Under The Stars” is available now on iTunes from Contagious Records.
“I’ve always considered myself to be a strong person,” continues Alicia Madison from her home in New York City.  “But then I found myself in a bad relationship that weakened my mind and soul. It wasn’t something I thought would ever happen to me.”
She used the pain from her experience to compose the heartfelt song from a track diMaro had sent her.  “Writing songs is so freeing and therapeutic,” she explains.  “I poured all my feelings into the little Chihuahua notebook I keep in my bedroom and from that, ‘Under The Stars’ was born.”
“Looking back now, I can say I came out of the relationship an even stronger person and I’m happy to be able share my experiences through my music.”
Alicia Madison has topped the Beatport charts several times through collaborations with Laidback Luke, Promise Land, Merk & Kremont, and other top Dance Music talent. Her current singles out now are “Gravity” (with Sied van Riel) and “Silence” (with Starkillers). “Gravity” received immense support from Top DJs such as Armin van Buuren (on his ASOT show), Ferry Corsten (played on Corstens Countdown), Paul Oakenfold, Aly & Fila, and other top Dance Music talent.
Madison was discovered while interning at Warner Brothers Music.  “I was working in the A&R department when my boss pulled me into his office one day and said, ‘I hear you’re a singer. Sing something for us.’”
Her boss happened to be Tommy Page, a former teen idol himself, best known for his 1990 hit pop single, “I’ll Be Your Everything”.   At Warner, he helped to shape the careers of Michael Bublé, Alanis Morissette, Josh Groban, and Green Day, among others. It was Page who suggested Alicia consider exploring a career in EDM.
“He felt that my voice could contribute to the Dance Music world. I had grown up on nineties pop and house, so the energy of Dance Music was an immediate attraction.”
The biggest hurdle Madison faced was in song writing. “It scared the hell out of me to put my feelings on paper. It left me feeling so exposed and vulnerable.”
In time, she would find her courage. “These days, I find myself writing every piece of my personal life on paper,” she laughs.
diMaro made a name for himself on the festival scene this past summer, playing some the biggest stages like Tomorrowland, Daydream, Summer Festival and Laundry Day.  His sets are dynamic, interactive, and energizing. He’s become a prolific producer, too, collaborating with artists like Akon, Flo Rida, Jason Derulo, T Pain, Lil Wayne, Mohombi and Chris Willis. His current releases are Drums (with Ahzee) and Do Ya Thing (on Smash The House).
“Under The Stars” is diMaro’s first collaboration with Alicia Madison. “diMaro is awesome,” she says.  “He’s a super talented producer and always blows me away with his productions. I’d love to work with him again.”
diMaro and Alicia Madison’s “Under The Stars” is available now on iTunes from Contagious Records.  For more information, visit http://www.aliciamadisonofficial.com.