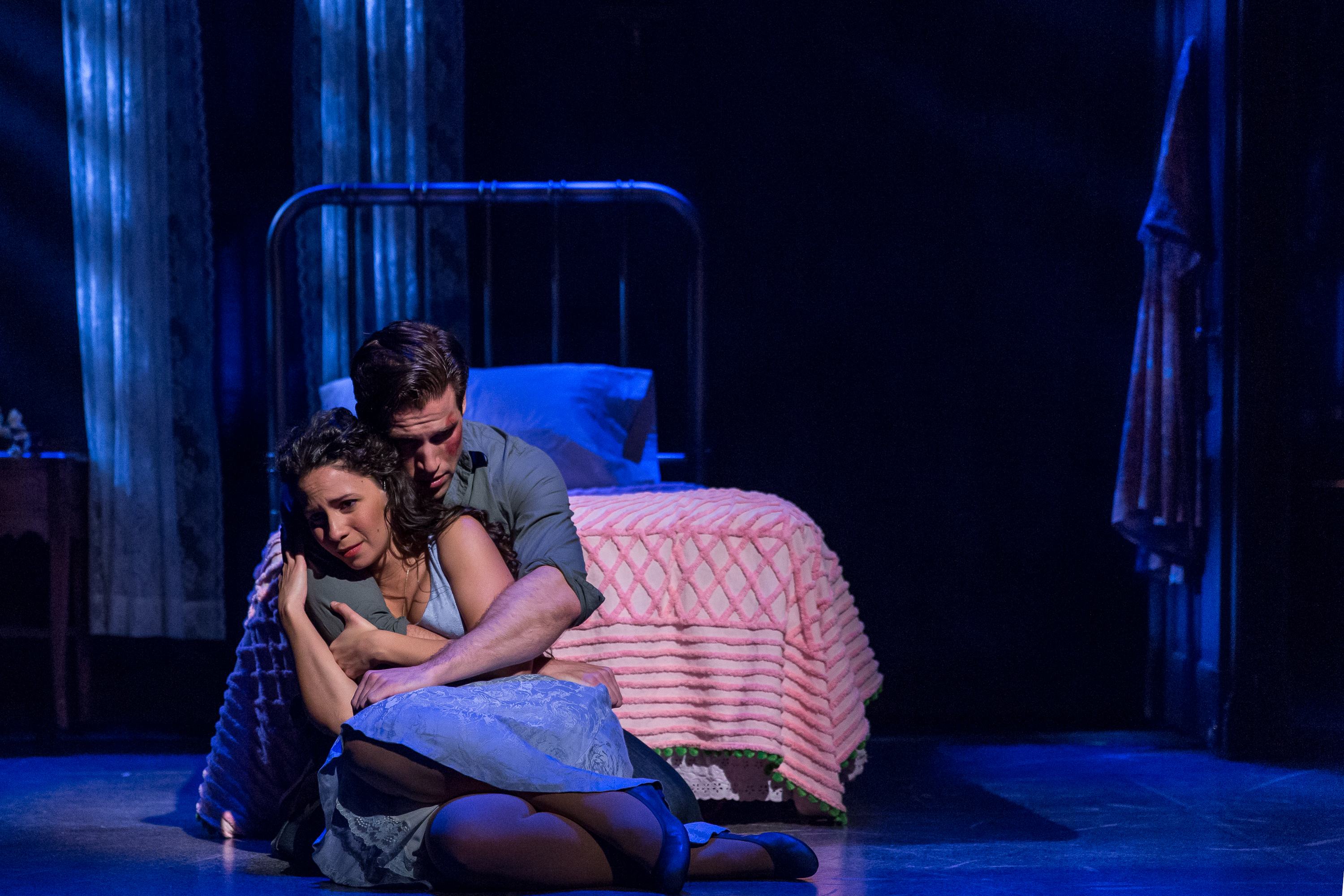 Premiering in 1957 Leonard Bernstein’s masterpiece retelling of Shakespeare’s Romeo & Juliet still packs a whollop, especially in the hands of a masterful director like Rachel Rockwell. She has worked ardently for 8 months in assembling this cast of fine dancers (who have the skill and precision to tell a story through movement with the grace of seasoned ballet dancers), great actors and largely decent singers. What makes this West Side Story rather unique is a focus on the honesty of story-telling and having the courage to go where the story leads in a no-holds-barred style. This is not a sanitized or remotely safe production and it will touch you in a way that other Broadway revivals have not.

The two lead women shine in this production as Anita (the dynamic Michelle Aravena) and Maria (a sincere and heart-breaking performance by Christina Nieves), bringing a level of honesty that is generally lacking in the musical genre. They perform with such “simplicity” that it blurs the lines of “acting” and make us, as the audience, feel that we should not be watching these private, vulnerable moments. Nieves most breath-taking moment occurs at the end when her love Tony (played by Jim DeSelm) is shot and she takes the gun threatening to kill them all and then herself. It is one of those moments in the theatre where the audience quite literally holds their breath and time stands still. I also applaud the choice to have real blood onstage (although do not understand why they chose not have it during the knife fight). After all, this is a show where blood plays an important role not only materially but thematically.

Among the men the two standouts are Riff (superbly played and danced by the multi-talented Rhett Guter) and Tommy Rivera-Vega’s Chino (who tears your heart out in the final moments of the act 2 curtain). I also want to give a shout out to the entire cast for a great evening of dancing.

As the lead bad boy Tony, Jim DeSelm acts the role beautifully with same naked honesty of Nieves, though he had vocal issues on opening night which could be a direct effect of the intense screaming he does during his final scenes. That aside, DeSelm’s scenes throughout with Ms. Nieves’ Maria are poignant and beautiful.

What I found greatly annoying is a trend that seems to be taking place with Drury Lane as of late, and that is the over-reduction by orchestrations of the musical score. With West Side Story the sound was so over amplified that it made the voices distorted and the music metallic and thin (they replaced many of the instruments needed for this classically composed score with synthesizers which can destroy any score that is not rock-based). This was especially painful during the most beautiful number in the show “Somewhere” and I found myself wanting to make a bolt from the theatre. Reducing a score, though perhaps financially necessary, does a huge disservice to the otherwise beautiful work from Rockwell and the magnificent choreography of Rhett Guter.

Another aspect that I found problematic and anachronistic was the costume design by Erika Senase who seemed to deliberately steer away from the strong James Dean look that was the rage in 1957. I never felt that I was in 1957 or that many of the actors, looking too preppy and clean-cut, could have been in a gang.

This West Side Story is at its best when dancing and captivating us with a harrowing story, played with complete honesty by courageous actors and director that still packs a punch after 67 years. I just hope that they can at least address the major sound issues that are, at present, marring the beauty of an otherwise beautiful production and will learn that when you tackle a musical the last thing you sacrifice is the music.