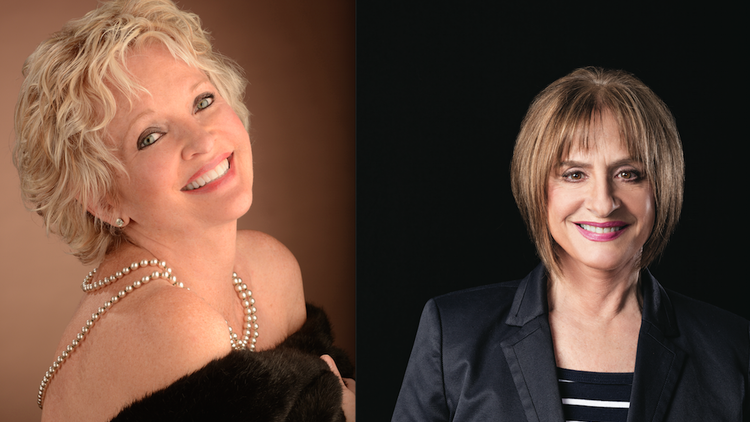 They were the brand name on every woman’s lips. Goodman Theatre announces it will produce the world premiere of War Paint, a new musical that charts the ascent and arch-rivalry of cosmetics entrepreneurs Helena Rubinstein and Elizabeth Arden. Patti LuPone, who “generates more raw excitement than any other performer on Broadway” (The New York Times), and Christine Ebersole, a “first-class, revitalizing master of period style” (The New York Times), respectively star as Rubinstein and Arden, the brilliant innovators with humble roots who shrewdly navigated the 1930s male-dominated business world to forever change the business of beauty. Directed by Michael Greif (Rent, Next to Normal, If/Then, Grey Gardens), War Paint reunites Scott Frankeland Michael Korie-the acclaimed composer and lyricist team of Grey Gardens and Far From Heaven-with Tony Award and Pulitzer Prize-winning playwright Doug Wright (Grey Gardens, I Am My Own Wife, The Little Mermaid). The musical is inspired by the book, War Paint, by Lindy Woodhead and the documentary film, The Powder & the Glory, by Ann Carol Grossman and Arnie Reisman.

War Paint appears in the Goodman’s 856-seat Albert Theatre beginning June 28, 2016; tickets available now by subscription and to groups only. To subscribe, call 312.443.3800 or visit GoodmanTheatre.org/Subscribe. Group savings are available for 15+; call 312.443.3820 or email Groups@GoodmanTheatre.org. The Goodman is grateful for the generosity of its sponsors: Allstate Insurance Company and JPMorgan Chase are Major Corporate Sponsors and ComEd is the Official Lighting Sponsor.

“We are proud to produce the world premiere of War Paint, a bold and exciting new musical about two fearless women who broke new ground in luxury beauty, starring the incomparable musical theater titans Patti LuPone andChristine Ebersole,” said Artistic Director Robert Falls. “It’s particularly thrilling to collaborate with this enormously talented creative team. I consider Grey Gardens to be one of the most beautiful musicals to emerge in the past years, and I’m delighted to welcome these artists to the Goodman and Chicago.”

Helena Rubinstein and Elizabeth Arden defined beauty standards for the first half of the 20th Century. Brilliant innovators with humble roots, both were masters of self-invention who sacrificed everything to become the country’s first major female entrepreneurs. They were also fierce competitors, whose 50-year tug-of-war would give birth to an industry. From Fifth Avenue society to the halls of Congress, their remarkable rivalry was ruthless, relentless and legendary-pushing both women to build international empires in a world dominated by men.

Christine Ebersole (Elizabeth Arden), a native of Winnetka, received virtually every off-Broadway award and her second Tony Award for Leading Actress in a Musical for her dual performance as Edith Beale and Little Edie Beale in Grey Gardens. Other Broadway credits include her Tony Award-winning performance as Dorothy Brock in the smash hit revival 42nd Street, Dinner at Eight (Tony and Outer Critics Circle Award nominations), Steel Magnolias, On the Twentieth Century, I Love My Wife, Angel Street, Oklahoma, Camelot opposite Richard Burton, The Best Man and the recent revival of Noel Coward’s Blithe Spirit, co-starring with Dame Angela Lansbury. She has starred in five City Center Encores! productions, and received an Obie Award and a Drama Desk Award nomination for her work in Alan Bennett’s Talking Heads. Ebersole has appeared in over 20 feature films including The Wolf Of Wall Street, Amadeus, Tootsie, Richie Rich, Black Sheep, My Favorite Martian, Dead Again, Folks!, True Crime, My Girl 2 and The Big Wedding, which also features an original composition that she wrote and sang for the end credits of the film. Her television credits include being a regular cast member of Saturday Night Live’s 1981-82 season, the First Lady on the CBS hit show Madame Secretary, Unbreakable Kimmy Schmidt, American Horror Story: Coven, Royal Pains, three seasons of Sullivan and Son for TBS, Ugly Betty, Law and Order: SVU, Boston Legal, Will & Grace, and she starred as Tessie Tura in the TV movie Gypsy with Bette Midler. Ebersole has performed in the concert version of the opera The Grapes of Wrath at Carnegie Hall, and she appeared with the San Francisco Symphony at Carnegie Hall in a tribute to Leonard Bernstein. She performed at Boston’s Symphony Hall and Tanglewood starring as Desiree Armfeldt in a concert version of A Little Night Music with the Boston Pops. In televised concerts, she has often appeared on PBS, including her star turns in Ira Gershwin at 100: A Celebration at Carnegie Hall and The Rodgers & Hart Story: Thou Swell, Thou Witty. She has performed on the Kennedy Center Honors, for Andrew Lloyd Webber andJerry Herman. As a recording artist, she has released several albums including Live at the Cinegrill, Sunday in New York, In Your Dreams,Christine Ebersole Sings Noel Coward and Strings Attached. christineebersole.com