THE CHRISTMAS SCHOONER SETS SAIL AT THE MERCURY THEATER CHICAGO 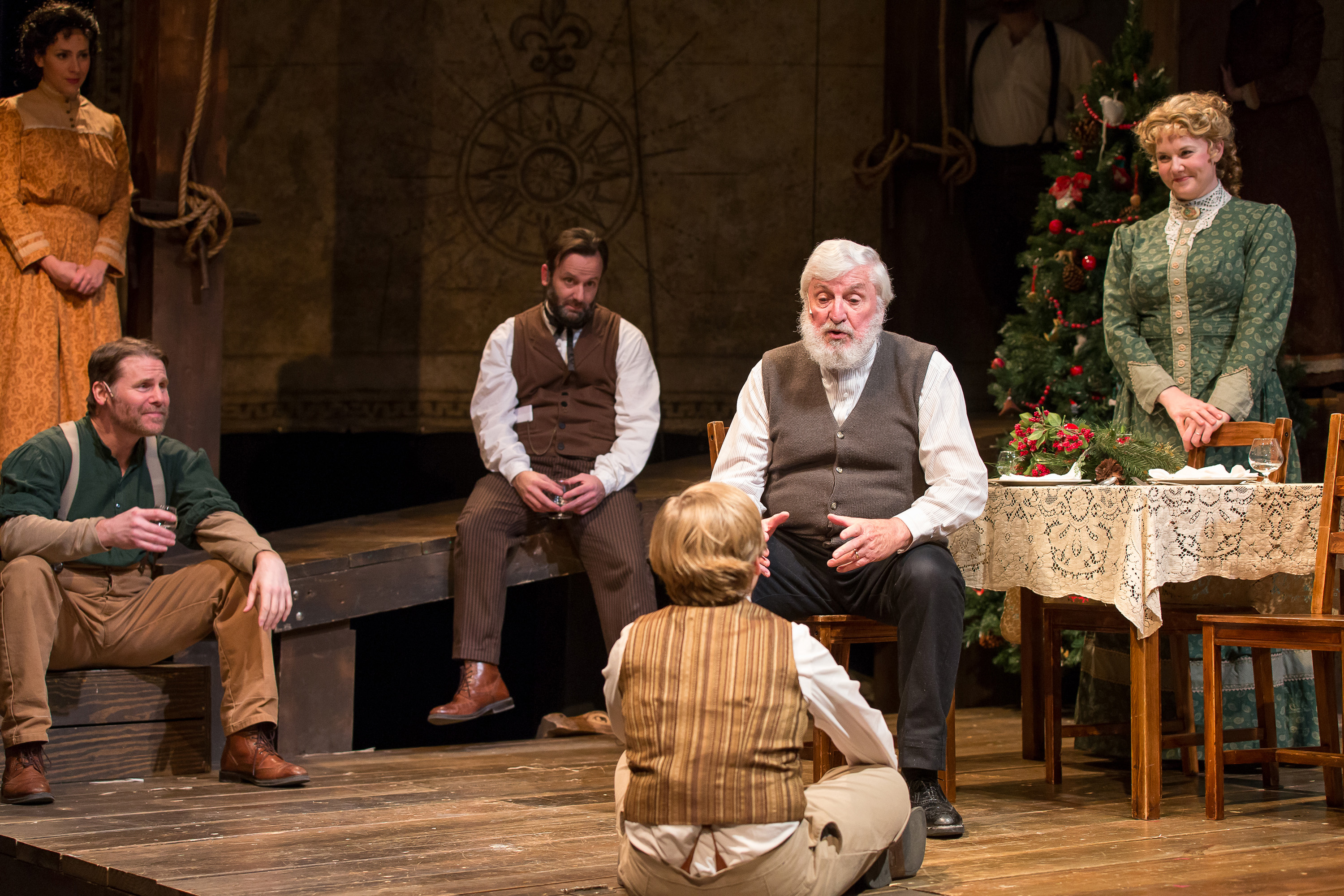 Mercury Theater Chicago, 3745 N. Southport Avenue, announces that The Christmas Schooner will be sailing for its fifth year at Mercury Theater Chicago, running November 25 through December 27, 2015.  Jeff Award winner Stef Tovar takes the helm as the Schooner’s captain, alongside Brianna Borger as the Captain’s wife Alma Stossel.  The whole family will enjoy this heart-warming musical story of the first Christmas tree ship and the family who risked their lives to fill Chicago with the Christmas spirit. The production features a powerful, moving story, an exquisite score of original music and traditional holiday favorites, and a company of 25 actors and musicians and is helmed by the Jeff-award winning team of L. Walter Stearns (Director), Eugene Dizon (Musical Director) and Brenda Didier (Choreographer).Hailed as “A sacred part of a Chicago Christmas!” by the Chicago Tribune, this production has become one of Chicago’s great holiday traditions. Actress Brianna Borger described her joy as “Every time those men sing ‘Hello, Chicago!’ my heart swells with love for this city and how wonderful it is during the holiday season. It’s a story that anyone can relate to; it is about love, devotion, family, promise, and the power of the holiday spirit. Captain Stef Tovar went on to say, “There are so many holiday theater options in Chicago, but this is the one story that is a Chicago story. That’s why it’s important we tell it–and why people should come see this heartwarming story about family and holiday traditions.”

The shipwreck of the Rouse Simmons, known as ‘The Christmas Tree Ship,’ served as inspiration for The Christmas Schooner. Her captain and crew risked the notoriously violent winter lake to bring Christmas trees from Michigan’s Upper Peninsula to Chicago’s German immigrants. Each year, Captain Herman Schuenemann would sell trees right off of the ship at the Clark Street Docks, and was known to give free trees to the needy. On November 23 1912, the ship was swept up in a terrible storm. It was not until 59 years later that she was discovered, lying in 170 feet of water. Today the Rouse Simmons and her cargo of 5,500 well stacked trees remain preserved in the cold, fresh waters of Lake Michigan and her legend has grown to mythical proportions. The Blaine Nickelodeon – the silent film theater that now houses the Mercury – opened that very same year.

The Christmas Schooner has entertained audiences in hundreds of productions including a twelve year run at Chicago’s Bailiwick Repertory Theatre. A timely and uplifting tale of love, The Christmas Schooner is a poignant ode to the rich legacy of Chicago and a reminder of our responsibility to celebrate the living while honoring our heritage. In 2011, Mercury Theater Chicago revived The Christmas Schooner with a full orchestra and an all-star cast, garnering a “Best Production” nomination for the 2012 Jeff Awards. The production has been called “A grand family tradition!” by The Chicago Tribune and “An inheritance to be treasured…Highly recommended!” by the Chicago Sun-Times. Time Out Chicago Kids says that “A slice of Chicago history and an emotion-packed, Christmas-themed tale of redemption give the Mercury Theater’s production of The Christmas Schooner all the trappings of a family holiday tradition in the making!”

The beautifully renovated Mercury Theater Chicago is an intimate jewel box of a theater in the heart of the Southport Corridor, a sophisticated neighborhood of restaurants and boutiques just steps from Wrigley Field. A delightful theater destination, Mercury Theater Chicago takes care of its guests from the moment they arrive with valet service and dining at its adjoining restaurant, Deleece. Under the leadership of Executive Director L. Walter Stearns, Mercury Theater Chicago will follow The Christmas Schooner with a world-premiere musical, The Man Who Murdered Sherlock Holmes.