Podcast with ‘Ghost The Musical’s’ EVETTE MARIE WHITE from SHOWBIZ CHICAGO on Vimeo. 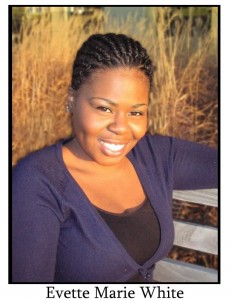 EVETTE MARIE WHITE (Clara, Ensemble, u/s Oda Mae Brown) is a native Virginian who has been seen in Hairspray, Company, Working, The Bluest Eye, Death of a Salesman and the world premiere of Marcus Gardley’s The Road Weeps, The Well Runs Dry. Howard University. God is Love.

GHOST THE MUSICAL, based on the film by Bruce Joel Rubin and Paramount Pictures  is taking North America by storm as the new Broadway and West End musical GHOST THE MUSICAL, adapted from the Academy Award-winning film, will play Chicago’s Oriental Theatre (24 West Randolph) for a limited two-week engagement from Jan. 7 – 19, 2014.

GHOST THE MUSICAL is directed by Tony Award-winnerMatthew Warchus (Matilda, God of Carnage, The Norman Conquests, Boeing-Boeing) and choreographed by Ashley Wallen (“The X Factor”, Kylie Minogue, Seal, Madonna’s film WE). The musical features book and lyrics by Bruce Joel Rubin (Ghost, Jacob’s Ladder, The Time Traveler’s Wife) who has adapted his Academy Award-winning original screenplay for the stage, and original music and lyrics by a team of Grammy Award-winners, including Dave Stewart(half of the multi-Grammy Award-winning Eurythmics) andGlen Ballard (Michael Jackson’s Man In The Mirror, Alanis Morissette’s Jagged Little Pill). The score also includes the iconic song “Unchained Melody,” written by Hy Zaret andAlex North (Courtesy of Frank Music Corp. ASCAP) and famously performed in the film by The Righteous Brothers. 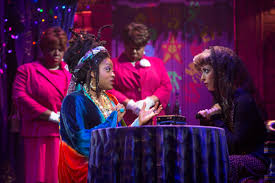 Set in modern day New York City, GHOST THE MUSICAL is a timeless fantasy about the power of love. Walking back to their apartment one night after a romantic dinner, Sam and Molly are mugged, leaving Sam dead on a dark street. Sam is trapped as a ghost between this world and the next and unable to leave Molly, who he learns is in grave danger. With the help of a phony storefront psychic, Sam tries to communicate with Molly in the hopes of saving and protecting her.

GHOST THE MUSICAL has been enjoyed by over 1 million people worldwide and has been nominated for numerous awards including five Olivier Awards and three Tony Awards. It is also currently in Hungary and touring the UK and productions in Italy and Korea open later this year. 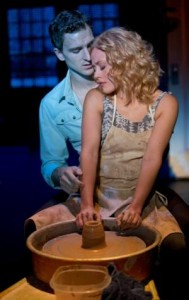