No matter if she’s a good witch on Broadway, a sassy press secretary on TV or a show-stopping singer on stage, Tony and Emmy Award-winner Kristin Chenoweth is always absolutely mesmerizing. Most recently seen in NBC’s Hairspray Live!, Chenoweth hits it out of the park with everything she does, and she’s bringing that same level of charm, spunk, grace and all-around excellence to west suburban Chicago’s Paramount Theatre,
23 E. Galena Blvd. in downtown Aurora, one-night-only, Saturday, November 4 at 8 p.m.

If you love basking in the glow of incredible talent, you need to see An Intimate Evening with Kristin Chenoweth. Tickets are $75 and $85. The exclusive pre-sale for Paramount subscribers only starts Friday, May 26 at 10 a.m. Tickets go on sale to the general public Tuesday, May 30 at 10 a.m.
To purchase, visit ParamountAurora.com, call the box office at (630) 896-6666, or stop by the Paramount Theatre box office, 10 a.m. to 6 p.m., Monday through Saturday.
Note: There are a limited number of VIP tickets for $185 including a front row seat, post-show meet and greet and picture with Kristin Chenoweth. One hundred dollars benefits the Kristin Chenoweth Arts and Education Fund, part of ArtsOK, Inc., the Regional Arts Alliance of Broken Arrow that provides camps, classes, performance opportunities and scholarship opportunities for children in Broken Arrow, OK. Learn more at baarts.org/about.
About Kristin Chenoweth

From her southern roots singing in church, Kristin grew up to be a powerhouse singer, Emmy and Tony Award-winning actor and author, whose career spans film, television voiceover and stage. In 2015, Chenoweth received a coveted star on The Hollywood Walk of Fame. In 2009, she received an Emmy Award for Best Supporting Actress in a Comedy Series for her role in Pushing Daisies. In 1999, she won a Tony Award for You’re A Good Man, Charlie Brown and she was also nominated for her original role of Glinda the Good Witch in Wicked in 2004. 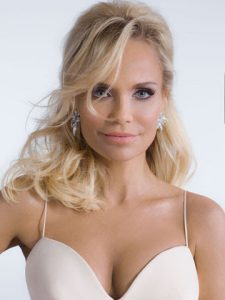 Chenoweth has been nominated for two Emmy Awards and for a People’s Choice Award for her role on Glee. In 2009, she wrote an upliftingly candid, comedic chronicle of her life so far, “A Little Bit Wicked,” which debuted on the New York Times Hardcover Non Fiction Best Seller List.   In 2015, Chenoweth earned a Drama Desk Award, Outer Critics Circle Award and Broadway.com Audience Choice Award for her lead role in Roundabout Theatre’s On the Twentieth Century. She also earned nominations for a Tony Award and a Drama League Award.    Chenoweth has performed to sold-out audiences across the world, including at Carnegie Hall and Royal Albert Hall. In 2014, she released a CD and DVD of her own live concert performance, Kristin Chenoweth: Coming Home.
Notable TV roles include appearances in The West Wing, Disney’s Descendants and most recently The Muppets. In film, Chenoweth voiced the role of Gabi in the hit animated film Rio 2 and Fifi, Snoopy’s beloved French poodle in The Peanuts Movie. She starred in the indie teen drama entitled Hard Sell and additional film credits have included The Boy Next Door, Deck the Halls, Twelve Men of Christmas, Four Christmases, RV, Bewitched, The Pink Panther, Hit & Run and Family Weekend. 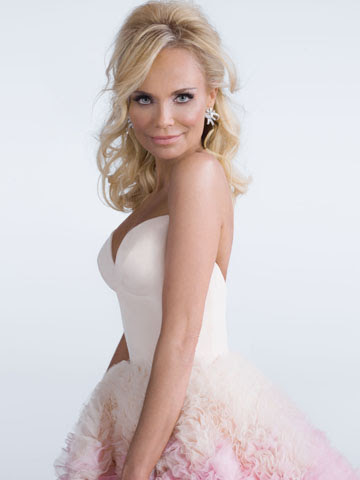 Chenoweth recently starred in NBC’s Hairspray Live! as Velma Von Tussle. She is also lending her voices to some animated films such as Lionsgate/Hasbro’s My Little Pony: The Movie, set for a fall 2017 release and The Star, which is set to be released in November 2017. Additionally, Chenoweth has reunited with executive producer Bryan Fuller in his series American Gods in the role of Easter now airing on Starz.   Last year, Chenoweth released The Art of Elegance, her first album of American Songbook classics via Concord Records, debuting at #1 on Billboard’s Current Jazz and Traditional Jazz charts, and #1 on Amazon’s Vocal Pop chart. She also returned to the stage in her limited engagement My Love Letter to Broadway at the Lunt-Fontanne Theatre, receiving rave reviews.

Chenoweth is a graduate of Oklahoma City University with a Master’s degree in Opera Performance. She formed a charity partnership with the Broken Arrow Performing Arts Center (BAPAC) Foundation in her home state of Oklahoma. Chenoweth’s accomplishments were honored by her hometown with BAPAC naming “The Kristin Chenoweth Theatre” in 2012.  Chenoweth is also a passionate supporter of charities which dedicate their time and efforts to helping those in need. She is an inductee into the Oklahoma Hall of Fame, as well as the Oklahoma Music Hall of Fame. For more, visit originalkristinchenoweth.com.
More about Paramount’s 2016-17 and 2017-18 seasons

Home to more than 33,000 subscribers for its Broadway Series, Paramount’s current 2016-17 season concludes with Jesus Christ Superstar, closing this Sunday, May 28, after a highly acclaimed run.

Continuing its growth as one of the nation’s preeminent regional theater powerhouses, Paramount has already announced four blockbuster musicals for its upcoming 2017-18 Broadway Series: Million Dollar Quartet, Elf: The Musical, Cabaret and Once.

The balance of Paramount’s 2017-2018 season, including a host of one-night-only and short-run performances by internationally acclaimed stars like Kristin Chenoweth, will be announced June 1.

About The Paramount Theatre
The Paramount Theatre (ParamountAurora.com) is the center for performing arts, entertainment and arts education in Aurora, the second largest city in Illinois. Named “One of Chicago’s Top 10 Attended Theatres” by the League of Chicago Theatres, the 1,888-seat Paramount, located in downtown Aurora at
23 E. Galena Blvd., is nationally recognized for the quality and caliber of its presentations, superb acoustics and historic beauty.

The Paramount opened on September 3, 1931. Designed by renowned theater architects C.W. and George L. Rapp, the theater captures a unique Venetian setting portrayed in the art deco influence of the 1930s. The first air-conditioned building outside of Chicago, the Paramount offered the public a variety of entertainment, including “talking pictures,” vaudeville, concerts and circus performances for more than 40 years.

In 1976, the Aurora Civic Center Authority (ACCA) purchased the Paramount and closed the theater for restoration. The $1.5 million project restored the Paramount to its original grandeur. On April 29, 1978, the Paramount Arts Centre opened, offering a variety of theatrical, musical, comedy, dance and family programming. In 2006, a 12,000-square-foot, two-story Grand Gallery lobby was added, with a new, state-of-the-art box office, café and art gallery.

Today, the Paramount self-produces its own Broadway Series, presents an eclectic array of comedy, music, dance and family shows, and on most Mondays, screens a classic movie.
The Paramount Theatre is one of three live performance venues programmed and managed by the ACCA, which also oversees the Paramount’s “sister” stage, the intimate, 173-seat Copley Theatre located directly across the street from the Paramount at 8 E. Galena Blvd., as well as RiverEdge Park, downtown Aurora’s summer outdoor concert venue.
The Paramount Theatre continues to expand its artistic and institutional boundaries under the guidance of Tim Rater, President and CEO, Aurora Civic Center Authority; Jim Corti, Artistic Director, Paramount Theatre; a dedicated Board of Trustees and a devoted staff of live theater and music professionals.
For tickets and information, go to ParamountAurora.com or call
(630) 896-6666.