Chicago Dancing Company was established in 2006 to heighten awareness of dance in Chicago, increase accessibility to the art form and provide inspiration for local artists. CDC produces the Chicago Dancing Festival each summer and was founded by internationally renowned choreographer Lar Lubovitch and highly esteemed dancer Jay Franke.

In nine seasons, Chicago Dancing festival has commissioned eight new works, presented more than 100 dance companies at five premier Chicago venues and built an audience of ninety thousand attending from communities all across Chicago. It is the only free dance festival of its kind in the nation and its mission is to build new audiences through increased accessibility and a wide variety of dance. 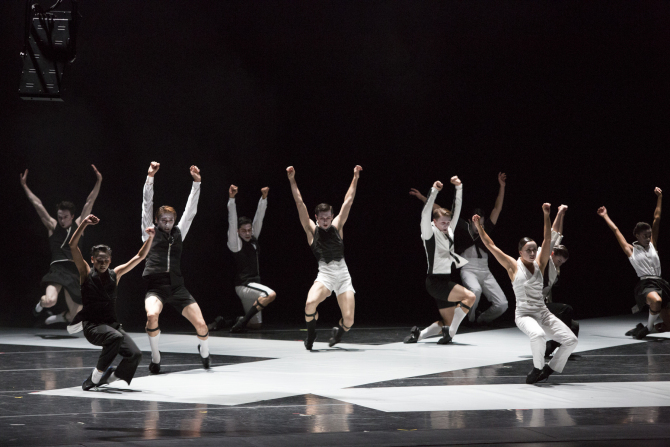 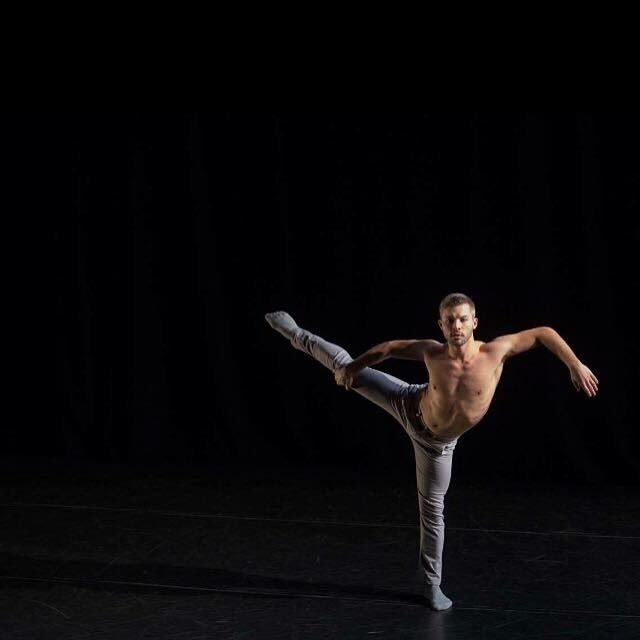 The opening night began with all of the artists taking company bows and the audience greeted them with much applause and cheers. The first ballet was George Balanchine’s 1940 masterpiece Concerto Barocco to the music of Johann Sebastian Bach’s “Concerto in D minor for Two Violins” performed by artists of the Pennsylvania Ballet and the company is in great shape! The solid pointe work of the lovely, tall, leggy ballerinas evoked Balanchine’s style as if he was still choreographing and the work proved in that great choreography is as fresh today as it was 77 years ago. Lilliana di Pazza and Marria Cosentino were the ballerinas and James Ihde their Cavalier. The three were supported by a corps of eight soloists every one of which possessed the same virtuosity and technical abilities as the leading artists.

Concerto Barocco is a study in the Russian Imperial style where Balanchine grew up having studied and performed at the Imperial Maryinsky Ballet. Shoulders back and chests out, the dancers filled the stage with high jumps, rigid choreographic patterns and a nod to yesteryear of Russian ballet. The choreography recalls the strict studied moves just like the Russian Imperial court where no one was allowed to stand out. A beautiful and thrilling opening piece and the capacity audience thought so, too.

The second piece was Appalachian Spring by the Martha Graham Company. Aaron Copeland had composed the music especially for Ms. Graham and although debuting in 1944, the ballet looked and felt as a new and contemporary piece of dance theatre. I am happy I had the opportunity to see Appalachian Spring last night because I would not have selected it. As a young New Yorker I remember many evenings in the audience of Ms. Graham’s company when it performed on Broadway and she had built such a cult following that her works could not stand on their own; Appalachian Spring does.

The story is a simple one: it is springtime in the wilderness and is celebrated by a man and woman building a house with joy, love and prayer; a revivalist and his followers in their shouts of exaltation; a pioneering woman with her dreams of the Promised Land. Charlotte Landrou was the Bride, Lloyd Mayor her Husband, Lorenzo Pagano the Preacher and Konstanina Xintara as the Pioneering Woman. Ms. Xintara possesses star quality and attracted much of the stage’s attention just by being on stage with her regal composure. The Followers of the Preacher were Laurel Dally Smith, Anne O’Donnell, Anne Souder and Xin Ying who were sometimes comic and helped supported the action. They were precision perfect and I was reminded me of the four Baby Swans from Swan Lake. The work looked so fresh, the costumes sparkled and I was amazed at the choreography which proved all of her dancers were thoroughly schooled in the classical ballet. Thank you Chicago Dancing Company for giving me the gift of seeing this ballet through my now mature eyes!

The third offering was another Balanchine work I had never seen performed by Stars of American Ballet to the music of Gershwin. Just like Irving Berlin who immigrated to the United States, so did Balanchine and, like Berlin, had a love affair with America which he demonstrated through his works.

This piece, Who Cares? Is one of his Valentines to the nation. Simply put: solos and pas de deuxs abound and all of the Balanchine fetes, virtuosity and stops are pulled out. Lovely, tall ladies with very long legs are whirling, jumping and astonishing the audience. Brittany Pollack and Amar Ramasar were the first couple, Sterling Hyltin and Ask LeCour the second and Teresa Reichlen and Daniel Ulbricht the third. All of these dancers seemed to be defying gravity and I never felt I had to help them with their jumps: their elevations and pointe work were razor sharp and all of these artist worked so beautifully together to weave a cloth of many colors. Bravi!

The fourth offering was a modem piece called Episode 31 and commissioned by the Joffrey Ballet and premiered at the Chicago Dancing Festival in 2013. Almost the entire company of young, talented and attractive artists was on stage in a quite dated, pretentious work from the 90s. It began with a screen being lowered and I thought: “Oh, no! A narration is needed to explain the work and what we should perceive; always a bad sign for what it to come as great art should not need narration. Strange on the eyes and hard on the ears, I asked myself “Why?” The company sorely needs to invest in a new sound track because it sounded like a 78RPM scratched record of yesteryear. An uneventful end to an otherwise glorious evening of dance I will admit that I have a personal bias toward “modern” dance find it passé.

I have seen the Joffrey do much better and more deserving work. It is becoming a world class ballet company and they should focus their energies and immense talent on pieces that are more stage worthy.

The real test to the success of a dance piece is how many balletomanes will walk up to the box office and plunk down money to see it? Perhaps this is why they include it in a free evening of dance, underwritten by public support.