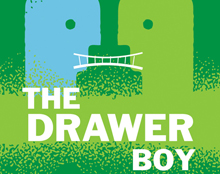 Open auditions for the musical comedy murder mystery Something’s Afoot will be held Monday, December 15 and Tuesday, December 16 at 7:00 p.m. each night at Ocala Civic Theatre.

In this spoof of classic Agatha Christie detective stories, ten unfortunate souls are invited for “a marvelous weekend in the country air” at a secluded English estate, but find quite a different scenario when they’re stranded during a thunderstorm. Their host is dead, and more bodies are piling up in the library, killed one by one with fiendishly clever traps. It’s a frantic race against the clock for the captive survivors to find out “whodunit” and catch the cunning culprit. Will it end with “And then there were none”? Set in 1935 with a rousing vaudeville-style score, this suspenseful satire is a smashingly good time – and far funnier than foul play should be. Audiences just might die laughing…

Roles are available for six men and four women:

It is only necessary to attend one night of auditions. Newcomers and theatre veterans alike are welcome and encouraged to audition. Please prepare 16-20 bars of a musical theatre song that best shows your range. Bring sheet music in your key, as an accompanist will be provided, or bring an accompaniment CD without vocals. Please be prepared to read from the script or sing from the score. A short piece of choreography will be taught for the dance portion of the audition. Please wear appropriate clothing and shoes – either dance shoes or closed-toed shoes. No sandals, flip-flops, or open-toed shoes will be allowed.

If you are unable to attend the scheduled auditions, please contact the Theatre to make a separate appointment. Copies of the script are available at the Theatre and may be checked out for one week with a $10 refundable deposit. Please call (352) 236-2274 before coming to make sure a script is in stock. Scripts checked out the week before auditions must be returned by Friday, December 12 at 5:30 p.m.Rehearsals will be held at the Theatre beginning Monday, December 22 at 7:00 p.m. and are generally held Monday through Friday from 7:00-10:00 p.m. Please bring to auditions a list of potential conflicts with rehearsals. There will be 21 public performances of Something’s Afoot from February 5 – March 1, 2015.

Something’s Afoot is directed by Jim Sohre, who made his OCT debut as the director of last season’s record-breaking Les Miserables. He has directed or served as music director for more than 150 productions including Hairspray, The Producers, The Drowsy Chaperone, The Sound of Music, Lucky Stiff, Thoroughly Modern Millie, Victor/Victoria, The Wizard of Oz, and many others. Many recent productions were at Heidelberg Roadside Theatre and Kaiserslautern KMC Onstage while Jim served as the Army Europe Command Entertainment (Theatre and Music) Director before his retirement from Army Entertainment after 40 years of service. He has a Bachelor of Arts in Music from the University of Wisconsin and a Master’s Degree in Theatre from Tulsa University. He has received multiple awards from the U.S. Army for his work improving the quality of life for soldiers throughout Europe, and from the American Association of Community Theatre (AACT) for “promotion and development of the highest standards for community theatre.” He was recently honored with a dedicated chair at the National Theatre in Washington, DC.  Jim also has a passion for opera and travels Europe and the U.S. to review productions for the acclaimed internationally known online magazine Opera Today. He serves as Production and Young Artists Program Coordinator for Opera Las Vegas, for which he recently devised and directed A Passion for Puccini, an evening of staged arias and scenes in the Smith Center, Las Vegas’ premier cultural venue. He is a founding member of the city’s Valley Theatre Awards program, for which he adjudicates and directs the annual awards show. Upcoming projects include coordinating a benefit performance for the grand re-opening of the renovated Liberace mansion, directing The Addams Family for Des Moines Playhouse, and adjudicating the 2015 National Theatre Festival for AACT. Music director for Something’s Afoot is Ryan Pagels. Stage manager is Emily Stanger.

Performing live on stage is a unique experience. Open auditions offer a great opportunity to join a grand tradition!

Ocala Civic Theatre, located at 4337 East Silver Springs Boulevard (State Road 40) in the Appleton Cultural Center, produces more than 12 fully staged, professional-quality live performances each season and also hosts touring companies. The Theatre is volunteer-based and is one of the largest community theatres in the state, serving more than 70,000 Marion, Citrus and Lake County residents each season and reaching more than 1,000 students ages 4-18 year-round through the Education Department. Ocala Civic Theatre is designated as a not-for-profit, 501(c) (3) organization by the Internal Revenue Service.