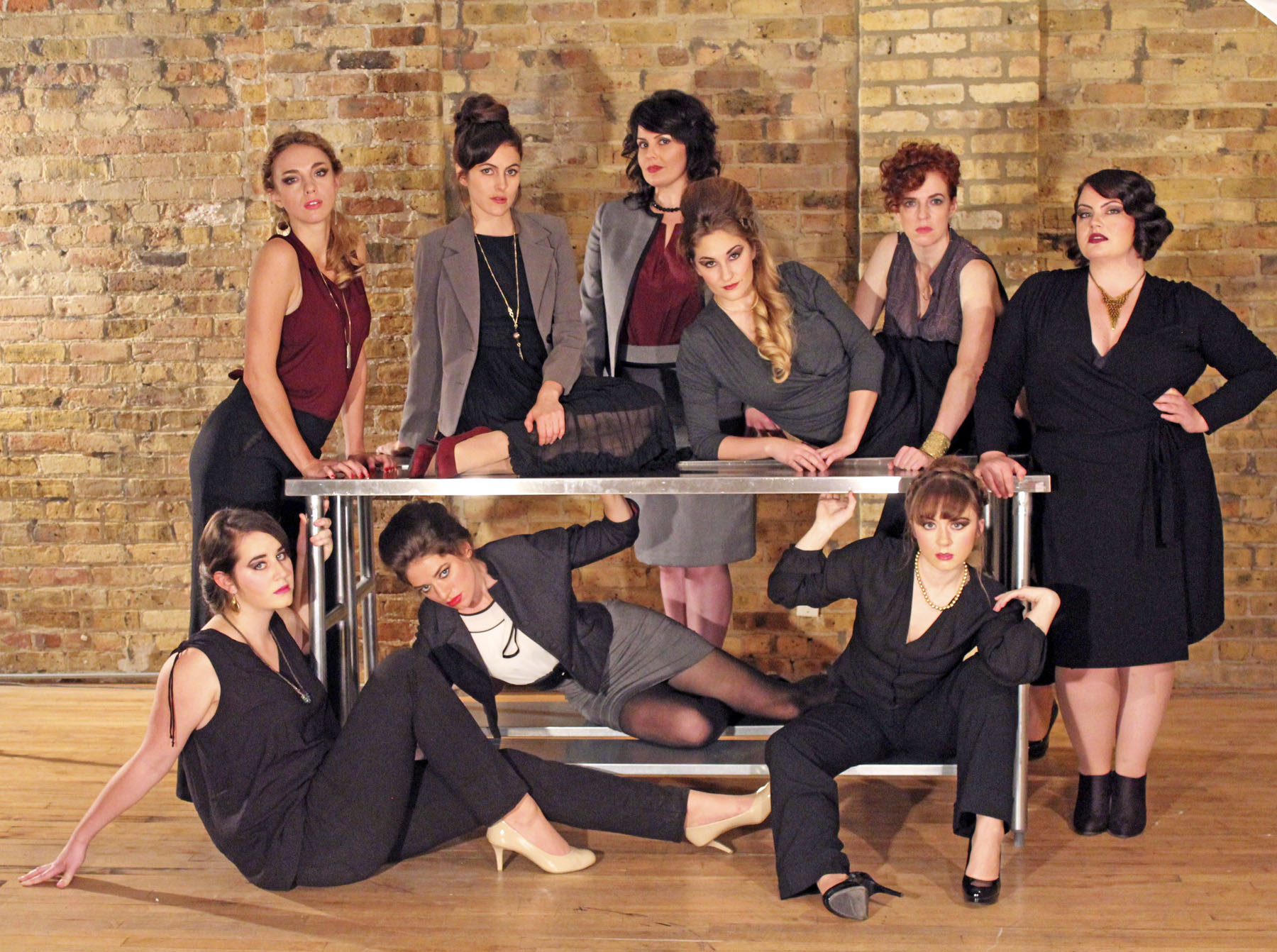 TOP GIRLS follows the life and dreams of Marlene, a career-driven businesswoman who has risen to the top of her employment agency. Through interviews with prospective candidates, an absurdist dinner party with controversial women from history and conversations with her estranged family members and slick co-workers, Marlene explores the pain inherent in the inevitable choice between career success and strong family ties. In a world of the “Supermom” and a shattering glass ceiling, TOP GIRLS reveals the conflict that comes with the ultimately flawed desire to “have it all.”

Caryl Churchill (Playwight) wrote her first play, Downstairs, while at Oxford University. It was staged in 1958 and won the award at the Sunday Times National Union of Students Drama Festival. Her plays have been performed on international stages, on the BBC radio and adapted for BBC television. They include Light Shining in Buckinghamshire, Owners, Cloud Nine, Fen, Three More Sleepless Nights, Top Girls, Serious Monkey (which won the Laurence Olivier/BBC Award for Best New Play), Mad Forest, The Skriker, Far Away, A Number, and a new version of August Strindberg’s A Dream Play. Her latest play, Drunk Enough To Say I Love You?, premiered at the Royal Court Theatre, where she served as Resident Dramatist in 1974 and 1975. She lives in London.

Mark Boergers (Director) is the Artistic Director and co-founder of The Arc Theatre. He holds his MFA in Acting from The Theatre School at DePaul University as well as a BS in Business administration from Marquette University. He is a full-time faulty member and Artistic Director for the Performing Arts Department at Cardinal Stritch University in Milwaukee, WI. He has also works as a freelance casting associate for Paskal-Rudnicke Casting. Past directing credits include: A Midsummer Night’s Dream, Merry Wives of Windsor, Romeo and Juliet, Twelfth Night and Much Ado About Nothing for Shakespeare on the Ridge, Slow Dance on the Killing Ground for Athena Theatre in Los Angeles, Oedipus Rex for The Arc Theatre and Steel Magnolias and Kindertransport for Cardinal Stritch. www.markboergers.com.

About The Arc Theatre

The Arc Theatre is a proud company in the image of Chicago Storefront Theaters. Formed in 2010 by three soon-to-be graduates of The Theatre School at DePaul University, The Arc is in artistic residence at “Shakespeare on the Ridge” in Evanston and produces a season of classical, contemporary and new works around Chicago with a relentless commitment to quality of process and craft. Having gained a reputation for intimate story-telling and rich creative experiences for both audience and artist, The Arc works with some of the most provocative theater practitioners in Chicago to create its one-of-a kind renditions. Following 3.5 and 4 star productions of Oedipus Rex and Twelfth Night in 2013, The Arc’s current season exploring “the glass-ceiling” is its most ambitious and thought-provoking yet.