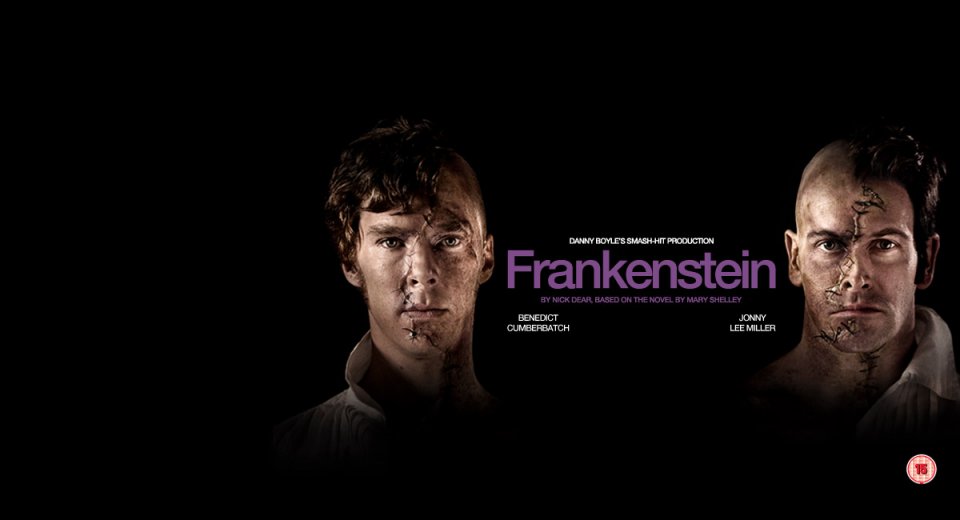 The production was a sell-out hit at the National Theatre in 2011, and the broadcast has since become an international sensation, experienced by almost half a million people in cinemas around the world. In this new adaptation, Benedict Cumberbatch and Jonny Lee Miller alternated in the roles of Victor Frankenstein and the Creature. National Theatre Live filmed FRANKENSTEIN twice so audiences could experience Cumberbatch and Miller in each role.

Childlike in his innocence but grotesque in form, Frankenstein’s bewildered creature is cast out into a hostile universe by his horror-struck maker. Meeting with cruelty wherever he goes, the friendless Creature, increasingly desperate and vengeful, determines to track down his creator and strike a terrifying deal. Urgent concerns of scientific responsibility, parental neglect, cognitive development and the nature of good and evil are embedded within this thrilling and deeply disturbing classic gothic tale. A sneak peek of the production can be seen HERE.

OF MICE & MEN by John Steinbeck

Encore screenings are now ongoing for some of National Theatre Live’s most acclaimed recent productions. Encore dates and cinema locations are added frequently. Current encores running in the US include:

For listings and to learn more and purchase tickets, visit www.ntlive.com.