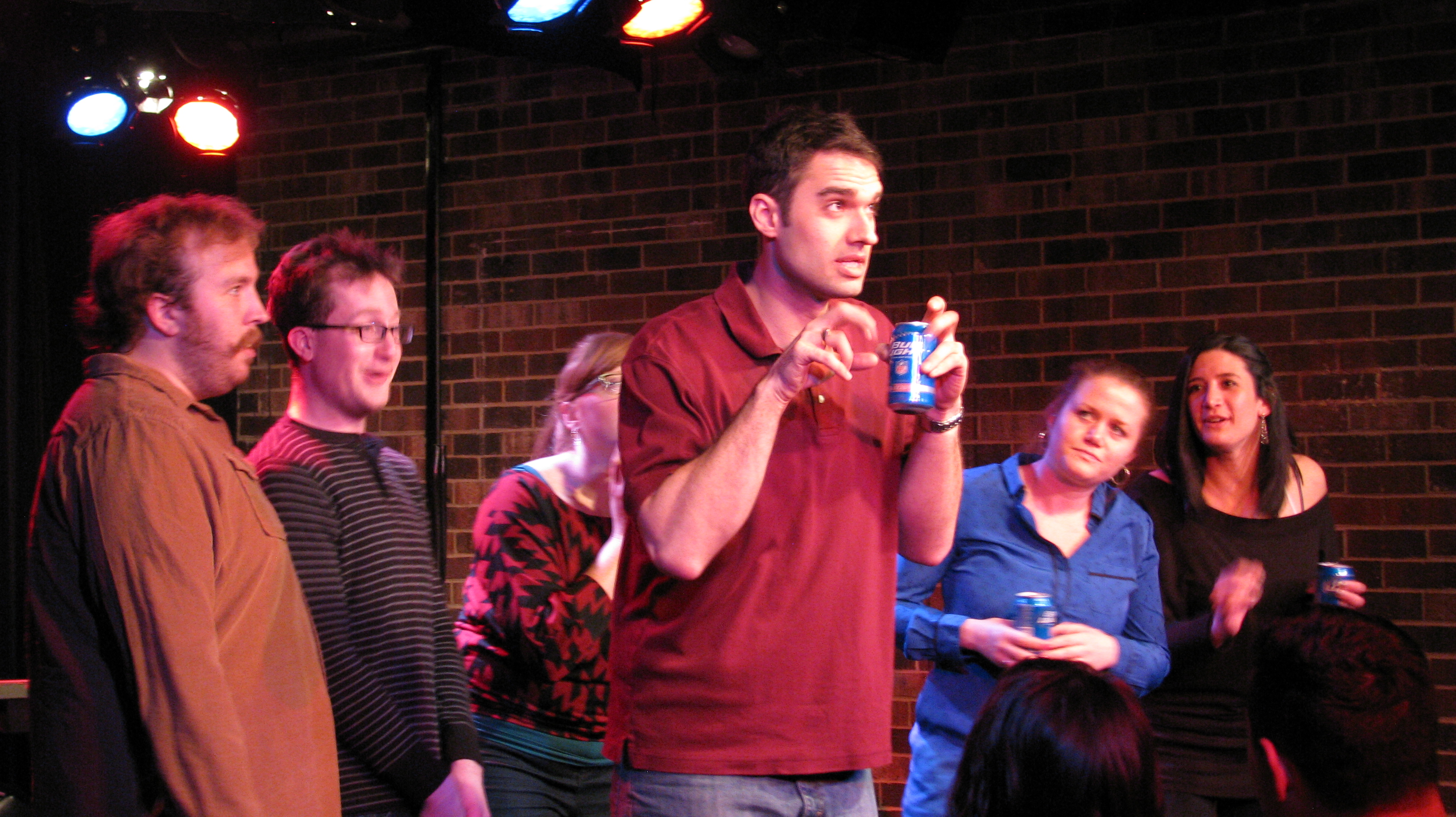 Tickets are $19 general admission, $14 for groups (eight or more), $10 student/industry, and are available by calling the Apollo Theater box office at 773.935.6100 or by ordering online. Thirsty’s fall season runs through Dec. 20.

Thirsty is no predictable sketch show – more akin to “Who’s Line Is It Anyway?” performed during a raucous cocktail hour. Each performance combines short-form improv, drinking games selected at random by the audience, and assorted late-night game-show flavor. The cast takes numerous suggestions throughout the show to craft the improv scenes. The evening’s drinking games are selected at random by audience members who volunteer to spin the wheel of drinking games. The result is that no two shows are the same.

Thirsty also features live music from various acts, including the Friday house band, The Hung Cats, and the Saturday piano maestros John Sturk and Matt Griffo. Additionally, the cast always offers up an infectious nightly sing-a-long inspired by one member of the audience.

The cast is comprised of some of Chicago’s best and brightest improvisors, combining the talented veterans – with pedigree from iO, Second City, ComedySportz and the Annoyance Theater – and energetic newcomers on the scene. Thirsty has also been performed to enthusiastic audiences in New York, Toronto and Rock Island, IL.

Reviews from Goldstar (4.5 out of 5 star average over 55 audience reviews) include:

“Thirsty was a rollicking good time! The experienced cast was extremely entertaining and the audience involvement was definitely a highlight.”

“This is the second time we went, and it was even funnier than the first.”

“The comedy is very creative and very much based on the input from the house. The drinking aspect makes it feel like a big party in a friend’s basement!”

In a time when it seems every theater is trying out its own “drinking show,” Thirsty returns to deliver every year with more scenes, songs and shots to sold-out houses long after others’ kegs have been tapped.