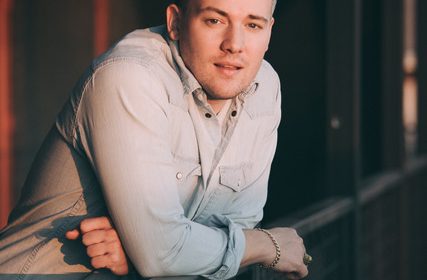 Davis Mallory, the blond-haired blue-eyed fraternity brother who came out nationally on MTV’s The Real World, is delivering a love message this Valentine’s Day. Produced by KELLR, “Under Your Spell”, the first single from his upcoming EP LOUD, is a lush, heartfelt ballad about those special people who come into our lives, ignite our passions and turn our world’s upside down. “I would love to find someone to spend the rest of my life with,” says Davis, recently single after splitting from a two-year relationship. “Especially since both of my siblings are now married as well as several of my gay friends. I would love to start that next chapter of my life.”

“I’ve fallen under someone’s spell several times in my life,” continues Davis from his Nashville home. “From those early high school crushes to my first boyfriend who I dated on The Real World.” 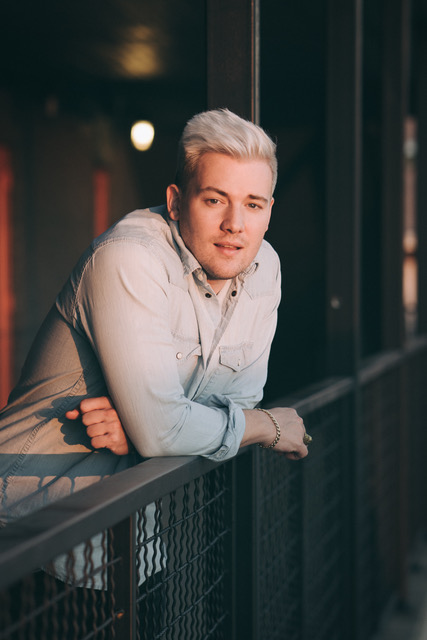 Releasing to iTunes Tuesday, February 7th, “Under Your Spell” was inspired by Davis’ most recent ex, a man he was on-and- off with since 2014. It was written during the early stages of the relationship when everything was warm and tingly and their future seemed bright. “I’m a Leo, so when I fall for someone, I envision it lasting forever,” he admits.

The excitement is reflected in the song’s music video, directed by Derrick Lipschitz and filmed at the DCXV “Heiroglitches” mural by Nashville artist Adrien Saporti. Starring Ashley Saggs and William Harris III as the joyously unrestrained couple in love, the video, releasing with the single, depicts the story of a relationship taking off. In the mist of their wild exuberance, the video cuts to dreamboat Davis crooning how “in this little world of ours, you are the sun the stars”.

“The entire EP was written during my relationship’s climb and fall,” explains Davis of LOUD,  releasing April 25, 2017.

The title track, written with Mitchell Rose and produced by Ricca Vita & J. Hanna, explores the passion Davis enjoyed at the start of the romance. “It’s my Marvin Gaye’s ‘Let’s Get it On’ or my George Michael’s ‘I Want Your Sex,’” he laughs, with a shy grin. “It’s a bit outside of the norm of what I usually write about.”

Two remixes of “Loud” will be included on the EP. The first, by Miami-based producer Landis, will be released later this month by Armada Records. The second remix is by Los Angeles-based producer BPT.

In “Ocean Blue,” co-written with Lockwood Barr (winner of Nashville Music Industry Award’s “Best Live Country Performer”) and produced by Brazilian duo Paulo Ventura & RDR, Davis sings about the great lengths he now knows he would travel for someone he is in love with. “The relationship really tested my boundaries on how far I would go to keep it going.”

He sings about struggling to maintain a long distance relationship in “Distance,” a song he wrote with Bay Brooks (who competed on TV’s The Voice). “I tear up when I sing the song live as it’s one of the more emotional tracks for me.”

“Be Without You” is the darkest song on LOUD. “I wrote it right after our final breakup, when I realized we had reached the end. My mom doesn’t like the song. She doesn’t like sad music, but it was my way of dealing with the pain that comes from the end of a relationship.”

Since the split, Davis has strategically taken a break from dating to focus on his music and dedicate his time and energy to building his legacy. “Music, for me, isn’t about making money or becoming famous. It’s about creating something that I am passionate about and that I hope will live on even after I die. I listen to music all day. It’s the art form I love most.”

Born and raised in Marietta, GA, Davis was surrounded by a musical family and grew up singing in his church choir. His uncle John Mallory wrote songs for Sixpence None the Richer and Wynona Judd. His uncle Chaz Corzine managed artists Amy Grant, The Civil Wars’ Joy Williams and Michael W. Smith.

In addition to appearing on MTV’s The Real World and MTV’s The Challenge, Davis was a music news correspondent for MTV’s NewNowNext.com, curating playlists, reviewing live shows, promoting new music and interviewing artists including Ellie Goulding, Janelle Monae and NERVO. He also worked in A&R and promotion for Astralwerks Records (UMG/Capitol), engaging campaigns for David Guetta, Swedish House Mafia, Empire of the Sun, Kylie Minogue, NERVO, and Kraftwerk, among others. While at Astralwerks, Davis began training as a DJ, making his debut at the legendary nightclub Pacha. He also began to dabble in songwriting.

In 2013, Davis moved to Nashville to focus solely on songwriting and recording music. From 2015 through 2016, he wrote over 130 songs. He selected those he felt were the most homogenous to create his debut EP, LOUD.

“I channel my emotions into my music, hoping they resonate with others. Ultimately, I want to write optimistic, fun songs that spread positivity,” he says. “With the release of LOUD, I’m happy to finally put to bed all the feelings from my last relationship. Its time I look ahead to who may be waiting around the corner.”

As to who he might be, Davis explains, “I think someone who is fun and playful and can be my best friend will always be who I’m looking for.”