Windy City Playhouse (3014 W. Irving Park Road) announces the complete casting for Fernanda Coppel’s “King Liz,” a production that “keeps you gasping with excitement” (Observer) over one woman’s journey to take on the male-dominated world of sports agents. Chicago mainstay Chuck Smith will direct the second production in Windy City Playhouse’s third season, featuring Lanise Shelley (“The Comedy of Errors” at Chicago Shakespeare Theatre and “Death Tax” at Lookingglass Theatre Company) as the title character. Together with Shelley, “King Liz” also features a Chicago ensemble including Eric Gerard (“Octagon” at Jackalope Theatre), Cedric Mays (“The African Company Presents Richard III” at American Players Theatre), Jackie Alamillo (Upcoming: “The Wolf at the End of the Block” at Teatro Vista), Caron Buinis (“Chimerica,” Timeline) and Frank Nall (“Only Kidding,” Emergent Theatre Company). Previews for “King Liz” begin May 24 and the production runs through July 16. The Press Night is Wednesday, May 31 at 7:30 p.m. Tickets ($15-$55) go on sale April 1 and can be purchased at the Windy City Playhouse Box Office online or by calling the Box Office at (773) 891-8985. 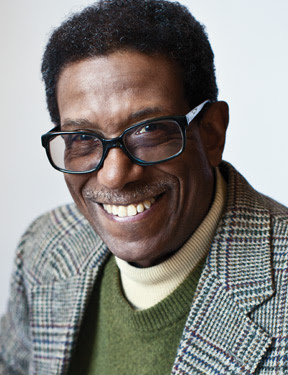 “’King Liz’ is a topical and fresh look women working in a male-dominated industry—showcasing Fernanda’s empowering story of a strong woman at the top of her game—and we know our audiences will find it relevant and entertaining,” said Windy City Playhouse Artistic Director Amy Rubenstein. “I couldn’t be more proud to welcome Chuck Smith back to the Playhouse once again after he directed ‘Stick Fly’ in 2015 as part of our inaugural season. Chuck has put together an A-list cast of Chicago talent for his second production here, and can’t wait to see how he’ll bring ‘King Liz’ to life.”

“King Liz” centers on Liz Rico, a “powerfully smart” (The New York Times) character who’s worked her way to success and shows no signs of stopping. In the fast-paced, cut-throat world of sports agents, Liz is not letting anyone discount her skill—and most certainly not because of her race or her gender. But when a volatile young client steps way out of line, “King Liz” may finally have met her match. The creative team for “King Liz” includes Courtney O’Neill (Scenic Design), Elsa Hiltner (Costume Design), Jared Gooding (Lighting Design) and Thomas Dixon (Sound Design).

The performance schedule for “King Liz” is as follows: Wednesdays and Thursdays at 7:30 p.m., Fridays and Saturdays at 8 p.m., and Sundays at 3 p.m. For a detailed performance schedule visit WindyCityPlayhouse.com/King-Liz. Tickets for “King Liz” go on sale April 1 and range from $15-$55—with discounts available for seniors and students—and can be purchased by calling 773-891-8985 or visiting windycityplayhouse.com.

About the Artists of “King Liz”
Chuck Smith (Director) returns to Windy City Playhouse after directing “Stick Fly” in 2015. He is a member of Goodman Theatre’s Board of Trustees and is Goodman Theatre’s Resident Director. He is also a resident director at the Westcoast Black Theatre Troupe in Sarasota, Florida. Goodman credits include the Chicago premieres of “Pullman Porter Blues,” “By the Way, Meet Vera Stark,” “Race,” “The Good Negro,” “Proof”, and “The Story;” the world premieres of “By the Music of the Spheres” and “The Gift Horse;” James Baldwin’s “The Amen Corner,” which transferred to Boston’s Huntington Theatre Company, where it won the Independent Reviewers of New England (IRNE) Award for Best Direction; “A Raisin in the Sun,” “Blues for an Alabama Sky,” August Wilson’s “Two Trains Running,” “Ma Rainey’s Black Bottom,” and “Ain’t Misbehavin’;” the 1993 to 1995 productions of “A Christmas Carol;” “Crumbs From the Table of Joy,” “Vivisections from a Blown Mind” and “The Meeting.” He served as dramaturg for the Goodman’s world-premiere production of August Wilson’s “Gem of the Ocean.” He directed the New York premiere of “Knock Me a Kiss” and “The Hooch” for the New Federal Theatre and the world premiere of “Knock Me a Kiss” at Chicago’s Victory Gardens Theater, where his other directing credits include “Master Harold…and the Boys,” “Home,” “Dame Lorraine” and “Eden,” for which he received a Jeff Award nomination. Regionally, Smith directed “Death and the King’s Horseman” (Oregon Shakespeare Festival); “Birdie Blue” (Seattle Repertory Theatre); “The Story” (Milwaukee Repertory Theater); “Blues for an Alabama Sky” (Alabama Shakespeare Festival); and “The Last Season” (Robey Theatre Company). At Columbia College he was facilitator of the Theodore Ward Prize playwriting contest for 20 years and editor of the contest anthologies “Seven Black Plays” and “Best Black Plays.” He won a Chicago Emmy Award as associate producer/theatrical director for the NBC teleplay “Crime of Innocence” and was theatrical director for the Emmy-winning “Fast Break to Glory” and the Emmy-nominated “The Martin Luther King Suite”. He was a founding member of the Chicago Theatre Company, where he served as artistic director for four seasons and directed the Jeff-nominated “Suspenders” and the Jeff-winning musical “Po’”. His directing credits include productions at Fisk University, Roosevelt University, Eclipse Theatre, ETA, Black Ensemble Theater, Northlight Theatre, MPAACT, Congo Square Theatre Company, The New Regal Theater, Kuumba Theatre Company, Fleetwood-Jourdain Theatre, Pegasus Players, the Timber Lake Playhouse in Mt. Carroll, Illinois and the University of Wisconsin in Madison. He is a 2003 inductee into the Chicago State University Gwendolyn Brooks Center’s Literary Hall of Fame and a 2001 Chicago Tribune Chicagoan of the Year. He is the proud recipient of the 1982 Paul Robeson Award and the 1997 Award of Merit presented by the Black Theater Alliance of Chicago.

Fernanda Coppel (Playwright) premiered “King Liz” at Second Stage Theatre in New York City. Her play “Chimichangas and Zoloft” premiered at the Atlantic Theater Company in 2012 and was published by Samuel French. In 2015, Coppel received the inaugural Williamstown Theatre Festival New Play Commission. Her work has been developed at New York Theatre Workshop, Pregones Theater, INTAR Theatre, The Juilliard School, The Lark Development Center, the Flea, the Old Vic (London), Naked Angels, and at Rattlestick Playwrights Theater. Fernanda is a member of the MCC Playwrights’ Coalition and was a member of the Old Vic’s US/UK TS Eliot Exchange Program. Her work has won the Asuncion Queer Latino Festival at Pregones Theater, the 2012 HOLA Award for Outstanding Achievement in Playwriting, and the 2012 Helen Merrill Award. She was a three-year Lila Acheson Wallace Playwriting Fellow at The Juilliard School and received her MFA in Dramatic Writing from NYU. Coppel’s television credits include “The Bridge” on FX and “Kingdom” on DIRECTV.

Lanise Shelley (Liz Rico) is making her Windy City Playhouse debut. Chicago credits include “Short Shakespeare! Macbeth,” “Short Shakespeare! A Midsummer Night’s Dream” and Shakespeare in the Parks productions of “A Midsummer Night’s Dream” and “The Comedy of Errors” (Chicago Shakespeare Theatre); “Death Tax” (Lookingglass Theater Company); workshop of “The Convert” and “Safe House” (Goodman Theatre). Regional credits include “As You Like It” (American Repertory Theater); “Two Plays by Sophocles” (Outside The Wire); “A Midsummer Night’s Dream,” “Julius Caesar” (Shakespeare Santa Cruz). She has performed with Milwaukee Repertory Theater (resident company member for five years), Indiana Repertory Theater. Shelley’s TV credits include “Chicago Fire” (NBC) and “Discovery World.” Lanise received an MFA from ART/MXAT at Harvard University, a BFA from Cornish College of the Arts and a BADA from Oxford, England.

Eric Gerard (Freddie Luna) most recently appeared in the world premiere of “Octagon” at Jackalope Theatre. Other Chicago credits include “My Mañana Comes” (Victory Gardens); “The Royal” (American Theatre Company) and productions with Redtwist, First Floor Theater, and WildClaw. He is also an instructor at Black Box Acting Studio.

Jackie Alamillo (Gabby Fuentes) performs at Windy City Playhouse for the first time. Chicago credits include productions with Chicago Dramatists, Strawdog Theatre Company and the Chicago Cultural Center. Alamillo’s upcoming productions include the world premiere of Ike Holter’s “The Wolf at the End of the Block” with Teatro Vista. Alamillo is a graduate of The University of Iowa. She is represented by Stewart Talent.

Caron Buinis (Barbara Flowers) recently appeared in Timeline’s production of “Chimerica.” Other recent Chicago credits include “My Kind of Town” and “Juno” (Timeline); “Oklahoma!” (Paramount); “Love Repeating” and “The Full Monty,” for which she received a Jeff Award nomination (Kokandy Productions); “A Funny Thing Happened on the Way to the Forum” (Porchlight); “The Language Archive” (Piven); “Making God Laugh” (Fox Valley Rep); and “The Spitfire Grill” and “Kiss of the Spider Woman” (Boho Theatre). Buinis is also an active runner, completing 22 marathons, and a performer with Acts of Kindness Cabaret.