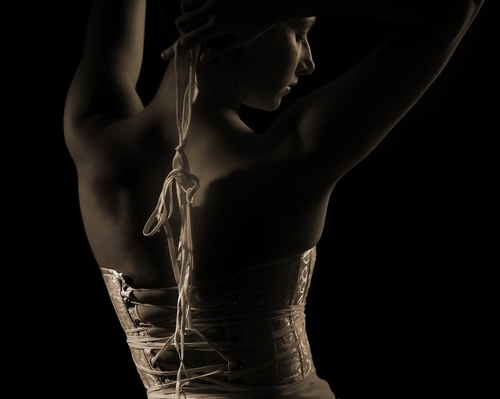 Idle Muse Theatre Company will continue its ninth season with the Chicago premiere of The Talking Cure, by Christopher Hampton and directed by Idle Muse Artistic Director Evan Jackson. The play explores the life of Sabina Spielrein. A brilliant young “hysteric,” Spielrein was Carl Jung’s first patient, and eventual colleague, as he sought to refine the “talking cure” method of treatment proposed by his adopted mentor, Sigmund Freud. Traditional notions are shattered when Sabina begins to blaze her own trail and a forbidden journey into repressed passions unfolds as patient and doctor cross the ultimate boundary, becoming lovers. Under the creeping shadow of two World Wars, all three are drawn into a complex web of rivalries and dark desires that will eventually give birth to modern psychoanalysis – as well as its first great schism. Produced by special arrangement with Creative Artists Agency (www.caa.com).

Christopher Hampton’s other works include Savages, Tales from Hollywood, Les Liaisons Dangereuses, and White Chameleon. Hampton has translated plays by Ibsen, Molière, von Horváth, Chekhov and Yasmina Reza including Art and Life x 3. Hampton won the Academy Award for best Adapted Screenplay in 1988 for Dangerous Liaisons. He was nominated again in 2007 for adapting Ian McEwan’s novel Atonement. Hampton adapted The Talking Cure for the film A Dangerous Method in 2011.

Evan Jackson is the Artistic Director of Idle Muse Theatre Company, a position he has held since the company’s inception. He has directed nine previous productions for Idle Muse, including The Lion in Winter and Sherlock Holmes: The Final Adventure (both Jeff-Recommended). Last season, Jackson directed Idle Muse’s productions of Rites and Sacrifices, a world premiere by Chicago playwright Jennifer L. Mickelson, and also Enchanted April. Previously, Jackson was also director and co-adaptor of Shotgun Shakespeare: What the Weird Sisters Saw with Idle Muse Literary Director Tristan Brandon. Other projects include several short plays as a participant in the Martin de Maat New Works Festival at Boxer Rebellion Theatre, and two summers serving as Assistant Director for Shakespeare on the Green in Lake Forest. Evan Jackson is a graduate of The Theatre School at DePaul University, where he received his MFA in Directing.

The Talking Cure will run February 21st through March 22nd, 2015 with previews February 19th and 20th.

Performance times are Thursdays, Fridays, and Saturdays at 8PM and Sundays at 3PM. Ticket prices are $20 for adults and $15 for students/seniors. Tickets for previews are $10. Every Thursday is Industry Night with $10 tickets for industry members with headshot/resume. Tickets may be purchased by visiting www.idlemuse.org or by calling 773-340-9438.

The complete cast and production team for The Talking Cure includes:

Idle Muse Theatre Company presents The Talking Cure, running February 19 – March 22 at Rivendell Theatre, 5779 N. Ridge Ave. (free parking at Senn High School). Street parking is also available and Rivendell Theatre is handicapped and CTA accessible (Red Line Thorndale/Bryn Mawr stop/ 84 Peterson Bus). Press opening is Saturday, February 21 at 8 p.m. (Previews are Friday, February 19 and 20 at 8:00 p.m.) Regular performance times are Thursdays, Fridays and Saturdays at 8 p.m. and Sundays at 3 p.m. Ticket prices are $20 for regular single tickets, $15 for seniors and students, and $10 for previews. Group rate for 10 or more upon request. Tickets may be purchased at 773-340-9438 or by visiting www.IdleMuse.org.

Now in its ninth season, Idle Muse Theatre Company is a 501c3 non-profit Charity organization that produces theatre which transports. Idle Muse Theatre Company was established in 2006 by theatre artists who were interested exploring the relationship between individuals and worlds they inhabit. Seeking to create production opportunities for themselves and other artists, they believed the best way to do this was to build a “modern guild” of players, an environment where theatre artists of different experience levels and background could develop their craft and learn from each other.