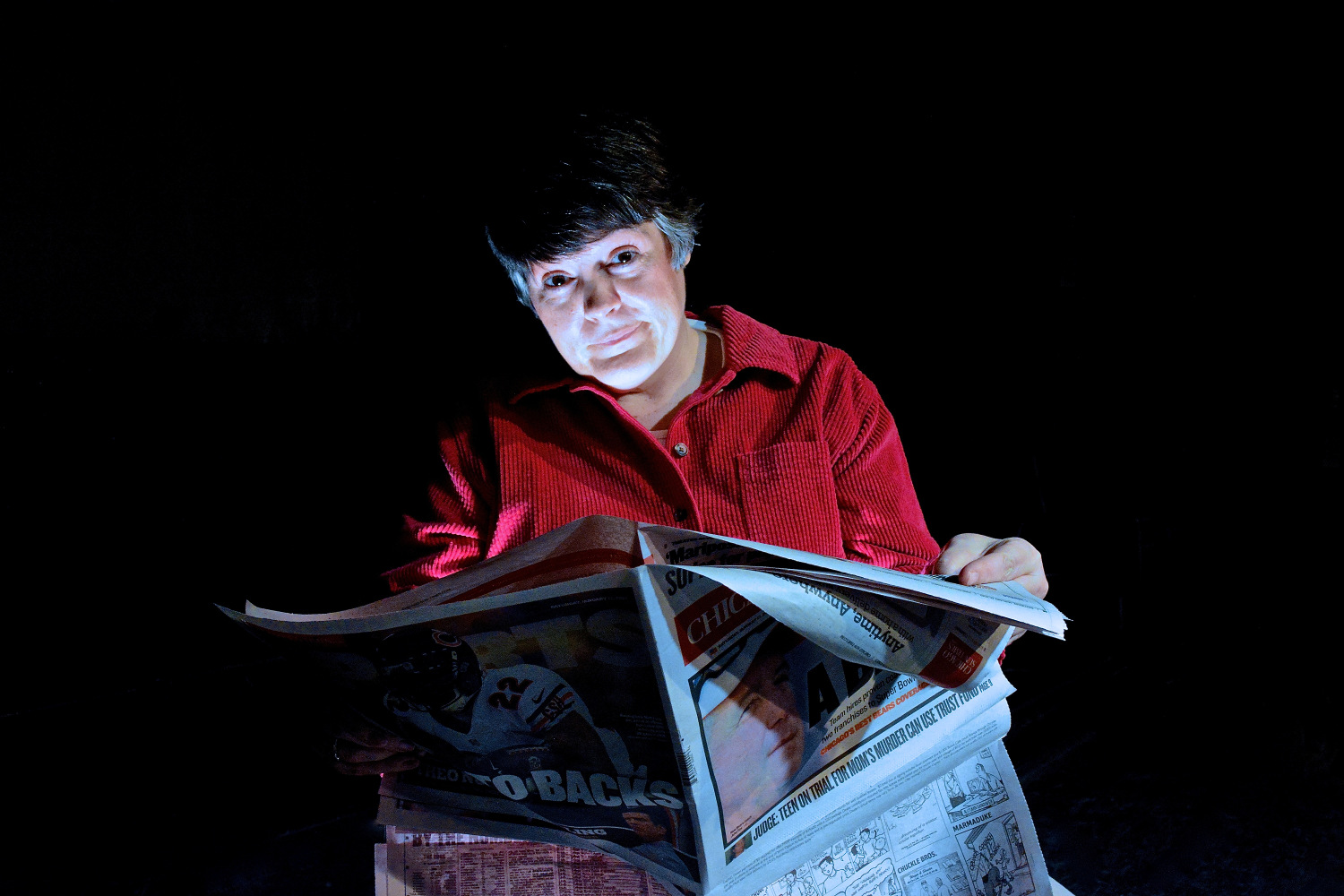 Fall down the Wikipedia hole with Redletter. The show opens Monday, February 23 at 7:30 p.m. at The Neo-Futurarium, 5153 N. Ashland.

Digital technology allows journalists to capture the defining moments of our time quickly and comprehensively. But is faster necessarily better? Is modern journalism living up to its expectations? Redletter looks at the plusses and pitfalls behind the most recent evolution of the press and delves into the ensemble members’ complex relationship with the news. The Neos examine digital journalism with their signature mix of intelligent humor and poignant drama. Featuring Neo-Futurists Bilal Dardai, Trevor Dawkins and local live lit favorites Lisa Buscani, Lindsay Muscato and Thea Lux.

Lisa Buscani states, “Everyone’s bemoaning the ‘death of news.’ But the news will never die, not as long as humans do newsworthy things. Journalism’s going through growing pains in a different medium. Redletter explores the cast’s unique connections to the news and shines a light on the problematic areas.”

Lisa Buscani (Creator, Writer, Ensemble) is a National Poetry Slam champion as well as a Pushcart Prize nominee for poetry. She has published one book of poetry, Jangle (Tia Chucha Press) and has appeared in poetry anthologies such as Alive from the NuYorican Poets Cafe (Holt), Word Up (Keyporter Books/EMI), The Complete Idiot’s Guide to Slam Poetry (Alpha Penquin), and American Poetry: The Next Generation (Carnegie Mellon Press). Lisa has appeared on HBO, CNN, PBS, Much Music and NPR and produced three solo shows, Carnival Animale, At That Time and Solid Citizen. She contributes regularly to Chicago’s Live Lit scene, writing for The Paper Machete, and WRITE CLUB. She is a Neo-Futurists alum, and also appears in the Late Nite Catechism shows at The Royal George Theatre. She has reviewed theater for Time Out Chicago and Newcity. She teaches Ethics in Computer Games and Cinema at DePaul, where she received her masters degree in Media and Cinema Studies.

Jen Ellison (Director) has worked all around Chicago as an actor, writer and director for Trap Door Theatre, ComedySportz, Theatre Seven, Collaboraction, The Neo-Futurists and, most recently, Second City’s E.T.C. Stage. In addition to teaching Ethics at DePaul University and Writing at The Second City Training Center, she is also a member of the Comedy Studies faculty at Columbia College Chicago.

The Neo-Futurists, performers of Too Much Light Makes The Baby Go Blind and creators of over 60 other original, full-length productions, are a collective of wildly productive writer/director/performers who create immediate, non-illusory, interactive performance presented at head-slappingly affordable prices.

The Neo-Futurists are partially supported by the Illinois Arts Council Agency, Alphawood Foundation, Arts Work Fund for Organizational Development, Gaylord and Dorothy Donnelly Foundation, and The MacArthur Fund for Arts and Culture at The Richard H. Driehaus Foundation.