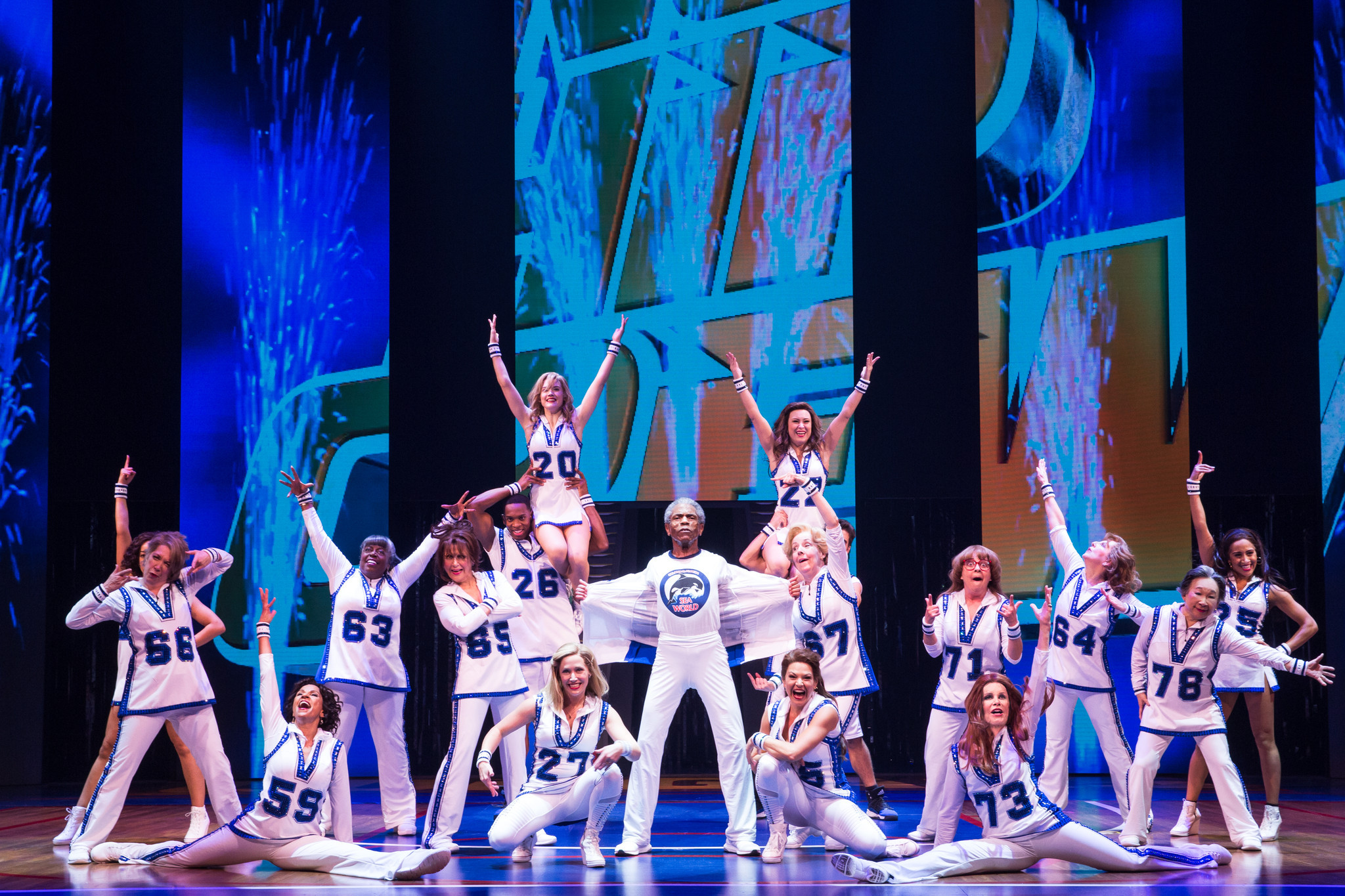 Gotta Dance, the new show that just premiered at the Bank of America theater in downtown Chicago, will be heading to Broadway next year along with scooters, seniors and of course lots of dancing. The new show directed by Jerry Mitchell is based off of the 2008 documetary Gotta Dance featuring a dance group preparing for a big half time show, with one small twist. To audition you had to be over sixty.

During the show the seniors have to become a team, find themselves and even learn hip hop to impress corporate leadership and get approved to dance during the halftime show. The show features a handful of classic Broadway stars like Tony Award winner Lillias White (The Life, Fella!), Tony Award Nominee Andre De Shields (The Full Monty, Play On!,) Haven Burton, Lori Tan Chinn, Stefanie Powers, Nancy Ticotin, Tracy Jai Edwards, Madeleine Doherty, Lenora Nemetz, Kay Walbye, Colby Lewis, and Alexander Aguilar. With Music by Matthew Sklar (Elf) and lyrics by Nell Banjamin (Legally Blonde) the score is upbeat and catchy with everything from swing music to even some rapping by Five-time Emmy Nominee Georgia Engel.

The show starts with the number “Just Look At Me Now” the number along with spoken dance steps is reminiscent of other auditions numbers like in A Chorus Line or Hairspray. Although the music was catchy this number did very little to distinguish it from other audition sequences. As an opening number it fell short. What did really distinguish this show from others was Dorothy and her alter ego Dottie (Georgia Engel). In her solo the soft spoken Kindergarten teacher Dorothy reveals to the rest of her team that she enjoys taking her students music and listening to all the modern hits from Tupac to Dr. Dre. When she listens to hip hop a hidden personality, Dottie, comes out. Although the song starts as a sweet ballad about the teachers life by the end she is rapping alongside two twenty year old hot shots. The character of Dorothy/Dottie could have quickly become cliché but the seasoned theater veteran Georgia Engel pulled it off well. With a soft voice and grandmotherly charm her impressive rapping abilities pulled the character together and made her a believable leading lady. In fact, through the juxtaposition of senior citizen’s ideals against the pop culture prevalent in all of the dance numbers the musical came into its own.

The main love story in the show is between the rapping teacher Dottie and Ron the self proclaimed prince of swing. Ron (Andre De Shields) is a widowed, ballroom dancing romantic looking to get his life back together after losing the love of his life. The two go on dates and share their music with each other reminding the audience that your never to old to love playing into the overlying theme of never getting to old to live your life. Love doesn’t go so well for the younger dancer Kendra (Joanna A. Jones) when her grandmother Bea, a senior member of the team, gets involved in her love life. Bea, played by tony winner Lillias White, joins the dance team to get closer to her grandaughter. Initially Bea’s theme Princess is a song only a grandmother could love but by the second time the song is reprised it becomes one of the most comedic and empowering moments of the show when Kendra uses what her grandma has taught her to realize she deserves better than how she has been treated.

One of the biggest surprises in the show was with Mae. The actress Lori Tan Chinn, who is most widely known for playing an inmate on Orange Is the New Black, played Mae, a sweet but uncordinated senior tasked with caring for her husband with Alzheimer’s. In the show Mae sings a tear jerking song “The Waters Rise” about her husbands condition.

A central theme in the musical was the social stigma associated with aging. Actress Nancy Ticotin, who plays the fiesty Camilla, addresses such stereotypes in her empowering song “Como No”. She uses her sassy salsa to remind her teammates and the audience that her age cannot and should not stop her from going after her dreams–in this case, her twenty-five year old lover Fernando.

Sharing Lyricist (Nell Banjamin), Choreographer (Jerry Mitchell), Producers (Jen Kallish, Dori Bernstein), Stage Manager (Scott Rowen), Music Director (Charlie Alterman), Lighting Designer (Kenneth Posner), and multiple cast members with the broadway hit Legally Blonde, the show has a similar energy with upbeat songs and catchy tunes. However, the show stands on its on with more mature voices, a unique plot, and a powerful message. The show is sure to be a hit when it moves to Broadway in the fall of 2016.