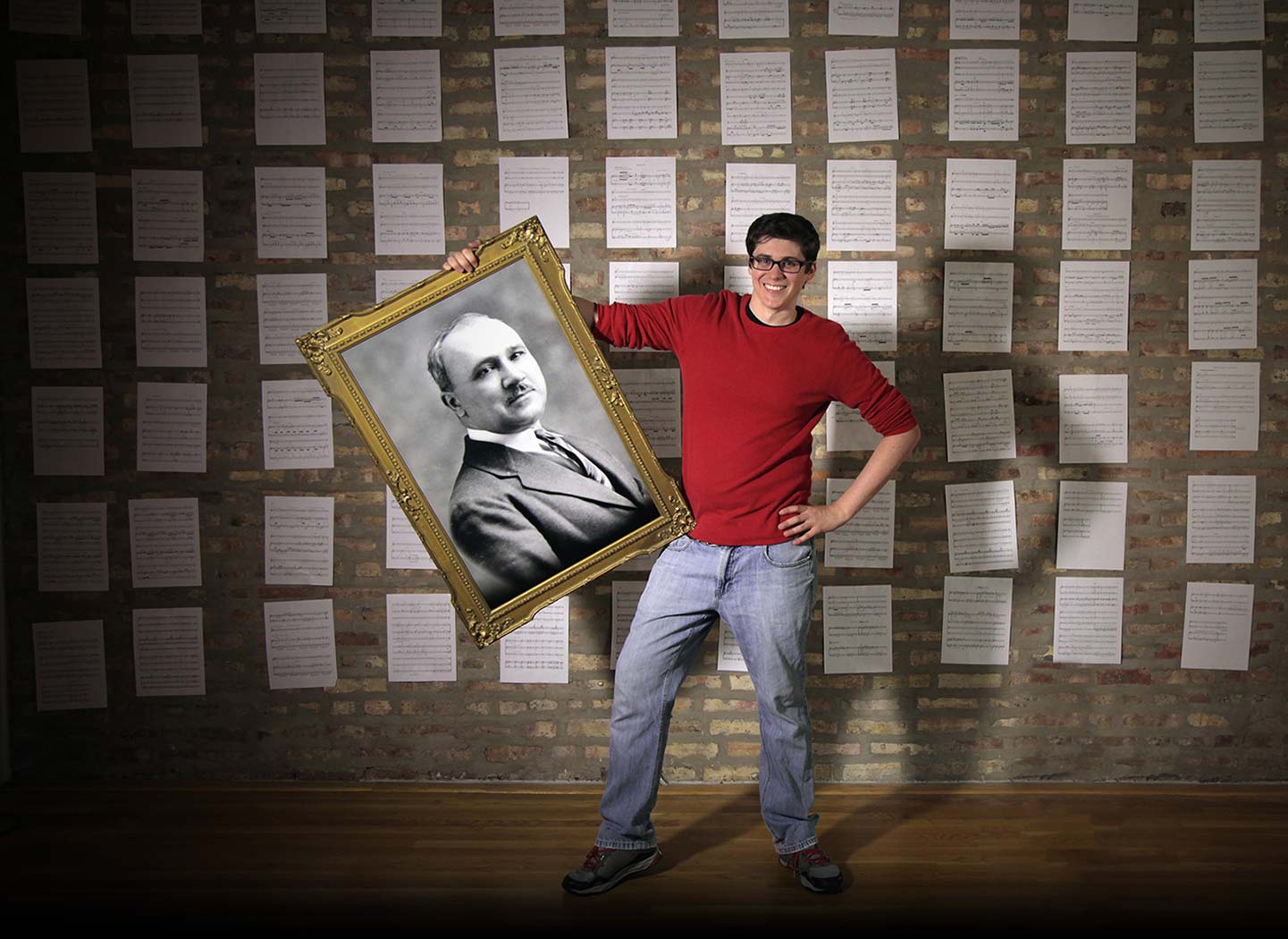 Three generations later, Parsa is resurrecting the opera for its world premiere. Andina will be performed at 7:30 p.m. Friday, Sept. 18 for a one-night-only performance at the historic Athenaeum Theatre (2936 N Southport Ave, Chicago, IL 60657).

“What’s really interesting about this project is we have a fully conceptualized, fully fleshed out work here,” the project’s conductor Chris Ramaekers said. “The composer put all the materials together, but there’s zero performance history. This piece was never premiered and it sat in a box for 80 years. So we’re going to give the world premiere performance of this work from the ’30s.”

For Parsa, the show will solve his family’s greatest mystery: What does the music sound like?

Colombian-born Rosales, the composer, was a prodigal musician, writing his first overture at age 12. When he moved to Chicago, he improved piano scores to silent movies and brought Latin music to the city’s nightclubs. But as an immigrant during the Great Depression, his family struggled and were forced into poverty after Rosales died in 1934.

Parsa is determined to fulfill his family’s legacy, and is recording every step in the process for a behind-the-scenes documentary—a sneak peek of the film will precede the opera.

“This is my great grandfather’s life work, and with every year, the paper gets a little more fragile and flakes a little bit more,” he said. “If I don’t bring this thing to life, there’s nobody left to do it.”

After dozens of emails and cold calls, Parsa found a talented music transcriptionist, an award-winning conductor, and a theater—all without a shred of knowledge about opera.

But one thing the documentary filmmaker and website programmer does know, it’s that art has to be sustainable. Today, Parsa launched a Kickstarter campaign to compensate everyone involved in the show; that includes musicians, transcriptionists, costume designers, technicians and more. His goal is to raise $2,200 by Sept. 20 and use every cent of the donations to help pay local artists and craftspeople their hard work on this project.

Andina is a dark, evocative opera that defies the stereotypes of its genre. It tells the story of a young Colombian mountain girl who is caught between two suitors: one, a wealthy don from the city; the other, a simple local farmhand.

This all-ages performance lasts for 90 minutes with a 15-minute intermission. Andina is performed in Spanish with English supertitles and a full orchestra. Tickets are now available for $19 at andinalives.com and Goldstar.