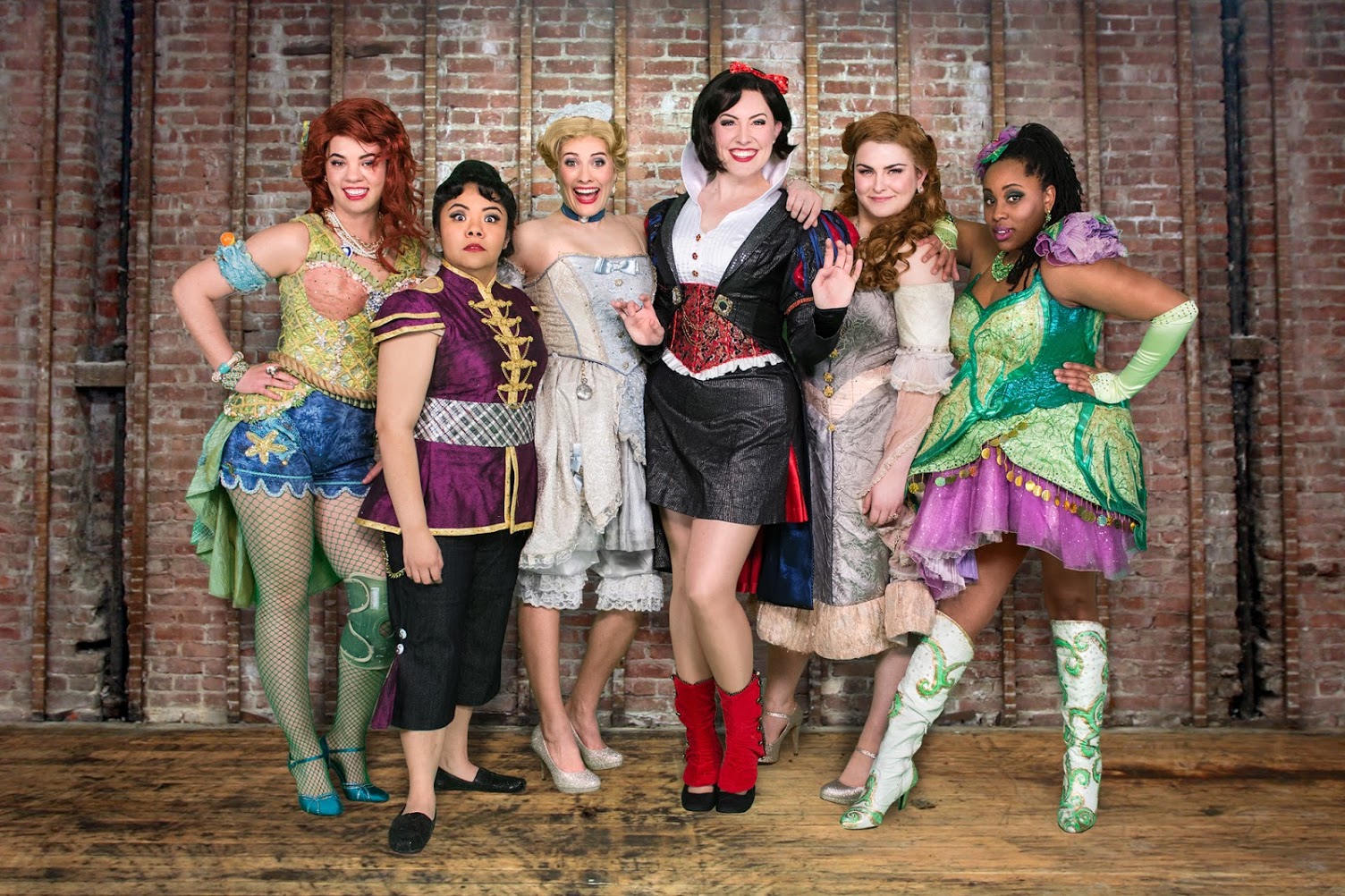 Broadway In Chicago and Starvox Entertainment are pleased to announce casting for DISENCHANTED!, the hilarious hit musical. Directed by Christopher Bond, DISENCHANTED! will play Chicago’s Broadway Playhouse at Water Tower Place (175 E. Chestnut) May 10 through June 5, 2016.

During the New York engagement, the production defied the trend for Off-Broadway shows with its sold out performances and critical acclaim.  NBC New York called the show “funny, irreverent, and great fun! The seriously talented cast of six strong, hysterical women give fairytales a new meaning!” while Time Out New York stated, “If you love fairy tales with a sassy modern twist, relief is here! The not-for-children musical revue DISENCHANTED!gives a saucy makeover to Snow White, Sleeping Beauty and other fairy-tale princesses.” The Huffington Post calls it, “funny and a touch wicked.  DISENCHANTED!’s pop score delivers to great comic effect.”  The New York Timesdescribes DISENCHANTED! as “a girls’-night-out rebellion” and FOX 5 says “It’s a hot ticket that delivers a new kind of fairy tale.  You will laugh and then laugh some more at the sassy, irreverent humor.” Broadway Box raves, “Think ‘Bridesmaids’ for Disney Princesses! This sidesplitting adult parody of the Disney princess posse and its mega-talented cast will make you blush and feel nostalgia all at once. Who could ask for anything more?”

UCHE AMA (The Princess Who Kissed the Frog)

This is Uche’s first show with Starvox Entertainment, and she cannot wait to show the world this brilliant piece of comedy. Previous credits include; Gary Coleman (Avenue Q), Ronnette (Little Shop of Horrors) and Dynamite #1 (Hairspray). She is a graduate of the Music Theatre Performance program at St Clair College in Ontario, Canada.

A proud graduate of the Randolph Academy’s College Program, Ann Paula was born and raised in Toronto, ON. She studied and performed various styles of music before finding her true love, musical theatre. Select credits: Hair,Next to Normal, RENT, Avenue Q, Shrek the Musical, The Wedding Singer, and Dora the Explorer in Dora’s Pirate Adventure. She also had the grand opportunity to sing the national anthems twice at the Rogers Centre for the Blue Jays. Ann Paula is an alumna of Theatre 20’s Emerging Arts Ensemble 2013-2014 and currently a resident artist of Carlos Bulosan Theatre Company.

A Toronto-based actor/singer, Merritt graduated from George Brown Theatre School and holds a BA Honours in Psychology and Drama from Queen’s University. She has been a member of the award-winning TYA puppet company Shakey-Shake and Friends for the past 5 years and is a proud actor/member of the Board of Directors for Queen’s Players Toronto. Merritt is thrilled to be working with Starvox Entertainment again, having just played Annie/Shelly in Evil Dead – The Musical, which played in Toronto in February and toured North America last fall. Other favourite theatre credits include Maria in A Fond Husband, Mrs. Bergman in Spring Awakening, Aunt Meme in Saturday,Sunday, Monday (GBTS), Stevie in The Goat or Who Is Sylvia (9Lives Theatre Company), Aldonza in Man of La Mancha, Lucy in Jekyll & Hyde, Hair (Queen’s Musical Theatre), Dirty Rotten Scoundrels (Collective Productions), and Ado Annie in Oklahoma (The Grand Theatre London – HSP).

Miriam is a Toronto based singer, actor, improviser, puppeteer and writer.  She studied musical theatre at the Randolph Academy in Toronto and continued her studies at The Second City. Miriam has been performing an interactive Murder Mystery show Spy School (Mysteriously Yours), and One Night Only: The Greatest Musical Never Written (Factory Theatre). She wrote and starred in Heart Puppetations last summer (Winnipeg Fringe, Toronto Fringe and Ottawa Fringe) and is writing and starring in The End this summer at Toronto Fringe Festival. Miriam also co-produces and stars in a monthly Burlesque Improv show Stripprov (Bad Dog Theatre) and is a featured singer with popular youtube band Across the Board.

Daniella is thrilled to be playing Sleeping Beauty here in Chicago with Starvox Entertainment.  Most recently, Daniella was a member of the ensemble in The Wedding Singer at Stage West Calgary, as well as a recent graduate of the Randolph Academy where she was The Player in Rosencrantz and Guildenstern Are Dead.

Christopher Bond is best known as the director and co-author of the hit show, Evil Dead – The Musical. He developed and directed Evil Dead since 2002, including the show’s US debut Off-Broadway (nominated for an Outer Critics Circle Award for Best New Musical) and its return to Canada at the Diesel Playhouse (Winner of the 2007 Dora Mavor Moore Audience Choice Award) which also received a Dora nomination for Outstanding Direction of a Musical.Evil Dead – The Musical continues to play all over the world including productions in Korea, Japan, Spain and touring across the North America with Starvox Entertainment. Other recent works include directing and creating new material for Starvox’s smash hit Trey Parker’s Cannibal the Musical, at the Panasonic Theatre and also co-writing and directing the official stage adaptation of Night of the Living Dead, where Christopher collaborated with horror legend George A. Romero.

Founded in 2005 by Corey Ross, Starvox Entertainment was ranked on Profit Magazine’s list of Canada’s top growth companies for three years running –  2013, 2014 and 2015—the only live entertainment company ever to be graded.

In 2013, Mr. Ross was a producer on the Canadian production of Andrew Lloyd Webber’s CATS and in 2014 remounted Evil Dead – The Musical to record-breaking sales in Canada and the United States and continues to tour this production throughout North America.

Since 2012, Starvox has toured the west-end hit show Potted Potter: The Unauthorized Harry Experience, which continues to sell out theatres in Canada and the U.S. Starvox recently produced Trey Parker’s Cannibal! The Musical.

This upcoming touring season Starvox is presenting the critically acclaimed One Man Star Wars® Trilogy; the remount of the hit Forever Plaid; the Broadway musical, Disenchanted! and the adored parody Graeme of Thrones, while continuing to tour the ever-popular Potted Potter: The Unauthorized Harry Experience, Evil Dead – The Musical. Trey Parker’s Cannibal the Musical will also be on the road for its first North American tour during the 2016-2017 theatre season.