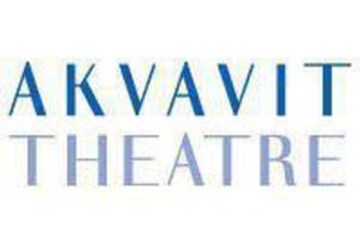 In a joint statement Franklin and Pautsch said, “We are so grateful for the artistic home that Akvavit has provided us over the past several years, and are honored to be entrusted as the new leaders for an organization that has meant so much to us. Bringing new and contemporary Nordic plays to an American audience, fostering new translations and promoting international dialogue about and through art enriches our already vibrant theatre scene in Chicago and challenges us to explore foreign perspectives and seek out what binds us all together. Thank you to Chad Eric and Bergen for all of the incredible (and incredibly hard) they have done since founding the company to bring it to where it is today. We are excited to move forward with Chad Eric, Bergen, the rest of the company, our strong and active Board, as well as our amazing new associates into the New Year. Skål!” 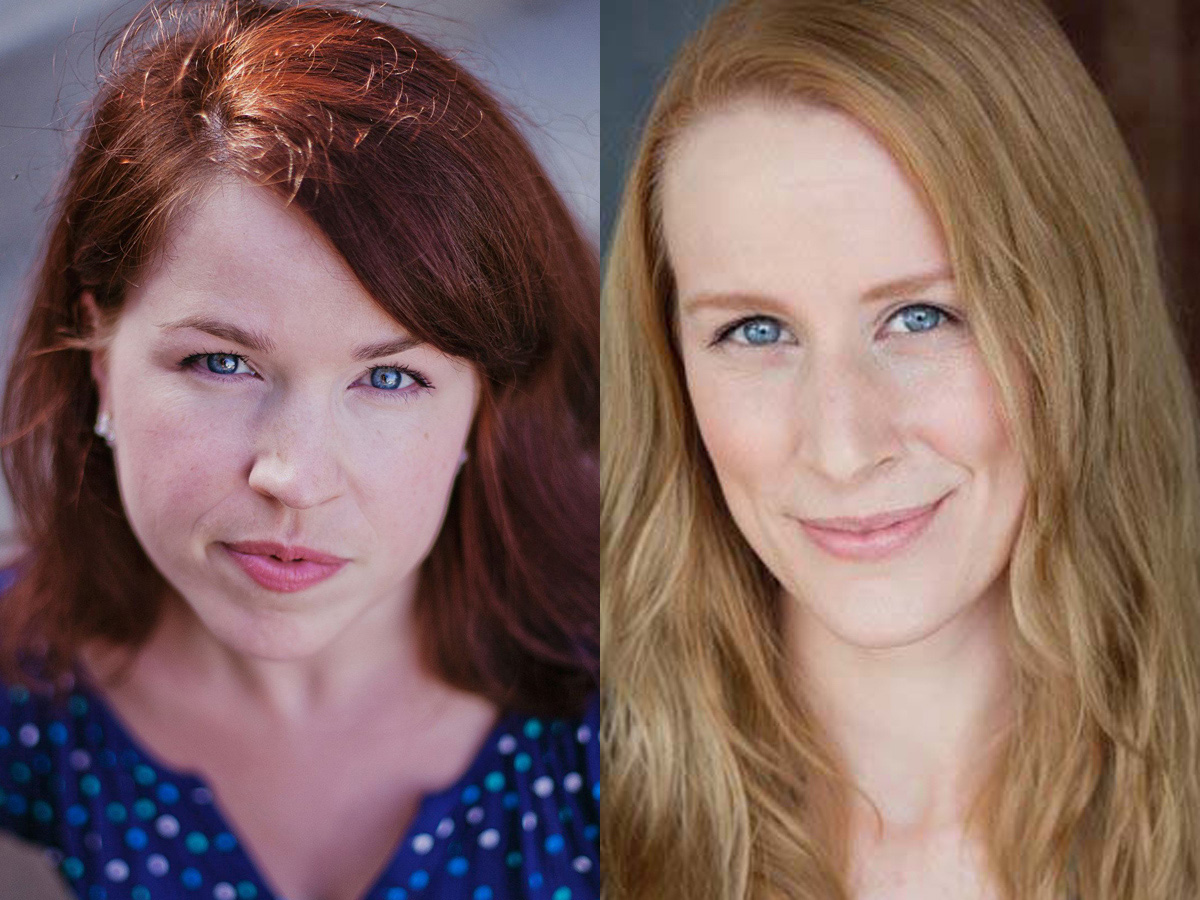 About the Co-Artistic Directors

Kirstin Franklin joined Akvavit in 2011 after performing in the inaugural production of Red and Green. Since then she has served the company as the Director of Development, Casting Director and most recently Marketing Director. Kirstin has performed in Akvavit’s full-length productions of Red and Green, Kokkola, Autumn Dream, Mishap, Blue Planet and Nothing of Me, as well as many staged readings. She studied theatre at the FSU/Asolo Conservatory, Actors Theatre of Louisville and St. Olaf College. Her regional credits include productions with The Guthrie, Pangea World Theatre, Actors Theatre of Louisville, Asolo Repertory, The New York Fringe and Northlight. Kirstin spent four years collaborating as a guest artist with the Theatre program at North Park University, where she most recently directed Charles Mee’s Hotel Cassiopeia. Franklin currently teaches acting at Morton College in Cicero.

Breahan Pautsch joined Akvavit Theatre in 2011 and has served as both Literary Manager and Director of Development.  She earned her BA in Theatre and English at UW-Madison and has been working in Chicago as an actor, director and playwright since 2003. Pautsch is also a company member with Indie Boots Theatre. As a director, she has worked with Akvavit, Raven Theatre, Wildclaw Theatre, The International Voices Project, Hobo Junction Productions, Full Voice Productions, Mudgeonsoul Cinema and Broken Nose Theatre, among others.

About the new Associate Company Members

Richard Gilbert came to Chicago back in the waning years of the last century, “just to work for a year or two before heading back East”… but within six months he knew he would never leave.  He has done a little acting and a very little directing, but his life in art is as a Violence Designer. He is a co-founder of R&D Choreography, where he has designed over 250 productions. His current project is a PhD in Dramatic Literature at Loyola University, with a focus on representations of violence on the contemporary stage.

Joe Giovannetti is a Chicago-based playwright, actor and director. In addition to Akvavit, where he’s proud to be an associate company member, Joe is also a company member with MPAACT and a founding member of InGen Productions. Directing credits include The Lockout (Six Hours Short Productions), Black and Burn (The New Colony), and Welcome to Earth (InGen). Produced plays include Kung Fu Suburbia, Lilith, and Kung Fu Suburbia 2: Cul-de-Sacrfice (North Park University). Most recent acting credits include Die Young (InGen), The Wilson/Brustein Debates (MPAACT), Nine Lives (InGen), Without Trace (MPAACT), and with Akvavit, Mishap! And Kokkola. He holds a BA in Theatre and Performance Studies from North Park University and is an MFA candidate in Writing for the Screen and Stage at Northwestern University.

Sarah Giovannetti is a Chicago-based actor, designer and musician. She is the drummer in the retro-pop quartet Beauty School and a company member with InGen Productions. Sarah proudly supports Akvavit Theatre, and has had the pleasure of working with them as an actor, as well as a scenic and props designer.

Nigel Harsch has been making strange sounds and unsettling textures for Akvavit since their debut Red and Green, where he found an artistic home amongst the restless and daring company young company. Working with Akvavit continues to stretch his abilities and has given him a place to try new techniques, from cacophonous found-sound collages in Red and Green to minimal impressionist tone sketches in Gjengjanger.

Paulette Hicks’ first production with Akvavit Theatre was The Frozen on the Square. Other Chicago credits include: Dead Man Walking at Piven Theatre, King John with Linchpin Theatre, The Gray Girl at the Factory Theatre, Betrayal at Oak Park Village Players, Comedy of Errors at Chase Park Theatre, Marvin’s Room at Redtwist Theatre and she understudied productions with Route 66 Theatre and About Face Theatre. She has also performed with The Human Race, W. Shakespeare & Co. and The Dayton Theatre Guild in Dayton, Ohio.

Micah Kronlokken could not be more thrilled to be joining Akvavit as an Associate Company Member after participating in their Fall 2016 reading of Charlotte Ljung’s At The Gate. He has performed throughout Chicago with various companies, including Pride and Prejudice, MidnightCowboy and Somebody Loves You, Mister Hatch at Lifeline Theatre; The Lockout with Six Hours Short (as well as its subsequent revival at Theatre on the Lake); and Fancy Nancy and A Charlie Brown Christmas (2015; Dir. Ernie Nolan) with Broadway in Chicago/Emerald City Theatre at the Broadway Playhouse Micah has also performed with Lil’ Buds Children’s Theatre and A Crew of Patches in the Chicagoland area. His regional credits include work at the Pioneer Playhouse of Danville, KY, 3AMProductions of Minneapolis and 14 seasons with Highland Summer Theatre of Mankato, MN. A Minnesota native, Micah is a proud graduate of Minnesota State University-Mankato with a BFA in Acting. While at MSU-M, Micah was the Region V Winner and National Finalist of the Kennedy Center American College Theatre Festival’s Irene Ryan Acting Scholarship Competition.

Julie Mitre is originally from Joliet, schooled in Chicago and Indianapolis focusing on dance at the Giordano Dance Studio, The Ruth Page Dance Center and Jordan College. She is a former dancer with Midwest Dance Theatre, Indianapolis. Julie has studied acting with Black Box Acting, Remy Bumppo and The Acting Studio. She was seen in Akvavit’s production of Kokkola and has worked with Oil Lamp Theatre, Theatre Hikes, Crabapple Productions, Open Door Repertory, American Theatre Company, and several productions as the grandma in The Nutcracker with Ruth Page Civic Ballet. Aside from theatre and dance, Julie holds a MSN from IUPUI and MA (French literature) from ISU, is a retired Assistant Professor in Nursing, ISU and former Emergency Department RN, at St. Joseph’s Hospital. Julie is honored and thrilled to be working with the fantastic Akvavit Theatre, and the delightful, dedicated company! She looks forward to new and exciting adventures in a Nordic style.

Amber Robinson is a director, actor and devisor, and a member of TUTA Theatre in addition to Akvavit. Most recently Amber performed in New York at Roundabout and The Signature Theater with Emma Stanton’s award-winning play, No Candy. In Chicago, Amber has worked with many storefront companies including Strange Tree, Forks & Hope, Strawdog, Collaboraction, Redmoon and Emerald City, as well as directing several projects for Grey Ghost Theatre, of which she is a co-founder. Amber is a graduate of Illinois Wesleyan University and the Moscow Art Theatre’s American Studio.

Akvavit Theatre is haunted by Nordic visions: deep forests and ice-blue seas, the patience of the glacier, the sudden fury of the volcano, the arctic light and silence. Seeking the universal through the voice of contemporary the Nordic spirit, Akvavit Theatre is a kind of homecoming, a connecting back to the lands whose people and cultures have for generations been a part of the great prairies of North America that we call home. And like our namesake beverage, Akvavit brings a “strong spirit” to the work that we produce. Skål, Skál, Kippis!