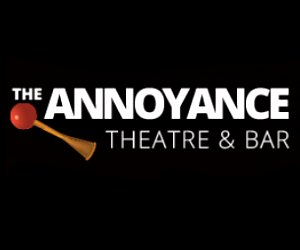 Do you believe in magic? Do you believe in God? Prepare to believe in both! Christian magician Luke Babylon is bringing his unique magical, evangelical performance to Chicago’s den of iniquity: the Annoyance Theatre. Luke has traveled across God’s green earth, bringing his unique message of salvation and card tricks to adults and children who look like adults. To date, Luke Babylon: The Christian Magician has converted 14 people to Christianity, 4 of which are definitely going to Heaven when they die. Will you be #5?

Using close-up magic and stage illusions, Luke enlightens audiences with the true gift of salvation by accepting Jesus Christ as their personal Lord and Savior. Be dazzled by magic, captivated by truth, and leave with the reassurance of where your soul will spend the rest of eternity.

Luke’s residency officially begins Sunday, January 8, and runs every Sunday evening through January 29 at Chicago’s Annoyance Theatre in the Lakeview neighborhood (851 W Belmont Ave.). All performances are at 8pm. Ticketing information and more can be found at www.theAnnoyance.com. 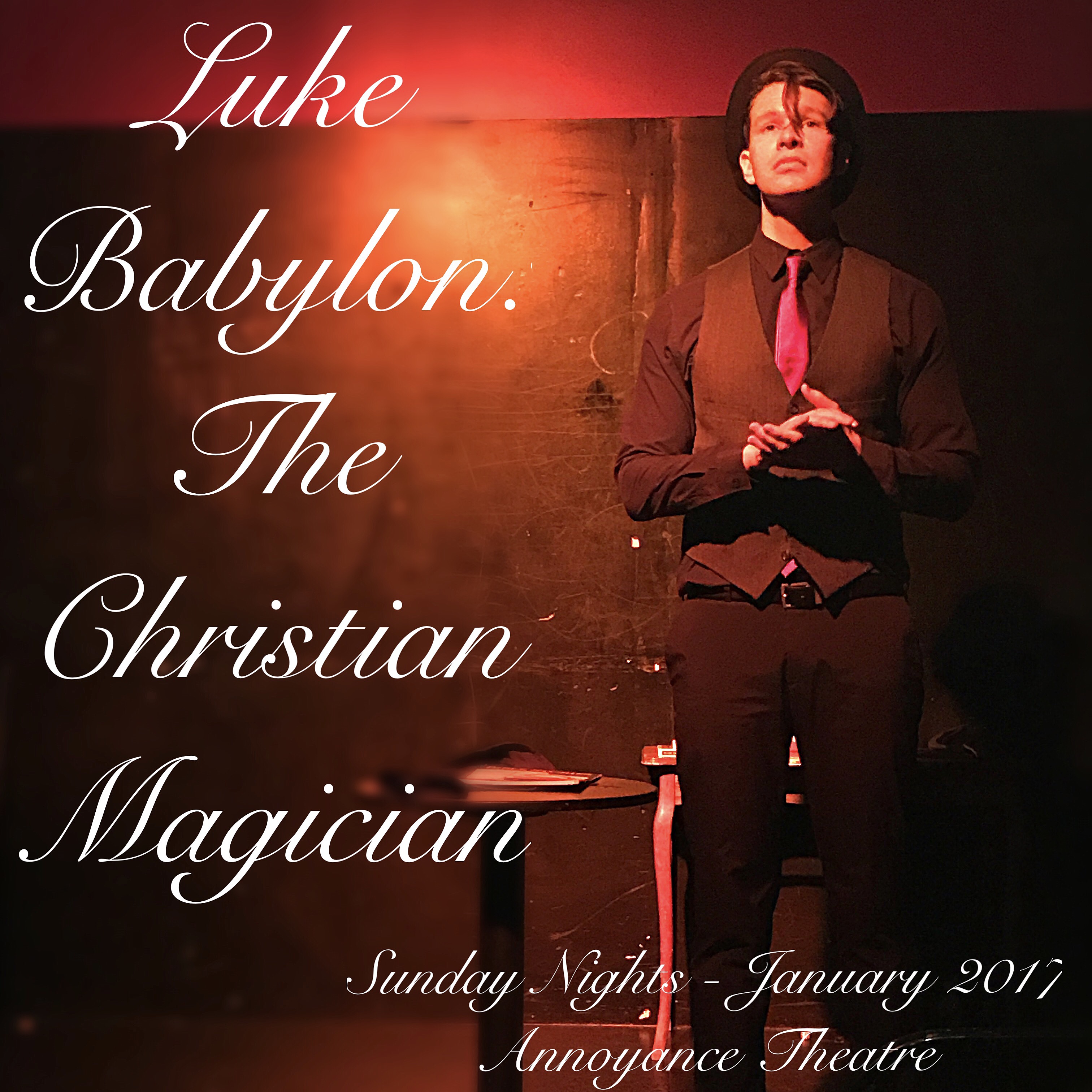 “There’s nothing up my sleeves,” says 3rd generation magician and 1st generation Christian Luke Babylon. “But there’s something in my heart, I say with a wink. I can’t wait to share it with you in my four-week residency at Chicago’s Annoyance Theatre.” Luke made his Chicago debut as part of the Reader Recommended Spell: an interactive solo show at iO in early 2016, and he’s proud to make his Annoyance debut this winter.

Zach Zimmerman (Writer) hates bios. He writes, he performs, and he improvises. His work has been featured on The Huffington Post Blog, Dose, and OMGFacts. He’s performed around the globe with Baby Wants Candy, Mission Improvable, ImprovAcadia, and The Second City Theatricals. The Chicago Reader recommended his 2016 solo show “Spell” and called it “beautifully bizarre.” Zach was last seen at the Annoyance in the sold-out hits “Steamwerkz: The Musical” and “Fuck You, I Love You, Bye: The Rahm Emanuel Story.” He graduated from Princeton University in 2010 with a degree in Religion and a certificate in Theatre. He’s a vegetarian and you should be one, too. Follow along on Twitter, Medium, and Instagram @zzdoublezz

William Panek (Director) is proud graduate of the University of Illinois’ Theatre Department. Director: Chicago premieres ofNow. Here. This. the Jeff Recommended [title of show], A New Brain, Aloha, Say the Pretty Girls, Godspell, the world premiere of Aaron Golden’s To Tree, and Reefer Madness! The Musical in 2010, 2011, and 2012 with Brown Paper Box Co. Recent collaborations with Zach Zimmerman at iO Chicago, iO New York, and the Annoyance Theatre, as well as The Artists Lab at Stage 773. William served as an artistic associate with The Orchard Project in Hunter, NY, a production assistant for the 24-Hour Musicals at Joe’s Pub, and the business management assistant at the Williamstown Theatre Festival. He can be found on Twitter & Instagram @mwilliampanek.