WildClaw Theatre Company proudly presents THE WOMAN IN BLACK previews  Tuesday, March 21st and Wednesday, March 22nd, 2017 8:00 pm, press opening, Thursday, March 23rd with opening Friday, March 24th. The classic bone-chilling play will be performed at The Den Theatre 1333 N Milwaukee Chicago. Tickets are now available starting at $25, be sure to purchase your ticket EARLY! THE WOMAN IN BLACK is an 18+ event.

Chicago’s premiere horror theater begins their 2017 season by bringing the award-winning stage play based on Susan Hill’s classic 1983 novel to Chicago.  In this gothic, spine-tingler, a solicitor hires an actor to tutor him in recounting to family and friends a story that has long troubled him. It concerns events that transpired when he attended the funeral of an elderly recluse twenty years ago. There he caught sight of a woman in black, the mere mention of whom terrifies the locals, for she is a specter who haunts the neighborhood. Together, the two men recreate the events of that dark and stormy night. WildClaw is proud to present this true horror theater classic with the distinction of being the longest running non-musical in London’s famous West End. 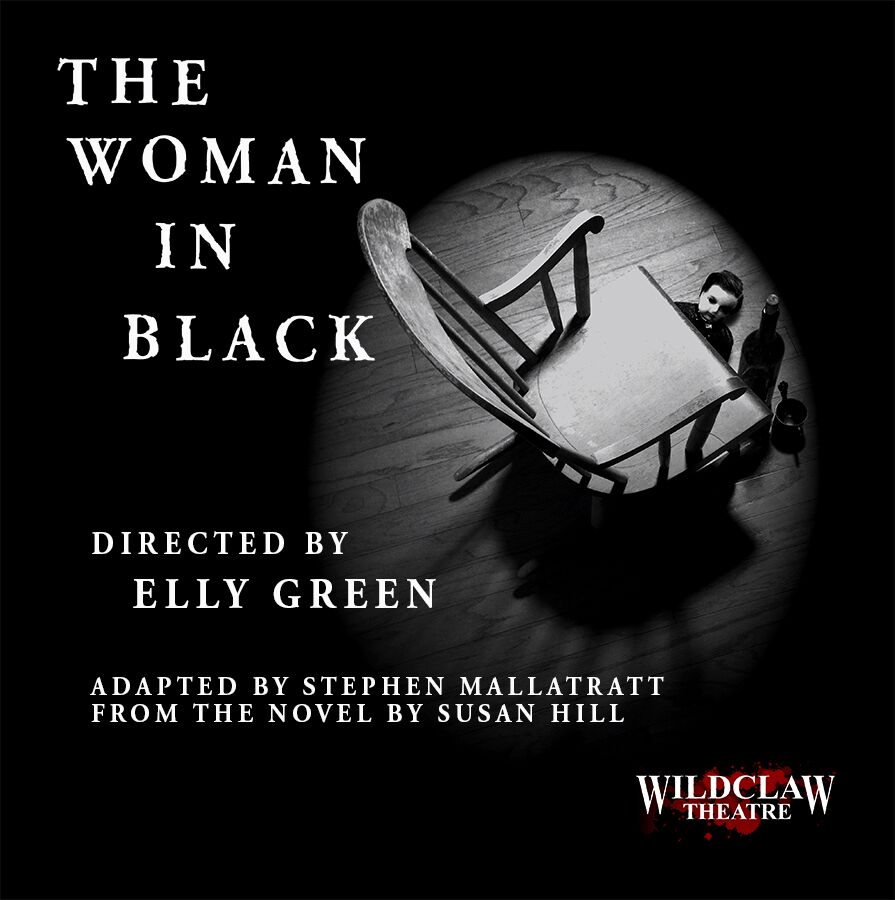 Directed by Elly Green, director of the Jeff-Nominated Rabbit (Stage Left) and After Miss Julie (Strawdog Theatre) as well as the co-world premiere of Hansol Jung’s No More Sad Things (Sideshow Theatre)

Elly Green (Director) – A British freelance Theatre Director based in Chicago, she has directed for Sideshow, Strawdog, Trap Door, Stage Left, Redtwist, Theatre 7, Livewire and assisted for the Court Theatre and Chicago Shakespeare Theatre. Previously, she worked as a freelance director in the UK for several years in London and in regional theatres,  including the Royal National Theatre, Royal Court Theatre, Almeida Theatre and Royal & Derngate, Northampton.

Stephen Mallatratt (Playwright) – An English playwright, television screenwriter and actor. He is best known for his television work on the ITV series Coronation Street, The Forsyte Saga (2002) and Island at War (2004), and for his stage adaptation of the novel The Woman in Black which has run in the West End since 1989.[2] He was also an actor, appearing in minor roles in Chariots of Fire and Brideshead Revisited.

Susan Hill CBE (Author) – An English author of fiction and non-fiction works. Her novels include The Woman in Black, The Mist in the Mirror and I’m the King of the Castle for which she received the Somerset Maugham Award in 1971. She was appointed Commander of the Order of the British Empire (CBE) in the 2012 Birthday Honours for services to literature.

Tickets are on sale now at http://www.brownpapertickets.com/event/2724678

For more info please visit us at www.wildclawtheatre.com.

WildClaw Theatre brings the world of horror to the stage. We attract an audience craving strange journeys of dread, suspense, terror and wonder: Horror Theatre. The name “WildClaw” pays homage to the late, great Chicago actor, writer, and raconteur – the much loved and missed Ray Wild, otherwise known as “The Claw”.