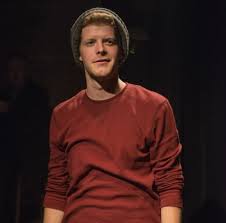 Writers Theatre Artistic Director Michael Halberstam and Executive Director Kate Lipuma announce the extension of the Midwest Premiere of Port Authority by Conor McPherson, directed by William Brown. The production, which began previews on October 29, has been extended due to high demand through March 2, 2014 at 664 Vernon Avenue, Glencoe.

A young man escapes his parents’ house to share digs with two alcohol-soaked friends and a mesmerizing young woman; a middle-aged laborer lands a dream job that he’s not remotely qualified for; and a widower receives a mysterious package that touches a hidden part of his memory.  The lightly interlocking stories of these three men at three different stages of life weave together a tale that is both spirited and moving in its portrait of ordinary lives.

Directed by Writers Theatre favorite William Brown (The Liar, A Little Night Music, Heartbreak House), Port Authority revels in the rough lyricism of McPherson’s language and the poignancy of these stories of lost love, big dreams and the consequences of even our smallest choices.

William Brown returns to Writers Theatre where he has directed Joseph Jefferson-nominated productions of The Liar, A Little Night Music, Heartbreak House, As You Like It, Another Part of the Forest, Arms and the Man, Our Town, Rocket to the Moon,Misalliance, The Glass Menagerie, Incident at Vichy and the world premieres of Brett Neveu’s Old Glory and Do the Hustle. He directed and wrote (with Doug Frew) To Master the Art, a play about Julia and Paul Child in Paris (TimeLine Theatre Company) which  played this past fall at The Broadway Playhouse. Also at TimeLine Theatre Company, he most recently directed the world premiere of Wasteland by Susan Felder. He directed Skylight (Court Theatre) and Fallen Angels (Indiana Repertory Theatre). He has directed 13 productions at American Players Theatre in Spring Green, WI, including Troilus and Cressida, The Critic, Hay Fever, The Comedy of Errors, Night of the Iguana, Antony and Cleopatra, The Matchmaker and this summer, All My Sons. He is Associate Artistic Director of Montana Shakespeare in the Parks. Brown received a Joseph Jefferson Award for Best Actor for his portrayal of Henry Kissinger in Writers Theatre’s Nixon’s Nixon.

Patrick Clear (Joe) makes his Writers Theatre debut. He has appeared in more than 60 productions in the Chicago area, including Meet Vera Stark, Teddy Ferrara, Race and The Goat, Or Who Is Sylvia? (Goodman Theatre), The March (Steppenwolf Theatre Company), Seascape (Remy Bumppo Theatre Company), The Madness Of George III, As You Like It and Measure For Measure (Chicago Shakespeare Theater), The Miser, Dr. Jekyll & Mr. Hyde and Pride and Prejudice (Northlight Theatre). His regional credits include appearances at the Asolo Repertory Theatre, Indiana Repertory Theatre, Cleveland Play House, Maltz Jupiter Theatre, Arena Stage, Guthrie Theater, American Shakespeare Theatre, Centerstage, Folger Shakespeare Theatre, Huntington Theatre and Cincinnati Playhouse in the Park. He appeared on Broadway in Noises Off and Hollywood Arms. Film and Television credits include The Dark Knight, Boss, Losing Isaiah, The Untouchables and Early Edition.

Rob Fenton (Kevin) makes his Writers Theatre debut. Fenton is a proud, founding ensemble member of The Alluvium Group. He was most recently seen in Boston, MA for the national tour of columbinus with American Theater Company. Other Chicago credits include The Big Meal (Joseph Jefferson Award Best Ensemble), ,The Twins Would Like To Say (Dog and Pony Theatre Company) The Hostage, Port (Griffin Theatre), Cherrywood (Mary-Arrchie Theatre Co.), The Terrible True Story of Pinocchio, the Wooden Boy, as Told by Frankenstein’s Monster, the Wretched Creature (The Neo-Futurists) Too Much Memory (Sinnerman Ensemble), Princes of Waco (Signal Ensemble Theatre), The Gospel of Franklin (Steppenwolf Theatre Company) and The History Boys (Joseph Jefferson Award Best Ensemble, Best Production; TimeLine Theatre Company).

Writers Theatre is pleased to welcome back BMO Harris Bank as Season Sponsor of its 2013/14 Season. NES Rentals  returns to support Port Authority and this season’s The Dance of Death as McPerson Series sponsors.  Additional Support forPort Authority provided by The Director’s Society Sponsors.

Over the past twenty-two seasons, Writers Theatre has become a major Chicagoland cultural destination with a national reputation for excellence. Under the artistic leadership of Michael Halberstam and the executive leadership of Kathryn M. Lipuma, Writers Theatre has been deemed the “best drama company in the nation” by The Wall Street Journal and achieved twenty years of surplus operations. The company, which plays to a sold-out and discerning audience of 35,000 patrons each season, has garnered critical praise for the consistent high quality and intimacy of its artistry. Prized for the finest interpretations of classic and contemporary theatre in its two intensely intimate venues, Writers Theatre’s acclaimed work includes Artistic Director Michael Halberstam’s world premiere in Glencoe and subsequent production of A Minister’s Wife at Lincoln Center Theater; David Cromer’s productions of A Streetcar Named Desire and Picnic; and the commissioning, world premiere and New York premiere of Crime and Punishment, which has received more than 30 subsequent regional theater productions.

In July, 2011, Writers Theatre announced the hiring of the award-winning, internationally renowned Studio Gang Architects, led by principle Jeanne Gang, FAIA to design a new home for the Theatre in downtown Glencoe which will once again allow the Theatre to grow to accommodate its audience, while maintaining its trademark intimacy. The new facility will resonate with and complement the Theatre’s neighboring Glencoe community and will add tremendous value to Chicagoland and the North Shore as a premier cultural destination.