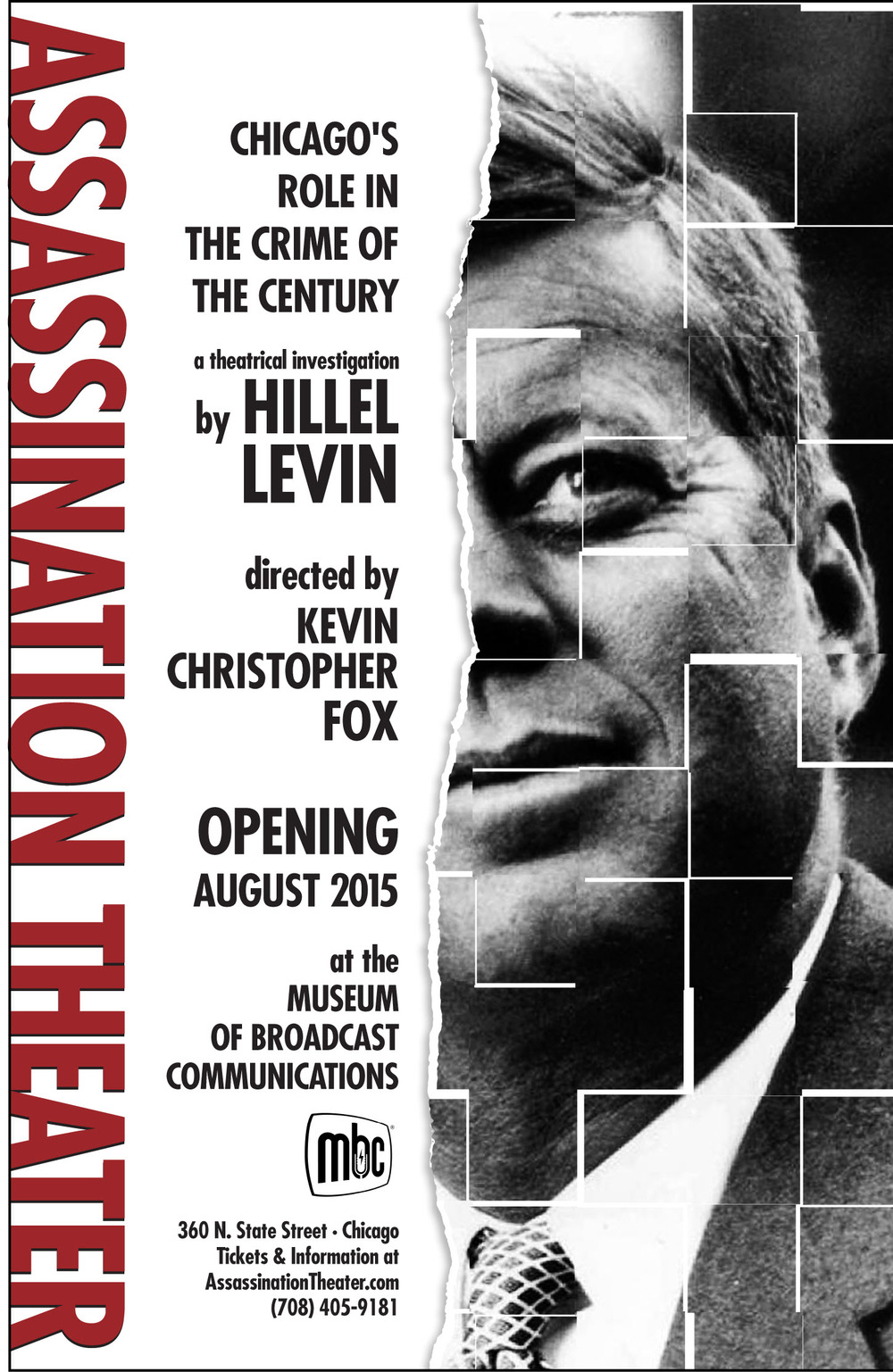 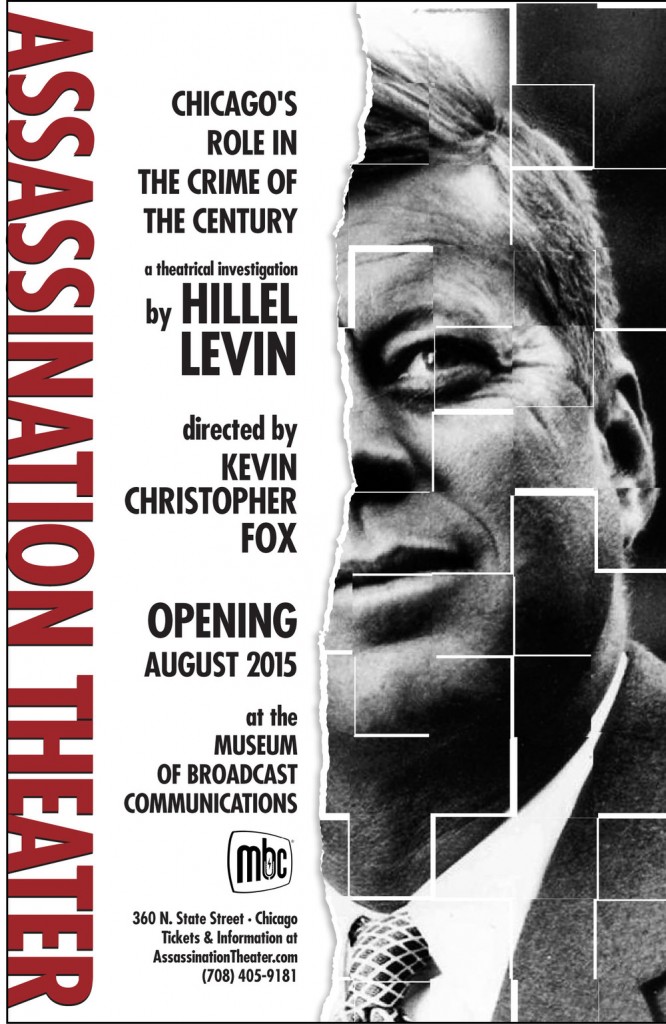 Even after 50 years, Americans still question who shot JFK and why. Investigative reporter and author Hillel Levin reveals the most persuasive proof to date – and sheds light on the Windy City’s pivotal connection – in the world premiere of ASSASSINATION THEATER: Chicago’s Role in the Crime of The Century, directed by Kevin Christopher Fox. Levin’s theatrical investigation into nation’s most infamous crime plays August 11 – November 7, 2015 at the Museum of Broadcast Communications, 360 N. State St. in Chicago. Casting will be announced shortly. Tickets are currently available at assassinationtheater.com or by calling (800) 838-3006.

A talented ensemble of actors and a panoply of projections take the audience back in time with original documentation based on secrets revealed by retired FBI agents and evidence that the mob – in particular the Chicago mob – killed President John F. Kennedy. ASSASSINATION THEATER will show their motivation and even name the shooters, including the self-confessed gunman who fired the fatal shot (and still survives in an Illinois prison). Whether the audience goes in familiar with the details or not – they will emerge with a dramatically different view of an event that has been seared into the nation’s consciousness.

“The origins of this show go back to 2007, when I wrote a story for Playboy magazine about the burglars who broke into the home of Tony Accardo, Chicago’s long-time mob leader,” explains Levin. “After the article was published, I was approached by Zack Shelton, one of the FBI agents featured in the story, who asked, ‘Why don’t you do the real story about the mob?’ When I asked what that was, he replied, ‘How they killed JFK.”  And so began a seven-year odyssey in which Levin did the extensive research necessary to confirm what Shelton and other agents revealed. “For me,” Levin says, “the assassination was a kind of theater, staged to put the blame on only one actor in what was, in fact, a much larger production.”

Hillel Levin is an investigative reporter and author who has written extensively about organized crime. His books include When Corruption Was King and In With the Devil. Both are in development to become major motion pictures. His magazine articles have appeared in New York magazine, Metropolitan Detroit, Chicago magazine (where he was also editor) and Playboy. The movie, Idol’s Eye, based on his Playboy article, “Boosting the Big Tuna,” will be directed by Olivier Assayas. For additional information, visit www.HillelLevin.com.

Kevin Christopher Fox is an actor and director based in Chicago. Recent Chicago directing highlights include: world premieres of Graveyard of Empires by Elaine Romero and The Gun Show by EM Lewis (16th Street Theater), Lay Me Down Softly and Hughie (Irish Theatre of Chicago/ Seanachai), Widowers’ Houses and Androcles and the Lion (ShawChicago), St. Crispin’s Day (Strawdog, four Jeff nominations including Best Production), Arms and the Man and Betrayal (Oak Park Festival), The Last Days of Judas Iscariot (Gift Theatre Company), Beggars in the House of Plenty (Mary-Arrchie), Widowers’ Houses (TimeLine) and his debut Buicks (Precious Mettle). Regional highlights: world premieres of The Spiritualist by Robert Ford and Sundown Town by Kevin Cohea, and The Fall of the House and Macbeth (TheatreSquared, Fayetteville, Arkansas); Macbeth (Montana Shakespeare in the Parks, Shakespeare in the Schools, adapted and directed); The Study by EM Lewis (William Inge Festival and Center for the Arts). For additional information, visit www.kevinchristopherfox.com.