Victory Gardens Theater continues its season with the World Premiere of A Wonder In My Soul, written by ensemble playwright Marcus Gardley and directed byArtistic Director Chay Yew, with original music by Jaret Landon. A Wonder In My Soul runs February 10 – March 12, 2017, with the press performance on Friday, February 17, 2017, at 7:30pm at Victory Gardens Theater, 2433 N. Lincoln Avenue.

Longtime hair salon owners Bell and Birdie grapple with the decision to remain in their beloved Southside neighborhood or relocate under the pressures of gentrification and crime. Featuring music, poetry and dance, A Wonder in My Soul looks at one neighborhood’s evolution through the eyes of two women and their lifetime of friendship. From the artistic team that brought you The House That Will Not Stand, The Gospel of Lovingkindness, and An Issue of Blood, director Chay Yew and playwright Marcus Gardley now explore Chicago history, beauty, and friendship. 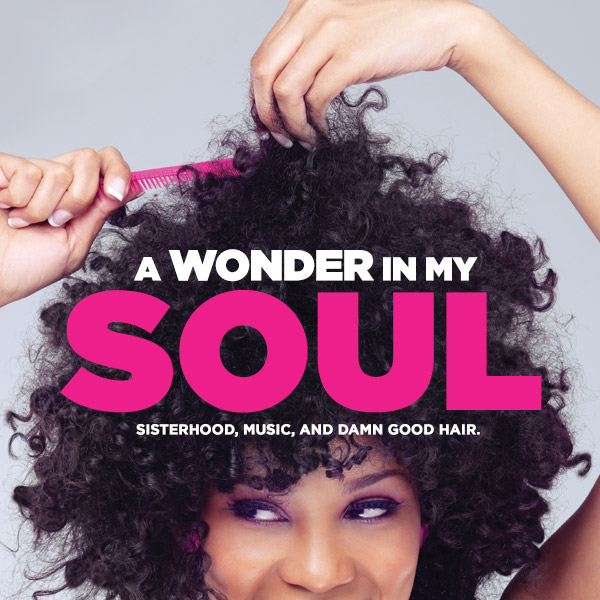 “A Wonder In My Soul, our fourth production with playwright Marcus Gardley, is his love letter to the South Side of Chicago,” comments Artistic Director Chay Yew. “He continues to give passionate voice to a community that has been largely overlooked. Against the backdrop of gentrification and change, this Chekhov-inspired play is an intimate portrait of a family of remarkable black women who find home in a local beauty salon. Through their friendship, we witness their relationship to hair, their neighborhood, and their history.”

Marcus Gardley (Playwright) is a poet playwright who is the current recipient of the 2015 Glickman Award. He was the 2013 James Baldwin Fellow and the 2011 PEN Laura Pels award winner for Mid-Career Playwright. The New Yorker describes Gardley as “the heir to Garcia Lorca, Pirandello and Tennessee Williams.” His play The House That Will Not Stand was commissioned and produced by Berkeley Rep and has had subsequent productions at Yale Rep, the Tricycle Theater in London and Victory Gardens Theater. He is an ensemble playwright at Victory Gardens Theater where his play The Gospel of Lovingkindness was produced in March of 2014 and where he won the 2015 BTAA award for best play. In 2014, his saga The Road Weeps, the Well Runs Dry about the migration of Black Seminoles (a tribe of African American and First Nations People) from Florida to Oklahoma had a national tour. He has had several productions, some of which include: Every Tongue Confesses at Arena Stage starring Phylicia Rashad, and On The Leveewhich premiered in 2010 at Lincoln Center Theater 3. He is the recipient of the 2011 Aetna New Voice Fellowship at Hartford Stage, the Hellen Merrill Award, a Kellsering Honor and the Gerbode Emerging Playwright Award. He holds an MFA in Playwriting from the Yale Drama School and is a member of The Dramatists Guild. Gardley is a professor of Theater and Performance Studies at Brown University.

Linda Bright Clay (First Lady) Linda Bright Clay, native Chicagoan, member of Actors’ Equity and SAG-AFTRA, has been a professional actor for over 30 years. Her theatre credits include The House That Will Not Stand, Victory Gardens; the BTAA and Jeff Award winning production of The Project(S) at the American Theatre Co, soon reprising her roles in The Project(S) with American Theatre Co.’s American Mosaic education program; For My brothers…(Writers Theatre Commissioned work); Having Our Say and Permanent Collection at Madison Rep; Home (BTAA Best Actress Award), Having Our Say, Top Hat all at Chicago Theatre Co; Joe Turner’s Come And Gone at the Goodman,Dame Lorraine at Victory Gardens; Ain’t Supposed To Die A Natural Death, Checkmates at eta. She has done many TV and radio commercials and can currently be seen in Colonial Penn and Northwestern Medicine spots. She has also appeared in other commercials such as, Blue Cross Blue Shield, Fifth Third Bank, U.S. Post Office, and Ace Hardware. Linda’s film and TV work includes Halfway, garnering critical acclaim in festivals and Seven Psychopaths. Her short films include Flickering Blue, Just Married and The Night before the Morning After.

Greta Oglesby (Aberdeen Calumet) Greta Oglesby played the lead in Tony Kushner’s Caroline, or Change at the Guthrie Theatre in Minneapolis. Oglesby won the Ivey award for that performance. Greta’s resume includes 5 seasons at the Oregon Shakespeare Festival, Crowns, Burial at Thebes, Sunshine Boys, and Appomattox at the Guthrie, Gem of the Ocean and Amen Corner at the Goodman Theatre in Chicago, and several plum roles at Penumbra Theatre, including The Piano Lesson, Ballad of Emit Till, and Black Nativity. Greta has recently published a book entitled “Mama N Nem…Handprints On My Life” (Kirkhouse).

Jeffery is a native of South Side Chicago and son to Sheila Wilson Freelon and late Father Jeffery Owen Freelon Sr. He has his mother to owe for his interest in the arts simply because she fervently assured his success in his 4th grade debut as Walter Lee Younger in A Raisin in the Sun, as his acting coach. From there Jeffery has constantly been on the rise from his graduation from The University of Michigan, appearing on “Chicago PD,” to winning the “Denzel Washington” award from the BTAA for his role as Karl Berry in Byhalia Mississippi. He is also a proud team member of Paonessa Talent Agency.