JOSHUA BELL AT THE McCALLUM FEBRUARY 1

With seven #1 albums on the Billboard Classical charts, performances on seven film soundtracks, and a savvy social media presence, Joshua Bell is one of the most prominent American artists of his generation. His stylistic sympathies are wide-ranging and his recitals are always highlight events.

Joshua Bell
With a career spanning more than 30 years as a soloist, chamber musician, recording artist and conductor, Joshua Bell is one of the most celebrated violinists of his era. An exclusive Sony Classical artist, he has recorded more than 40 CDs, garnering Grammy, Mercury, Gramophone and Echo Klassik awards and is recipient of the Avery Fisher Prize.

Joshua has collaborated with countless artists in and outside the classical arena and performed on television shows including the Grammy Awards, numerous “Live from Lincoln Center” specials, and on movie soundtracks including the Oscar-winning film The Red Violin.

Joshua received his first violin at age four, and, at 14, performed with Riccardo Muti and the Philadelphia Orchestra, followed by his Carnegie Hall debut at 17. Perhaps the event that transformed his reputation from “musician’s musician” to “household name” was his incognito performance in a Washington, D.C. subway station in 2007 for a Washington Post article which examined art and context. The cover story earned writer Gene Weingarten a Pulitzer Prize, and sparked an international discussion which continues to this day.

Convinced of the value of music as both a diplomatic and educational tool, Joshua was a member of President Obama’s Committee on the Arts and the Humanities and, in 2016, he participated in the U.S. government’s inaugural cultural mission to Cuba. He is involved in Turnaround Arts, a signature program of the President’s Committee on the Arts and Humanities led by Michelle Obama, providing arts education to low-performing elementary and middle schools.

Joshua’s 2016/17 season includes season-opening appearances with the Atlanta Symphony and Minnesota Orchestra, and performances with the New York Philharmonic under Alan Gilbert, Los Angeles Philharmonic under Gustavo Dudamel, plus the symphony orchestras of San Francisco, Seattle, Montreal and the National Arts Centre Orchestra. Abroad, he performs with the Vienna Philharmonic, Leipzig Gewandhaus Orchestra, Frankfurt Radio Symphony and Czech Philharmonic. He will embark on four international orchestral tours – the U.K., Benelux, Germany and Australia with the Academy of St. Martin in the Fields; to Switzerland with the Verbier Festival Chamber Orchestra; to Austria, Germany, Italy and Sweden with the Swedish Radio Symphony under Daniel Harding; and to Korea and Japan with the Orchestra de Paris also with Harding. He makes recital appearances throughout North America with his recital partners Alessio Bax and with Sam Haywood in a West Coast tour. 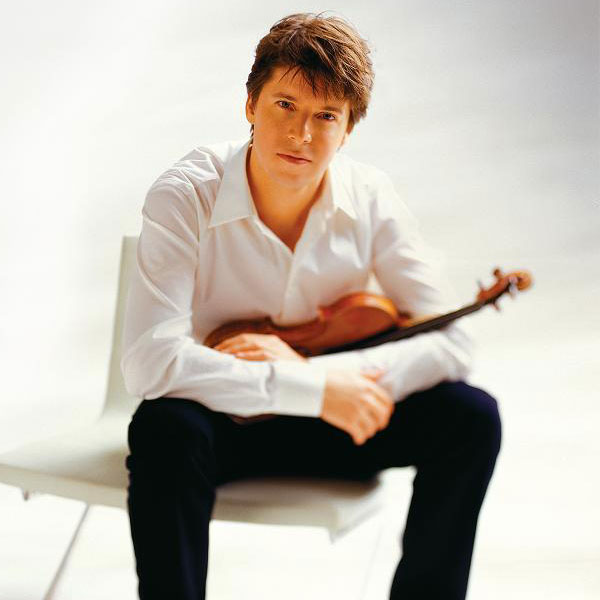 A highlight of the season features Joshua in a week-long residency in Washington, D.C., where he will serve as 2016-2017 Artist-in-Residence at the Kennedy Center and National Symphony Orchestra. Performing and collaborating across artistic and educational mediums, he will explore the depths of artistic possibilities, examining synergies between music, dance, culinary arts, literature, education, and technology. Featured events will include an evening with Gourmet Symphony, a collaboration with Brooklyn’s Dance Heginbotham, a recital with literature celebrating John F. Kennedy’s Centennial, and a world premiere co-commission from Anne Dudley in a family concert based on the bestselling children’s book The Man with the Violin, inspired by Joshua’s incognito 2007 D.C. Metro performance.

Sam Haywood
British pianist Sam Haywood has performed to critical acclaim all over the world. Alongside his busy solo and chamber music career, he is a composer and Artistic Director of the Solent Music Festival.

Sam recently recorded the piano works of Russian pianist-composer Julius Isserlis, grandfather of the cellist Steven Isserlis, for Hyperion. To celebrate Chopin’s bicentennial year in 2010, he made the world première recording on Chopin’s own Pleyel piano, part of the Cobbe Collection. He also features on Joshua Bell’s album Musical Gifts, and on a CD of the works of eight-year old prodigy Alma Deutscher.

Following his early success in the BBC Young Musician of the Year competition, the Royal Philharmonic Society awarded Sam their prestigious Isserlis Award. He studied with Paul Badura-Skoda in Vienna where he began his love-affair with opera. At the Royal Academy of Music in London, he was mentored by the renowned teacher Maria Curcio, a pupil of Artur Schnabel.

Sam attaches great importance to his work with young people. He is an ambassador to West Lakes Academy, has written a children’s opera, and is involved in family concerts, workshops and master classes. His “Song of the Penguins,” for bassoon and piano is published by Emerson Editions and he has commissioned works by composers John McLeod and Oliver Davis.

Outside his musical world, he is passionate about his native Lake District, literature, technology and magic.

Tickets for this performance of Joshua Bell are $97, $87, $67 and $57. Tickets are available at the Theatre’s website at www.mccallumtheatre.com or by calling the McCallum Theatre Box Office at (760) 340-ARTS. The McCallum Theatre, located at 73000 Fred Waring Drive, Palm Desert CA 92260, accepts payment by cash, personal check, VISA, MasterCard, Discover and American Express.