Underscore Theatre’s World Premiere of MY NAME IS ANNIE KING runs through May 28, 2017 at Pride Arts Center 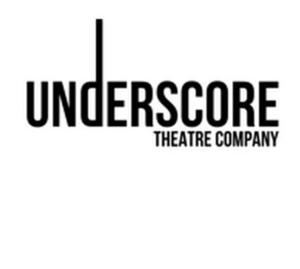 Underscore Theatre Company is pleased to present the world premiere musical thriller MY NAME IS ANNIE KING, the story of a young man who stumbles into the world of a religious cult in backcountry Missouri, becoming intoxicated by its leader and his ideologies. With a bluegrass/folk infused score by Aaron Albert and Katy Rea and book by Krista Pioppa, the new musical is directed by Alex Higgin-Houser. In the tradition of Underscore’s 2016 hit musical Haymarket: The Anarchist’s Songbook, some members of the cast will play their own instruments. MY NAME IS ANNIE KING will play April 21 – May 28, 2017 at Underscore’s new resident home Pride Arts Center (The Broadway), 4139 N. Broadway in Chicago. Tickets are currently available at underscoretheatre.org.

Lucas Embry (Royen Kent), a young med student still reeling from the death of his estranged father, finds himself after an alcohol- and drug-fueled episode amidst a religious cult in the woods of Missouri. Seduced by the charisma of the cult’s leader (Jeff Mills) and his many female followers, Lucas finds himself drawn into hallucinogenic rituals, an undercurrent of dark sexuality, and the promise of a home he never knew. But when he starts to fall for the leader’s ersatz daughter (Paige Daigle), he sets off a chain reaction that can only end in death.

Royen Kent with the cast of Underscore Theatre Company’s world premiere of MY NAME IS ANNIE KING. Photo by Evan Hanover.

“As the only company in Chicago dedicated to new works of musical theatre, we have the opportunity to explore pieces in the genre that break the mold,” says Artistic Director Alex Higgin-Houser, “Annie King is a musical unlike any we’ve encountered: it’s a thriller, lives in the lush, natural world of bluegrass, and features almost exclusively women. We couldn’t be prouder to begin our residency at Pride Films and Plays with this exciting new piece, and these promising authors.”

MY NAME IS ANNIE KING marks Underscore’s first production in a multi-year residency at Pride Films and Plays,” comments Executive Director Laura Stratford. “There is nothing more important for a young theatre company than a chance to find its home and grow. The story of the company that grows from itinerant to institution is increasingly rare, but thanks to David Zak and PFP, we’re able to take the next step, and continue providing a home for new musicals in Chicago.”

The trio’s partnership began at Pace University in New York City – starting as classmates in the BFA Musical Theater program, and then eventually being paired up in Ryan Scott Oliver’s Musical Theater Writing class, where My Name Is Annie King was conceived. Since then, they’ve participated in various writers’ retreats with the support of their alma mater. In 2014, they presented a fully staged reading of Annie King complete with a full size band and subsequently recorded a set of demos with the same cast and band at Kilgore Studios. They have showcased their material in concert at venues such as Joe’s Pub, 54 Below, NYMF and New World Stages. My Name Is Annie King was accepted into the Johnny Mercer Writers Colony at Goodspeed Musicals in 2016, where the three were able to work on the piece for two weeks under the guidance of the Goodspeed faculty, as well as being in the company of other up-and-coming writers and directors. My Name Is Annie King is the first collaborative piece from the writing trio.

Alex Higgin-Houser (Director) is a director, librettist and arts administrator based out of Chicago. As Artistic Director and founding ensemble member of Underscore Theatre Company, Alex has most recently produced Tonya and Nancy: The Rock Opera (2016, Producer), Haymarket: The Anarchist’s Songbook (2016, Creator, Book/Lyrics) The Story of a Story: The Untold Story (2015, Producer), Borderlands (2015, Director) and the Chicago Musical Theatre Festival (2014 – present, Festival Director). Altogether, with Underscore Theatre Company, Alex has produced or co-produced nearly 50 musicals in the Chicago storefront arena. Alongside regular collaborators Laura Stratford, David Kornfeld and Brendan Siegfried, Alex has authored or co-authored six world-premiere musicals, including an upcoming work in the New York Musical Theatre Festival.

Founded in 2011, Underscore Theatre Company is a team of producing artists dedicated to exploring stories of power and resonance through a musical lens; fostering the development of new musicals; and bolstering Chicago’s role as a national leader in musical theatre. Since its creation, Underscore has produced 44 new musicals in Chicago. Underscore is proud to be Chicago’s home for new musicals.