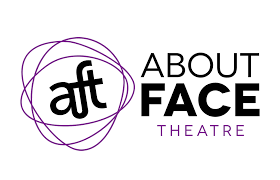 Following hit performances of I Am My Own Wife and The Temperamentals, About Face Theatre concludes its 2016-17 Season with the Chicago premiere of Pulitzer Prize nominee Tanya Barfield’s contemporary love story BRIGHT HALF LIFE, directed by AFT Artistic Associate Keira Fromm, playing May 26 – July 1, 2017 at Theater Wit, 1229 W. Belmont Ave. in Chicago. Tickets are currently available at aboutfacetheatre.com, by calling (773) 975-8150 or in person at Theater Wit Box Office.

Off-Broadway hit and winner of the 2016 Lambda Literary Award for Best Play, BRIGHT HALF LIFE charts the complexity of commitment, relationships, and marriage as it follows the ups and downs of a modern lesbian couple. Their story is told through a series of fast-moving, fragmented memories – from elevator rides as strangers to steamy workplace romances to heartache to building a family.

“I’m excited to feature Tanya Barfield’s work, a fresh counterpoint to this season’s historical pieces,” comments Artistic Director Andrew Volkoff. “Tanya’s language is muscular and sparkles, but it was her inventive structure that captured me.  She’s created a verbal tilt-a-whirl for the audience, echoing the ins and outs of every modern relationship that I think will speak to everyone who’s ever been in love.”

Keira Fromm (Director) is a Jeff Award nominated director, a casting director and a teacher based out of Chicago. Favorite recent directing credits include: How the World Began (Rivendell Theatre Ensemble,) A Kid Like Jake (About Face Theatre), Luce (Next Theatre), Charles Ives Take Me Home (Strawdog), The How and the Why (TimeLine Theatre), Broadsword (Gift Theatre) and Fallow (Steep Theatre). Keira is an Artistic Associate with About Face Theatre. She received her MFA in Directing from The Theatre School at DePaul University and is a proud member of SDC. She is also a frequent guest director at DePaul as well as the Chicago College of Performing Arts at Roosevelt University. Keira currently directed the well-received Chicago premiere of The Columnist with American Blues Theater.

About Face Theatre (Andrew Volkoff, Artistic Director) creates exceptional, innovative, and adventurous theatre and educational programming that advances the national dialogue on sexual and gender identity, and challenges and entertains audiences in Chicago and beyond.