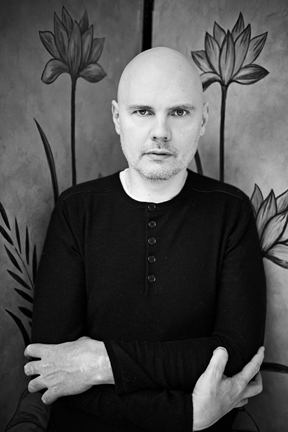 The 48-HOUR MUSICALS, for which emerging and established musical theatre writers create and rehearse 15-minute musicals in just 48 hours, have been an annual mainstay of The Music Theatre’s Company’s seasons since 2008. This year, TMTC reprises four audience favorites that led to full-length commissions that TMTC will produce later this season. The program concludes with the world premiere of a 20-minute musical by Smashing Pumpkins frontman Billy Corgan, who makes his musical theatre writing debut.

“The 48-Hour Musicals were devised as a way to challenge musical theatre artists to trust their instincts and introduce audiences to emerging writers and the creative process,” comments Co-Artistic Director Jess McLeod. “What began as an experiment in 2008 quickly became a season favorite for TMTC patrons, resulting in the creation of a new art form – the 15-minute musical – and an annual showcase for the innovation and artistry TMTC is known for.”

“We are thrilled to be revisiting these pieces which ultimately inspired future TMTC commissions and to be premiering a work by Billy Corgan in this year’s line up,” comments Founding Artistic Director Jessica Beth Redish.

Adds Mr. Corgan, “My interest in musical theatre has grown throughout the years. Ms. Redish, I believe, is a visionary; she’s inspired me to jump into the narrative form in a fresh way.”

An adorably neurotic Chase Bank employee stamps “DENIED” and “REJECTED” on loans, claims – and the men in her life. Originally written in 2008 and inspired by a randomly chosen line on a randomly chosen page from The Arden Shakespeare Complete Works.

Two lost Americans swap stories in a café in Paris while an all-seeing server looks on. Originally written in 2012 and inspired by a phrase on a quirky greeting card meant to be sent anonymously to an ex.

One actress plays both a bride-to-be and her mother on the night of her wedding, their first family event since the father of the bride has passed away. Originally written in 2009 and inspired by the imagined last words of businessman Peter Griffith by his daughter, actress Melanie Griffith.

Two men discuss their relationship in code at the foot of the statue of the father of Valentina Tereshkova, the first woman in space. Originally written in 2013 and inspired by a smartphone autocorrection.

A world premiere 20-minute musical based on The Eleusinian Mysteries and the myth of Persephone’s abduction by Hades, Lord of the Underworld.

Billy Corgan is an American musician, producer, lyricist, writer and poet, best known as the frontman of The Smashing Pumpkins.

Scotty Arnold’s other works include The Distant Land of My Father (San Jose Stage: Margaret Wingrove, Dir.), The Veteran’s Wife (Colony Theatre: Scott Guy, Dir.), Lost & Found (NYU: Susanna Gellert, Dir.), The Wondeful Visit (NYU: Daniel Goldstein, dir.), Mortality Play (Joe’s Pub: West Hyler, dir.; Yale Institute for Musical Theatre: Mark Brokaw, dir.), and That Time We Found a Sasquatch in the Woods. (Musical Theatre Factory, Finger Lakes’ “The Pitch”). He has been an artist in residence at CAP 21, New York Stage and Film, and Space on Ryder Farm. He studied at the Academy for New Musical Theater in North Hollywood and attended the Tisch School of the Arts’ Graduate Musical Theatre Writing program at NYU. Scotty is currently authoring OSCAR & RICHARD & JOE, an evening about Rodgers and Hammerstein’s Allegro, which will appear at Ravinia Festival with TMTC in January 2015.

Diana Lawrence’s multi-playwright collaborative musical, Next Stop, was performed in workshop at the Steppenwolf Garage in 2013. Mill Girls, her musical for young women, was commissioned by The Music Theatre Company in 2014 and will appear at TMTC in summer 2015. Diana has also composed music for The Second City and for Storycatchers Theatre, a youth development organization that devises original musicals with incarcerated youth. Called a “drop dead show stopper” by Music Connection Magazine, Diana has has shared the stage with artists including Nellie McKay and Dawn Upshaw, and has released three albums, both solo and with her band, Diana & the Dishes. As a music director and pianist, Diana has worked with The Second City, the Chicago Children’s Choir, Hubbard Street Dance Chicago and Porchlight Music Theatre.

Michael Mahler is currently represented on the West End by the revival of Miss Saigon. He is a Jeff

Award-winning composer/lyricist whose current projects include stage adaptations of October Sky and Secret of My Success (both for Universal), the New York bound Hero, and a family rock musical with book by Rachel Rockwell based on Alice and Wonderland (Chicago Children’s Theatre, April 2015). His shows How Can You Run with a Shell on Your Back? (co-book, music, and lyrics by Alan Schmuckler); Knute Rockne: All-American (co-lyrics by David H. Bell, book by Buddy Farmer); Painted Alice (book by William Donnelly); The Main Street Kids Club (book and lyrics by Scott Ferguson); and others have been commissioned and produced at theaters including Chicago Shakespeare Theater, Marriott Theatre, Asolo Rep and the Spirit of Broadway. Michael is also a Jeff-nominated actor and musical director. Michael created the music and lyrics for The 9/11 Report, which will appear at TMTC in summer 2015.

J. Oconer Navarro specializes in new work, and has headed numerous concerts, readings and workshops at venues all over NYC, including 54 Below, Joe’s Pub, various festivals and the prestigious Lincoln Center Theater. J. wasMusic Director on the acclaimed Adding Machine and collaborated with composer Josh Schmidt again on Whida Peru: Resurrection Tangle at Premieres/Primary Stages. Regionally, he was Music Director and Arranger for Quiara Alegría Hudes’ and Bill Sherman’s Barrio Grrrl! at The Kennedy Center (Helen Hayes Nomination), and has worked at Barrington Stage Company, Hangar Theatre, Theatreworks – Palo Alto, Two River Theater Company and Westport Country Playhouse. J. is part of the founding faculty at  New York University’s Tisch School of the Arts – Department of Undergraduate Drama, New Studio on Broadway under the Artistic Direction of Kent Gash.

Jess McLeod (Director) is the Co-Artistic Director of The Music Theatre Company where her credits include The Pajama Game, Fugitive Songs in Concert and Young Artists’ Program productions of Mill Girls, Zanna, Don’t! and YAPbook ’11. Other Chicago credits include: Shawn Pfautsch’s Season on the Line (The House Theatre of Chicago), Emily Schwartz’s Funeral Wedding: The Alvin Play (Strange Tree Group), Kevin Coval’s L-Vis Live! (Victory Gardens), Bathsheba Doran’s Kin (Griffin Theatre), The Wedding Singer (Haven Theatre), and Venus (Steppenwolf/Northwestern). From 2005-08, McLeod served as Director of Programming for The New York Musical Theatre Festival, where she oversaw all curating and directed pop/musical theatre fusion concerts such as The Unauthorized Musicology of Ben Folds. She has also directed workshops of new plays and musicals for The Goodman, American Theater Company, The Music Theatre Company, and The American Music Theatre Project. M.F.A., Northwestern University.

Jessica Beth Redish (Choreographer) is the Founding Artistic Director of The Music Theatre Company where she directed and choreographed the company’s productions of PIPPIN (Jeff Award Nomination – Choreography), Merrily We Roll Along, Erika’s Wall, The 9/11 Report, Saudade: dreams and longing and choreographed The Pajama Game and Mill Girls. Chicago area choreography credits include: Sweet Charity and She Loves Me (Writers Theatre), RENT  at American Theater Company/About Face Theatre (dir. David Cromer), Season on The Line at The House Theatre of Chicago and various productions for First Stage in Milwaukee. NY Credits include: Movement Direction for the Off-Broadway production of Adding Machine (dir. David Cromer) and choreography for The Act at 54 Below. Recent national television work includes choreography for the PBS Special featuring the a cappella group “Gentleman’s Rule.” Jessica is an alumna of Northwestern University and a member of SDC.

The Music Theatre Company explores the musical in the interest of expanding the canon of musical theatre through fully-staged productions, commissions of new works and musical experiments.  For additional information, visit www.themusictheatrecompany.org.