Broadway In Chicago is pleased to announce that STOMP, the international percussion sensation, returns to Chicago for the holidays by popular demand to play the Broadway Playhouse at Water Tower Place (175 E Chestnut) for a limited engagement December 5 – 30, 2018.  From its beginnings as a street performance in the UK, STOMP has grown into an international sensation over the past 20 years, having performed in more than 50 countries.  Individual tickets go on-sale to the public on September 28, 2018.

Created by Luke Cresswell and Steve McNicholas, STOMP continues its phenomenal run with four global productions: the ongoing sell-out production at New York’s Orpheum Theatre, a permanent London company, and North American and European tours. Throughout its life, the show has continued to change by creating new material; this year, it will incorporate two new pieces.  It is safe to say you will never again look at supermarket carts  or plumbing fixtures the same way… or paint cans, or kitchen sinks or…

STOMP, an overwhelming success marked by rave reviews, numerous awards, and sell-out engagements, is the winner of an Olivier Award for Best Choreography (London’s Tony Award), a New York Obie Award, a Drama Desk Award for Unique Theatre Experience and a Special Citation from Best Plays. 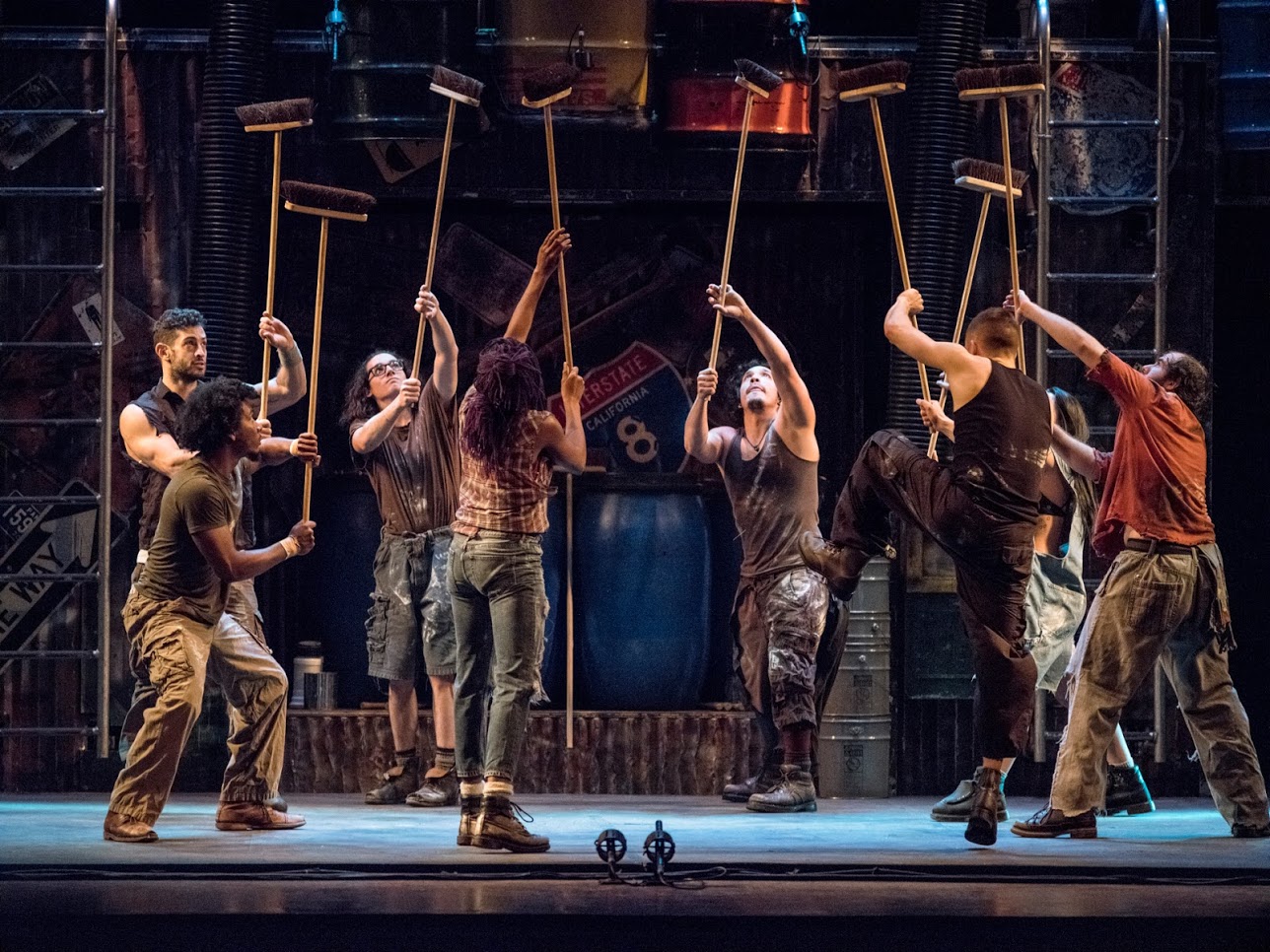 The performers “make a rhythm out of anything we can get our hands on that makes a sound,” says co-founder/director Luke Cresswell.  A unique combination of percussion, movement and visual comedy, STOMP has created its own inimitable, contemporary form of rhythmic expression: both household and industrial objects find new life as musical instruments in the hands of an idiosyncratic band of body percussionists.  It is a journey through sound, a celebration of the everyday and a comic interplay of characters wordlessly communicating through dance and drum.

Critics and audiences have raved: “STOMP is as crisp and exuberant as if it had opened yesterday,” says The New York Times. The San Francisco Chronicle declares “STOMP has a beat that just won’t quit!” The Los Angeles Times exclaims: “Electrifying! Triumphs in the infinite variety of the human experience.” “A phenomenal show! Bashing, crashing, smashing, swishing, banging and kicking – a joyous invention!” says the Chicago Tribune.

Individual tickets for STOMP will go on sale on September 28, 2018 and range in price from $39-$84 with a select number of premium seats.  Group tickets for 10 or more are now on sale by calling Broadway In Chicago Group Sales at (312) 977-1710.   For more information, visitwww.BroadwayInChicago.com or www.stomponline.com.

ABOUT BROADWAY IN CHICAGO
Broadway In Chicago was created in July 2000 and over the past 18 years has grown to be one of the largest commercial touring homes in the country.  A Nederlander Presentation, Broadway In Chicago lights up the Chicago Theater District entertaining more than 1.7 million people annually in five theatres.  Broadway In Chicago presents a full range of entertainment, including musicals and plays, on the stages of five of the finest theatres in Chicago’s Loop including CIBC Theatre, Oriental Theatre, Cadillac Palace Theatre, and just off the Magnificent Mile, the Broadway Playhouse at Water Tower Place and presenting Broadway shows at The Auditorium Theatre of Roosevelt University.