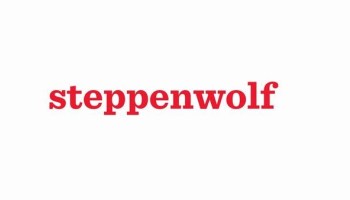 Steppenwolf’s LookOut Series, now in its second year, announces a thrilling variety of artists for their fall lineup with talent hailing from as far as Cuba and Mexico to our own Chicago community. Since launching in June 2016, the LookOut Series has hosted more than 600 artists in 162 performances of 73 unique engagements, entertaining more than 8,300 patrons in Steppenwolf’s 1700 Theatre.

Tickets to most Fall LookOut programming go on sale Tuesday, August 8 at 11am through Audiences Services (1650 N Halsted), 312-335-1650 and steppenwolf.org. Steppenwolf Red and Black Card Members may use credits towards shows in the 1700 Theatre. Lineup below; prices vary. For information, visit steppenwolf.org/lookout.

Programming takes place in Steppenwolf’s 1700 Theatre (1700 N. Halsted St.), an 80-seat cabaret-style space connected to Steppenwolf’s own Front Bar: Coffee and Drinks, a creative space to grab a drink, have a bite, or meet up with friends and collaborators, day or night. Guests can take drinks into the theater.

In the Round: Labor Day BBQ with Kevin O’Donnell
Tuesday, September 5
7pm
$20

House Theatre of Chicago company member Kevin O’Donnell brings together a diverse group of musicians from Chicago and beyond, to talk, share, and generally show off.

June 16, 2016. Latin Night at Pulse Nightclub was a gathering for people who wanted an escape to be safe and be themselves. That night became one of the most devastating attacks on the queer community in history. Four writers gathered in response to the tragedy. The Pulse Project is a 1-hour play comprised of monologues inspired by people who died, survived, and shared their accounts of that horrific night.

Relying on personal experiences Matt Bodett offers this fully accessible performance as a way of considering aspects of mental illness and more specifically schizophrenia. Although an abstract illness, schizophrenia and some of its associated symptoms are humanized by Bodett.

This performance is one part of a larger residency project supported by UIC’s Bodies of Work and 3Arts. Twelve: a series of performative koans consists of twelve performance art projects that will take place across the city during the months of September and October of 2017.

Steppenwolf is proud to be a venue partner for DESTINOS, the inaugural Chicago International Latino Theater Festival. DESTINOS is an ambitious month-long festival of ‘First voice’ plays and panels produced by Chicago Latino Theater Alliance (CLATA). For each weekend in October, Steppenwolf’s 1700 Theatre will feature the work of daring Latino companies from across the globe.

What cause or excuse could any person give to try and justify what is considered to be the worst of all crimes – killing your own children? Based on Euripedes’ and Seneca’s Greek tragedies, this play from Puerto Rico’s Arte Boricua is designed to humanize, and perhaps understand, a woman that has been scorned through the ages: Medea.

A show fit for our turbulent times, La Muerte y la Doncella is the first production of Chicago-based Aguijón Theater’s 28th season, dedicated to the exploration of the psychological toll of the politics of fear. Set after the fall of a dictatorship, the play follows a woman who must overcome her past and confront her deepest fears in search of long sought justice.

This production from Cuba’s Ludi Teatro features the sounds and dances of indigenous musical genres such as chachacha, bolero and rumba. While the text that inspired this work, El Peine y el Espejo, was penned in 1956, the central topics of machismo, gender violence, family and religion, all still resonate today.

The action of this 19th century European play is shifted to Colombia to explore the power relationship between the United States and Latin America. Audiences are invited to witness a slice of Colombia, complete with live traditional folk music, salsa and rum. This bi-lingual production, performed in English and Spanish, is a clash of cultures, a dance of death combining heightened physicality and rich naturalistic text.

Join Kelly Anderson Dance Theatre for an evening of dance, theater and comedy. Highlighting works from some of her favorite productions, Anderson weaves together an evening of terrible dates, broken hearts and the common struggle of an artist “waiting” for their big break.

In Lucky Plush’s newest dance-theater work, Rooming House, a disagreement about the classic story of Orpheus and Eurydice propels a group of friends into a physically and psychologically complex game of whodunit, solved through contemporary interpretations and personal storytelling. Rooming House offers a playful and lively blueprint for pursuing the question: what makes a person do something that could have shattering and irreparable consequences?

Lucky Plush Productions is an ensemble dance-theater company based in Chicago, led by founder and Artistic Director Julia Rhoads. The company is committed to provoking and supporting an immediacy of presence—a palpable live-ness—shared by performers in real time with audiences. A unique hybrid of high-level dance and theater, Lucky Plush’s work is recognized for its layered choreography, nuanced dialogue, surprising humor, and socially relevant content.

Chicago-based contemporary classical collective Ensemble Dal Niente teams up with the Mazatlán-based Delfos Danza Contemporánea for this two-night engagement. The program includes the world premiere of Chicago-based composer Tomás Gueglio’s “Proa” (“prow”) for four dancers and harp, in which harpist and dancers use sound, clothing, and bodies to explore themes of migration, immigration, alienation, and identity.

LookOut is Steppenwolf’s performance series that presents the work of artists and companies across genre and form, emerging artists and performance legends, quintessential Chicago companies and young aspiring ensembles, familiar Steppenwolf faces and new friends. Tickets to all LookOut programming are available through Audience Services (1650 N Halsted), steppenwolf.org or 312-335-1650. Prices vary for each show. Steppenwolf Red Card and Black Card Members may use credits towards any LookOut programming. The LookOut Series is presented year-round and announced on an ongoing basis. John Zinn, Greta Honold and Patrick Zakem are the producers for LookOut. For more information, visit steppenwolf.org/lookout.

Located in front of the 1700 Theatre is Steppenwolf’s café & bar, Front Bar: Coffee and Drinks. Open daily from 8am to midnight, Front Bar is a creative space to grab a drink, have a bite, or meet up with friends and collaborators, day or night. Front Bar serves artisanal coffee and espresso is provided by La Colombe and has a new menu for this spring and summer with food prepared by Goddess and Grocer. The menu focuses on fresh, accessible fare, featuring grab-and-go salads and sandwiches for lunch and adding shareable small plates and desserts for evening and post show service. More info at front-bar.com.

Steppenwolf Theatre Company is the nation’s premier ensemble theater. Formed by a collective of actors in 1976, the ensemble has grown to 49 members who represent a remarkable cross-section of actors, directors and playwrights. Thrilling and powerful productions from Balm in Gilead to August: Osage County—and accolades that include the National Medal of Arts and 12 Tony Awards—have made the theater legendary. Steppenwolf produces hundreds of performances and events annually in its three spaces: the 515-seat Downstairs Theatre, the 299-seat Upstairs Theatre and the 80-seat 1700 Theatre. Artistic programing includes a seven-play season; a two-play Steppenwolf for Young Adults season; Visiting Company engagements; and LookOut, a multi-genre performances series. Additional outreach initiatives include Steppenwolf Education, which engages 15,000 participants annually from Chicago’s diverse communities with teen programming, educator training and community partnerships; the esteemed School at Steppenwolf; and Professional Leadership Programs for arts administration training. While firmly grounded in the Chicago community, nearly 40 original Steppenwolf productions have enjoyed success both nationally and internationally, including Broadway, Off-Broadway, London, Sydney, Galway and Dublin. Anna D. Shapiro is the Artistic Director and David Schmitz is the Executive Director. Eric Lefkofsky is Chair of Steppenwolf’s Board of Trustees. For additional information, visit steppenwolf.org, facebook.com/steppenwolftheatre, twitter.com/steppenwolfthtr and instagram.com/steppenwolfthtr.