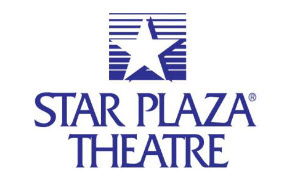 Charlie Blum, president and CEO of Star Productions, today announced that plans to shutter the Star Plaza Theatre have been reversed; the iconic theater with a decades-long history of presenting concerts, comedians and arts programming, will continue operating as it has in the past.  On August 9, 2016, Blum had announced that the theater was slated to close in May 2017 as it would be significantly impacted by the razing of the adjacent Radisson Hotel and the construction of the a new hotel on the property.

“We never wanted to close the theater. We reluctantly felt it needed to be sacrificed because it would not be possible to continue operating while the new hotel is being built,” said Blum, who has served as president & CEO of Star Productions, the entertainment division of White Lodging Services Corporation, since 1989. “We were not prepared for the outpouring of emotion that the announcement generated.  Not only did our patrons express their deep sadness at seeing the theater close, many nationally renowned artists also contacted us to express how much they would miss performing at the Star Plaza.  After much deliberation and consultation with our contractors, we determined that it was indeed feasible to retain the theater despite the nearby construction work.”

Continuously in operation since 1979, the Star Plaza Theatre has a history of presenting top-tier entertainers.  Regarded as a premier Midwest concert facility, the venue has been continuously profitable since its opening and is also a strong economic driver in northwest Indiana.

“The White family is steadfast in our commitment to the region,” added Bruce White, founder and chairman of the board of White Lodging Services Corporation.  “We know that the new hotel will better serve our community and guests.  But fueled in part by the tremendous reaction the closing announcement, we took a hard look at our plans and revised them in such a way that enables us to continue to operate the Star Plaza Theatre. It’s a win-win solution for everyone.”

“This is a happy day for all of us,” added Blum.  “We are overjoyed to not only be able to continue to be an entertainment and cultural beacon for the Midwest and an economic driver for the community, but also to welcome back the many performers who have called the Star Plaza Theatre their favorite concert facility, bring in new performers and create even more memories for our loyal patrons.”

Star Productions also had expanded in recent years to present a variety of artists at other venues around the country as well as manage entertainers and produce for television. Blum and his Star Productions team began pursuing a multitude of concert and theatrical opportunities since the closure announcement this past August.  Blum intends to continue the expansion of Star Productions beyond the operation of Star Plaza Theatre. The company recently signed Erich Bergen, star of CBS TV’s “Madam Secretary” and Clint Eastwood’s “Jersey Boys” to its management roster for concert performances, alongside PBS TV sensation, “Under The Streetlamp,” which is beginning a 60+ city tour in the United States supporting their third television special.

The Star Plaza Theatre opened in 1979 with a concert by Donna Summer, and has been in continuous operation since.  While based in Indiana, it attracted many fans from other areas, including Chicago.  Located at 8001 Delaware Place in Merrillville, Indiana, the theater has a seating capacity of 3,400, and has played host to staggering array of the top names in entertainment, including Whitney Houston, Christina Aguilara, ZZ Top, Alice Cooper, Diana Ross, Garth Brooks, Jamie Foxx, Luther Vandross, Bette Midler, Barry Manilow, Crosby, Stills and Nash, Tina Turner, Miles Davis, Sammy Davis, Jr., Patti LaBelle, Phil Collins, Ray Charles, Reba McEntire, Tim McGraw, Tony Bennet, BB King, Kenny Chesney and Aretha Franklin. The list of comedians who have played the venue includes Bob Hope, Jay Leno, Jerry Seinfeld, Ellen Degeneres, Richard Pryor and Jim Gaffigan.  The most frequent act to have played the theater is the Oak Ridge Boys, which brought its distinctive country sound to the venue for 37 consecutive years. www.starplazatheatre.com

White Lodging Services Corporation was established in 1985 and is headquartered in Merrillville, IN.  White Lodging is a fully integrated hotel ownership, development and operations company focused on developing and operating premium-branded hotels in growing urban markets across the United States. The company is a recognized leader that has defined and cultivated the ability to achieve consistent, sustainable growth among mid- to large-scale hotels. White Lodging has developed over 125 premium branded hotels over the last 25 years and its current managed portfolio consists of 166 hotels in 19 states including representation of the following leading brands:  Marriott International, Inc., Hilton Worldwide, Hyatt Global, Starwood Hotels and Resorts, Preferred Hotels & Resorts and InterContinental Hotel Group.