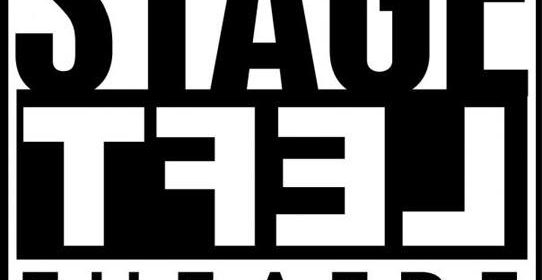 The Bottle Tree explores American gun culture through the story of a small-town girl with a dark family legacy. Allison Mason is being interviewed for a documentary about school shootings, which brings her back to her long-buried high school years in Mississippi. As the struggling, smart-mouthed sister of a school shooter, teenage Alley wrestled with forgiveness, moving forward, and the lingering questions about her brother’s crime and guns in general. Finding satisfying answers proves no easier an adult—just as the ongoing debate around gun control continues to evade solution. As Alley immerses in her past, will she finally find an opportunity for hope and healing in the future?

The Bottle Tree was developed in part through Stage Left’s Downstage Left Playwright Residencies 2014-2015, then in LeapFest 2015. The script was also presented and workshopped at the 2015 Ashland New Plays Festival, and has received an Honorable Mention on The Kilroys List for the past two years. 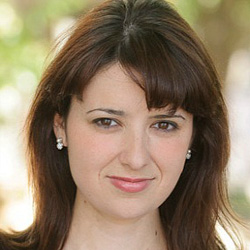 In line with our mission to raise social and political debate, Stage Left offers patrons a Symposium Series for every production. Immediately following each Sunday matinee, we will invite the audience to stay for a discussion centered on a particular question raised by the performance. Admission to the Symposium Series is free, but it is recommended that attendees have seen the production in order to fully appreciate and participate in the discussion. The Bottle Tree raises questions about America’s gun culture, the rights of gun owners in the wake of continued gun violence, and the communal impact of this kind of violence. The play presents multiple perspectives and characters on all sides of the gun debate, aiming to inspire meaningful, productive and inclusive conversations around a difficult and divisive topic.
TICKETS, DATES & INFORMATION

Beth Kander (Playwright) is a Chicago-based writer with Southern and Midwestern roots. Recent playwriting awards and activities include Ashland New Plays Festival (2016 and 2015), The Ruckus’ 2016 summer festival, BechdelFest 2016, The Kilroys List (Honorable Mentions 2015 and 2016), The Writers Room at The New Colony, LeapFest 2015, Downstage Left Residency, Charles M. Getchell New Play Award, and three Eudora Welty New Play awards. She has scripts represented by Stage Rights in Los Angeles and Chicago Dramaworks. In addition to playwriting, Kander writes novels, screenplays, and children’s literature. She is pursuing an MFA in Creative Writing at Mississippi University for Women, and has degrees from Brandeis University and the University of Michigan. She and her husband, Danny Dauphin, recently welcomed their daughter into the world; the baby girl is mercilessly subjected to the arts already. www.bethkander.com

Amy Szerlong (Director) is a Stage Left Ensemble member where her credits include directing for LeapFest (Handled, The Bottle Tree), the Belarusian Dream Theater Festival and Drekfest. She also served as the Assistant Director for Impenetrable and LeapFest (Witches Vanish, Blue Whitney). Outside of SLT, Amy has directed for the Saturday Series at Chicago Dramatists and various short play festivals at American Theatre Company, The Commission Theatre Co., the side project, and Something Marvelous. Amy has also worked as an Assistant Director at Step Up Productions (Barefoot in the Park), Redtwist Theater (Opus), Theater on the Lake (Opus), and American Theatre Company (The Amish Project, The Original Grease – Jeff Award for Outstanding Musical, Midsize). By day, Amy works in Development at Goodman Theatre. She is a graduate of the University of Richmond, where she majored in theatre with a concentration in arts management.

What of the Night? by María Irene Fornés, directed by Carlos Murillo; a co-production with Cor Theatre– The celebrated Cuban-American writer María Irene Fornés’s play, What of the Night?, is about sex, power, institutional failure, human frailty, betrayal, dreams and madness. A Pulitzer Prize finalist, it follows an extended family whose lives are intertwined even as they try to escape the ties that bind them. When the just-married 14-year-old Birdie leaves her impoverished home to seek a better life, she unwittingly sets in motion a sprawling epic told in intimate vignettes that spans across time and geography. Rainbow finds love. Charlie finds solace in loyalty. Ray finds the trappings of success. Though their yearnings are briefly rewarded, the lyrical story lays bare the difference between the hunger of the soul and the hunger of the ego.
Run dates: January 7 – February 12, 2017 at Theater Wit, 1229 W. Belmont