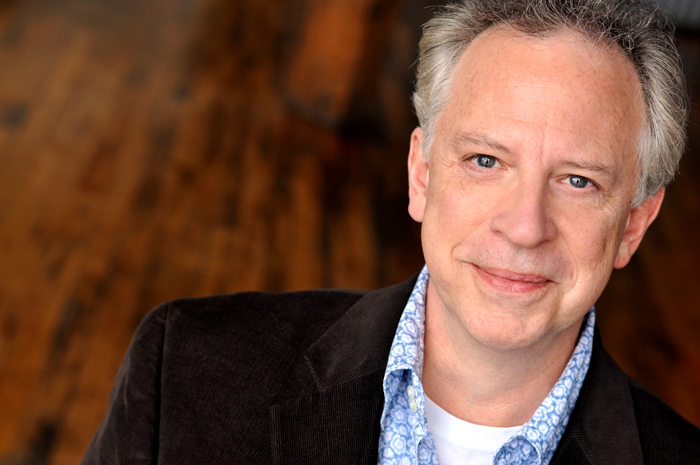 Actor Ross Lehman who plays Vanya in The Goodman’s Vanya and Sonia and Masha and Spike speaks with S.L. Crawley about his role in the show and why being like an old building is comforting thing.

(S) Tell me about the role of Vanya in the show. What attracted you to it?

(RL) Well, I’m an older Gay man grew up with 3 sisters (laughs). I wouldn’t have to work hard to understand or to interpret or to realize Vanya – sort of being the calm one until I explode, which I do on occasion. Also, I just loved the juxtaposition of the very, very hard positions that this play approaches – being middle-aged, feeling out place, out of step with the modern world. Feeling sometimes paralyzed, surrounded by a culture you don’t understand and feeling that you really can’t move through it in productive way. Finding everybody else on the planet to be irritating (laughs). You know, it’s something I think every middle-aged person has to deal with and there’s not a whole lot of treatment of that in plays. In fact, I think the audiences at the Goodman Theater (Chicago) are so far very grateful that their issues are being addressed. I love all of that – juxtaposed with the comedy. It’s just really funny. And I usually play the bigger comic role, but in this play I’m really kind of the straight man and I really loved that. I looked forward to taking the slower and steadier role. And of course I loved that big speech! (laughs) Although it was really daunting and scary and everything I just thought ‘Hey, I’d like to conquer that.’ I wanted that challenge.

(S) Tell me about the bond between Vanya and Sonia.

(RL) Weird! (laughs) What it reminds me of – I knew a girl in high school and we dated for about three weeks. But I was gay and didn’t really know it. It was funky but we stayed friends afterwards. And one of the reasons is both of our mothers died in the same year of cancer and we were both 23, very young. And we didn’t know anybody else who had lost his or her mother that young, and we bonded over it. We were both taking care of our mothers, we both ended up taking care of our fathers too, and the orphans club is a club you never want to belong to, but you find yourself there eventually. And we don’t have much in common. I don’t see the world the same way she does. She can really irritate me at times, and I can irritate her! (laughs) But we went through something together, and it created a bond that is useless denying. And I think that’s what happens with Sonia and Vanya. If they had friends, I don’t think they would look anything like each other (laughs). It’s almost like an arranged marriage but they’ve figured it out.

(S) Why do you think Theater is important?

(RL) You know, I think we all ask that. Because audiences come and go and we can’t follow them out the door and ask them if it meant anything to them. But after having been in Chicago, off-and-on for 30 plus years, I will say that when I do go out into the lobby sometimes, especially at Chicago Shakespeare where I’ve worked probably more than any other theater in town, and people come up to me and they thank me not just for the show, but I’m almost like – Catherine Hepburn used to say that people used to think of her as an old building, you know they walk by and they go – ‘oh yeah there’s the ole’ Wrigley building’, you know it’s kind of nice and comforting to see it again. It’s reassuring to see that it’s still there. And it’s hard for a lot of people to understand this, but there is a whole population of people who need theater. It’s a big part of their lives. I also think with theater, you know we don’t really question why history is important. But if you think about it, history chronicles what happens and theater chronicles sort of why everything happened. Who we are – what it is to be a human being. And it does it in a way, the fact that it’s happening in the moment and that there’s a relationship between the audience and the actors that is so much more communal and, forgive me for saying this but – spiritual experience – that doesn’t happen in movies and television. And I think that’s why theater is still around and probably always will be. One time I actually did ask an audience – I was doing a show at Steppenwolf and they had a discussion afterward and I just asked- ‘is theater important to any of you,” and everybody’s hand went up. One woman talked about having a certain images, lines, scenes from plays, live with her. I think because in some moments you identify so strongly with what you’re seeing, the line between their life and the characters life becomes blurred. And you experience something very exciting in a safe way. Almost like being on a rollercoaster, you’re not really in danger but you still feel very alive. I think when I do my speech, the audience sense I’m going to go there – and they’re kind of hoping I do, but a little afraid that I will. But the fact that I do, and that Vanya doesn’t feel like part of the world anymore, I can’t feel my own life as a result of that and having someone face that realization in front of you is uncomfortable.

(S) You’ve done plays and musical theatre is there one forum you lean towards more than another?

(RL) You know, I’ve gone back and forth, not always by choice and I had to do what I could to survive and stay in a career. When I first started, I did a lot of musicals but then the musical roles sort of dried up. I was sort of an odd type for a lot of parts. So then I had moved into dramatic roles, and then later in my 30’s I discovered Shakespeare, and that I had a facility for it, so that has been my bread and butter for the last 20 years. There are a lot of similarities between doing musicals and doing Shakespeare. There’s a lot of attention to poetry, speaking in meter is very similar to singing in meter, you know, and making poetry believable as dialogue is a challenge that a lot of musical theater artists find they’re good at. It’s not that I prefer one over the other, it’s that I’ve sort of been forced to explore a lot of different avenues and I’m very grateful for that actually, because it’s made me a better actor I think, and it’s enriched my life.

(S)Thank so much for doing this and best of luck with the run.

(RL) Thank you for having me!

Vanya and Sonia and Masha and Spike now playing at the Goodman Theatre through July 26th. Visit www.goodmantheatre.org/vanya or call 312.443.3800 for tickets and more information. Tickets range from $27 – $79.