Parker and Booth Are Stellar In KINKY BOOTS Tour 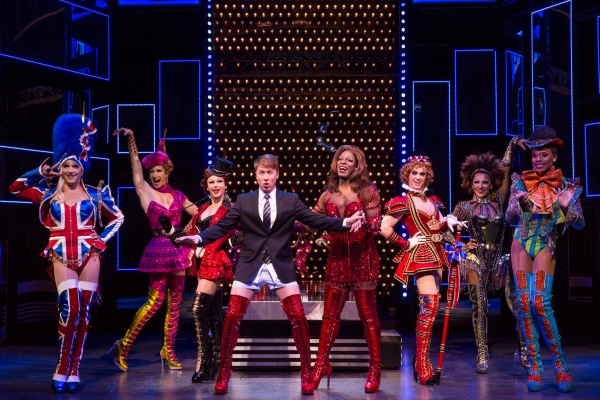 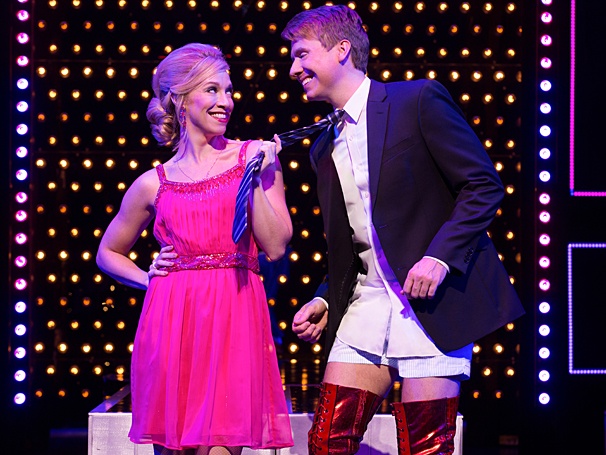 Kinky Boots, the show resulting from the artistic marriage of Tony Award Winning playwright Harvey Fierstein and Grammy and Tony Award Winning rock icon Cyndi Lauper, is now back in Chicago for a limited run at the Cadillac Palace. In fact, this show swept the 2013 Tony’s winning for Book, Score, Direction, Choreography and Sound Design after making its pre-Broadway debut at the Bank of America Theatre.

Broadway has had a love affair with the Brits and turning their movies into musicals such as Billy Elliot and The Full Monty, pulled off with great artistic success. Of the two, The Full Monty probably has the more memorable score.

Before seeing this production I knew nothing about Kinky Boots, having missed the film on which it is based so I went in a Kinky Boots virgin. In my salad days of the 1980s I, like many other gay men, spent a lot of time dancing to Lauper’s music in the discos. And some of her songs were not bad and in fact were kind of catchy and great to dance to.  However as a composer of a two hour plus musical the depth of Ms. Lauper’s lyrics seem a sophomoric which was a minor issue compared to the tragic sound imbalance at the Cadillac Palace which made it near impossible for myself or anyone else around to understand any lyrics coming out of the actors mouths. In fact the two patrons and reviewers sitting next to me had the same remarks and felt the same frustration I did. 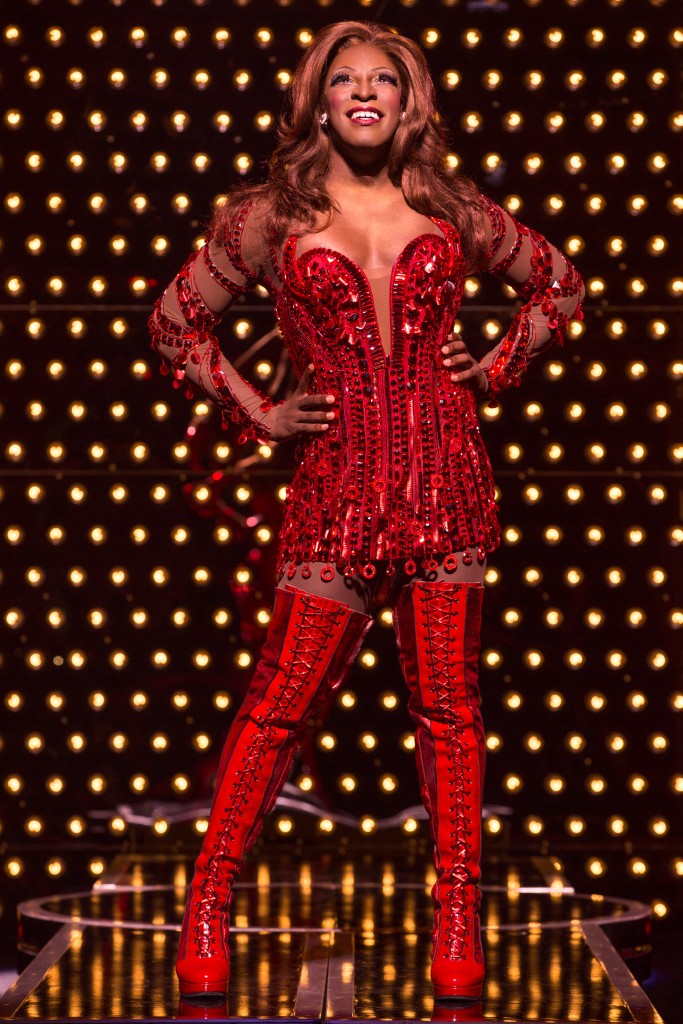 What made it even more unfortunate is that Kinky Boots is comprised of a great cast with two stellar leads; Kyle Taylor Parker (Lola) and Steven Booth (Charlie). In fact Parker is from the original Broadway cast and gives a tour de force performance. Both of these men have great chemistry and strong voices (which will be destroyed over time shrieking out this kind of music which has become the norm in Broadway musicals these days).

Kinky Boots plot centers itself around a failing shoe factory that, after the death of his father, Charlie takes over and tries to save. While saving what he thinks is a black woman from getting beaten up Charlie gets clonked on the jaw by her (Lola), a transvestite club performer.   Later Charlie offers to fix Lola’s heel which she broke on his head and make it strong enough to support the weight of a man. This leads to the idea of Lola and Charlie teaming up and changing the plain, conservative shoes designed by Charlie’s father, to Lola’s over-the-top red boots with six inch heels. At heart, the story is about acceptance of others and, more importantly, yourself. It is a feel good story.

Fierstein’s book is less engaging when one looks at some of the great musicals in which he has been involved with the creation (La Cage Aux Folles, Newsies and A Catered Affair), but his depth of understanding and writing dialogue for characters who are emotionally broken gives Kinky Boots its core, moreso than any of the musical numbers.

Kinky Boots falls into that genre of cult musicals and definitely has a huge following (it recouped its original investment after only 30 weeks on Broadway). If you are a Cyndi Lauper fan or under 40 then you will be in heaven; but if you crave something with more depth and complexity you may get the kink kicked out of you.