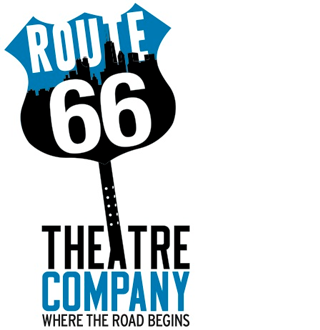 Led by Frances Limoncelli (Three-time Non-Equity Jeff Award Winner—New Adaptation), as workshop curator, this workshop will be focused on the playwright and giving them what they need to move their script toward being production-ready.

The workshop will take place over eight days in March, and will enlist the expert support of a professional cast of actors, two dramaturg mentors, and a panel of special guest directors, artistic directors, and literary managers to provide support, criticism, ideas, and suggestions.

“This new workshop is an important next step in our growth as an organization.” says Tovar. “We began last season with The Downpour and had great success, but now we have a chance to give meaningful support to one playwright, and to foster relationships with the playwriting community. Frances is the perfect person to lead this for us and I could not be more excited. We hope it will result in more exciting new plays for future seasons.” The workshop will culminate in a public reading at Mrs. Murphy and Sons Irish Bistro as part of the Route 66 Monthly Reading Series.

Since its inception, Route 66 Theatre Company has always involved its patrons in the season selection process with its Monthly Reading Series. “We’ve always chosen plays to produce that were given a public reading first because in the end, we are doing the work for our patrons who come to see us. I’ve always believed that involving them in our season selection is crucial to choosing important work that is topical and meaningful for our audience, while creating a sense of family. Beth Murphy and Mrs. Murphy and Sons Irish Bistro established a beautiful venue to continue the monthly tradition of reading new plays.”

Tovar says “Goldfish is a devastating new play that we’ve wanted to do for a while. We launched the company with John’s (Kolvenbach) On an Average Day and once I was able to get Francis and Shannon—two of my favorite actors in Chicago—to sign on, I knew it was time to finally pull the trigger on producing it.”

Goldfish is a story of a young man who raises his father, then leaves home. He meets a young woman who undoes him, but the young woman has her own story: a mother who is a force of nature. It’s a play about legacy and leaving home. We raise our children to leave us, to walk out into the world. But then they do.

Route 66 Theatre Company’s fall play is currently a TBD, but will be announced in February after the Monthly Reading on February 9, 2015.

On a flex schedule upstairs at Mrs. Murphy and Sons Irish Bistro

About our Creative Team:

Frances Limoncelli (Curator, New Play Development Workshop) has been working in the Chicago theatre community for over 20 years, and has been a member of Lifeline Theatre’s artistic ensemble since 1995. As an adaptor she created Mrs. Caliban (Jeff Award nomination: New Adaptation), as well as the popular Dorothy L. Sayers series: Whose Body?, Strong Poison (Non-Equity Jeff Award: New Adaptation), Gaudy Night (Non-Equity Jeff Award: New Adaptation), and Busman’s Honeymoon (Non-Equity Jeff Award: New Adaptation), all for Lifeline’s Mainstage. For Lifeline’s KidSeries she created The Emperor’s New Threads; Somebody Loves You, Mr. Hatch; and Arnie the Doughnut with composer/lyricist George Howe, which was a Next Link Selection in the 2012 NY Musical Theatre Festival. Her plays have been seen in such regional theatres as the Cleveland Playhouse in Ohio, the PTC Performance Space in New York, Taproot Theatre in Seattle, and the Manitoba Theatre Center in Winnipeg. Frances teaches adaptation at Chicago Dramatists and as a guest lecturer at DePaul. She is a script evaluator for Steppenwolf Theatre and served as dramaturg for The Lord Of The Flies with Steppenwolf for Young Adults.

Damon Kiely (Director, Goldfish) is a professional director and writer, as well as a full time professor of directing and acting for DePaul’s Theatre School. He is currently writing a book for Routledge called How to Read a Play: Text Analysis for Directors due out fall 2015. He was recently nominated for a 2014 Jeff Award for Best director of a musical for his production of Hank Williams: Lost Highway for American Blues Theatre. In Chicago, he has directed regional premieres of work by Lisa Kron, Kirsten Greenidge, and Jordan Harrison for Next Theatre, The Chicago premiere of Gore Vidal’s Weekend for TimeLine Theatre Company, the regional premiere of Gina Gionfriddo’s Becky Shaw for A Red Orchid Theatre, and the world premiere of McMeekin Finds Out for Route 66. He’s also worked at Eclipse Theatre, Chicago Dramatists, WildClaw and others. Damon’s world premiere adaptation of Thieves Like Us was produced by the House Theatre of Chicago and the Theatre School. He served as the Artistic Director of American Theater Company from 2002 to 2007. Directing credits at ATC include Oklahoma! (Nominated for 6 Jeff Awards including Best Musical and Best Direction of a Musical), The Dark at the Top of the Stairs, Orpheus Descending, A View from the Bridge, and The Hairy Ape. Prior to moving back to Chicago he produced, directed, and taught in New York City. In New York he directed for The Public Theatre, New York Theatre Workshop, the Ontological Theater,Adobe Theater Company, PS122, Ensemble Studio Theater and New Dramatists. Damon also served as the Artistic Director for Real Time Theater and was a Producing Director at the Ontological-Hysteric Theater as well as the Associate Artistic Director for the Children’s Theater of Maine. He is a winner of the 2000-02 NEA/TCG Career Directing Program, the 2000 Drama League Fall Directing Program and the 1997 Princess Grace Award.

Stef Tovar (Artistic Director, Assistant Director, Goldfish) is the founder and Artistic Director of Route 66 Theatre Company, where he was most recently seen as Miller in the world premiere of The Downpour. Other Route 66 credits include Rob in the Chicago premiere of High Fidelity and Noah in the world premiere of A Twist of Water, which played a successful extension at the Mercury Theater and had a remount at 59E59 Theaters Off-Broadway in November of 2012. He can currently be seen as Peter Stossel in Mercury Theater’s production of The Christmas Schooner. Stef was nominated for a 2013 Jeff Award for Best Supporting Actor in a Musical as Luther Billis in South Pacific at the Marriott Theatre. Other recent roles include Franz in Appropriate at Victory Gardens, Bernard in Boeing Boeing at Drury Lane, Jeffrey Skilling in Enron for TimeLine and Harold Hill in the critically acclaimed Paramount Theatre production of The Music Man directed by Rachel Rockwell. Stef won a Jeff Award for Best Supporting Actor in a Play for Blade to the Heat, directed by Gary Griffin. TV and film credits include Sirens, Boss, Chicago Fire and Contagionwhere he gives some very bad news to Matt Damon as Dr. Arrington. Stef will play Edward Bloom in Big Fish for Theatre at the Center in the spring of 2015.

Route 66 Theatre Company introduces, develops, produces, and exports new work for the stage. The road begins with our new play development process and reaches west, where our World and Chicago Premiere shows are given an advocate for further regional productions along the road less traveled from Chicago to Los Angeles. Since the company’s founding, Route 66 has produced eight productions, two in two cities including an Off-Broadway New York premiere, been nominated for five Jeff Awards and won two. 2015 is Route 66’s second full season of new work.www.route66theatre.org