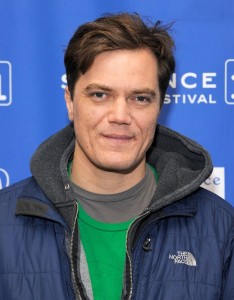 A Red Orchid Theatre’s (AROT) Board of Trustees and Gala Committee, together with Rockit Ranch Productions, proudly announces the 2012 A Red Orchid Gala. The 2012 Gala will celebrate 20 years of creating exceptional, ensemble-based theater in Chicago.
The event will be held on Monday, November 12, 2012 at Sunda Restaurant, 110 W. Illinois, with a cocktail party and auction to follow at The Underground, 56 W Illinois. The evening will be co-hosted by A Red Orchid Co-founder and Academy Award Nominee Michael Shannon and Rockit Ranch Productions CEO Billy Dec. 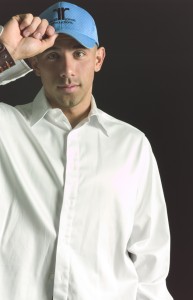 Each year A Red Orchid’s critically acclaimed theatrical productions attract diverse audiences from across the country. With the funds raised through the event, AROT will advance its commitment to creating exceptional Ensemble-based theater, and fostering new theatrical works, both at home in Chicago and on the national stage.

“Words cannot express how proud we are to be celebrating our 20th Anniversary Season. We are thrilled to have all three founding members on stage in 2012-2013 and honored to be presenting Chicago premieres from such renowned playwrights as Howard Korder and Annie Baker, to produce our first Sam Shepard and to bring audiences a world premiere penned by our own Brett Neveu. The love and loyalty of our Artistic Ensemble, our Board of Directors and our audiences alike empowers us to look forward. What better way to share out past and celebrate our future than with a spectacular party? And what better co-host than Billy Dec?” says Artistic Director Kirsten Fitzgerald. “A natural fit for A Red Orchid, Dec is a passionate long-time supporter of Chicago’s vibrant theater community: he is the founder of the Lookingglass Theatre Junior Board, winner of the Byrne Piven Community Service Award, and an Emmy-winning TV personality on ABC-TV’s “Windy City Live!” His loyalty to, and enthusiasm for, Chicago’s world class theaters makes him an ideal partner for A Red Orchid as we celebrate this milestone in Chicago theater.”

Michael Shannon, an Ensemble Member of A Red Orchid Theatre since 1993, currently plays the role of Agent Nelson Van Alden on HBO’s celebrated drama “Boardwalk Empire.” Michael recently starred in the award winning film Take Shelter and was nominated for an Academy Award for Revolutionary Road. He will be playing the role of villain General Zod in the upcoming Superman movie Man of Steel. Michael originated the role of Peter in Tracy Letts’ Bug, which had its Chicago Premiere at A Red Orchid before playing off-Broadway and being adapted into a major motion picture, also starring Shannon. He has performed on numerous Chicago stages and is currently appearing in Uncle Vanya at New York’s Soho Rep. In the fall of 2012, he will perform in the Broadway production of Grace, a play written by fellow Red Orchid Ensemble Member Craig Wright. Michael will return to A Red Orchid’s stage in the 2012-13 Season to perform in Sam Shepard’s Simpatico.

Dec is an alumnus of Chicago-Kent College of Law and The Harvard Business School. He’s received numerous awards including the “Excellence in Business Award” from the State of Illinois and the Community Service Award from the Cook County State’s Attorney’s office. Dec is a fervent supporter of philanthropic organizations including the Make a Wish Foundation, Lookingglass Theatre, and the Greater Chicago Food Depository. When not entertaining on TV or in his venues, Dec can be found sharing amazing stories and experiences with a dynamic social media following on his blog www.aChicagoThing.com, www.Twitter.com/BillyDec and www.Facebook.com/BillyDec.

Tickets: VIP Dinner Tickets $275 ($250 if purchased by 9/30/12). Includes admission to the Benefit Cocktail Party at Underground. VIP Dinner ticket deadline 10/29/12. Limited capacity. Cocktail Party Tickets $150. Red Circle Membership $1500.
A Red Circle Membership includes a 4-Show “Red Night Flashpass,” which is usable for a seat at all four A Red Orchid Opening Nights (Fridays 10/26, 1/25, 4/12, 6/21) & post-show celebrations with the cast, as well as a VIP Ticket to the 20th Anniversary Gala emceed by Michael Shannon to be held November 12, 2012. Membership also includes invitations to special events, and opportunities to be part of the artistic process ($1000 tax deductable).

Space is limited, so order tickets now for this exclusive event by calling A Red Orchid Theatre at (312) 943–8722 or online at www.aredorchidtheatre.org.

A Red Orchid Theatre has long served as an artistic focal point in the heart of the Old Town community of Chicago. Chicago Magazine named Red Orchid Chicago’s Best Theatre Company of 2010. Over the past 20 years, its Resident Ensemble has welcomed into its fold an impressive array of award winning actors, playwrights and theatre artists. A Red Orchid is well known for its highly-acclaimed experimental and cutting edge productions. In addition to its professional season, the company also now maintains an exciting youth programming wing.