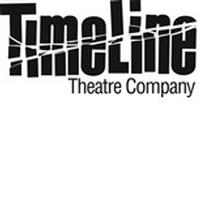 TimeLine Theatre Company has announced its four-play 2012-13 season. TimeLine is dedicated to presenting plays inspired by history that connect to today’s social and political issues, and its upcoming season includes one world premiere and three Chicago premieres.

“We are thrilled to continue to take TimeLine to places we haven’t been before,” said Artistic Director PJ Powers. “With a stunning new script by local playwright Susan Felder and Chicago premieres by a trio of the country’s most provocative writers — Moisés Kaufman, Naomi Iizuka and J.T. Rogers — TimeLine’s 2012-13 season explores eras, cultures, points of view and areas of the world that we’ve never tackled before in our previous 15 seasons.”

About the show: “In a journey spanning 200 years, 33 Variations is a waltz between past and present, fact and speculation, a mother and daughter, and art and life. One of classical music’s enduring riddles is why Ludwig van Beethoven devoted four years of his diminishing life writing 33 variations of a mediocre waltz, all for little financial reward. Playwright Moisés Kaufman (The Laramie Project) tracks a modern-day music scholar driven to solve the mystery even as her own life and relationship with her daughter crumbles, elegantly juxtaposing her obsession with the composer’s creative struggles. The result is an extraordinary new American play about passion, parenthood and the moments of beauty that can transform a life.”

About the show: “Two soldiers — both named Joe but distinct in most other ways — are thrust into each other’s lives after being captured by the enemy in Vietnam. Held in underground cells with a barred ceiling grate as their only access to the outside world, the two are separated by a solid wall as well as divergent backgrounds, politics, world views and opinions about the war they’ve fought. But over two years of captivity and with little expectation of rescue, the two are drawn together as they battle dire conditions, loneliness, loss of faith, and each other. This emotionally stirring new play affirms the extraordinary power of human connection to forge hope in even the darkest hours.”

Wasteland marks the return of William Brown (To Master the Art, Not About Nightingales) as a director at TimeLine. The cast will feature Nate Burger (TimeLine’s ‘Master Harold’ … and the Boys) and Steve Haggard (Writers’ Theatre’s Old Glory).

About the show: “During the 1880s, an unprecedented new invention changed the world. The camera allowed people to see images of distant lands they never dreamed they would be able to see. Images of geishas, monks and shrines were transmitted far from their origin, where foreigners sought meaning in them through the filter of exoticism and xenophobia. Shifting between 19th Century Japan and present-day United States, Naomi Iizuka’s highly original triptych of a play provides philosophical, cultural and historical themes to ponder in both epic scope and human scale. It’s a sexy, multi-faceted puzzle that explores the intersection of art and authenticity, where things are never quite as they appear to be.”

Concerning Strange Devices from the Distant West marks the TimeLine debut of director Lisa Portes, whose recent credits include directing the world premieres of Naomi Iizuka’s Ghostwritten at the Goodman Theatre and After A Hundred Years at Minneapolis’ Guthrie Theatre.

About the show: “Heralded as one of The New York Times’ Top 10 plays of 2011, Blood and Gifts takes you inside the secret spy war behind the official Soviet-Afghan War of the 1980s. Spanning a decade and playing out in Washington, D.C., Pakistan and Afghanistan, the play follows a CIA operative as he struggles to stop the Soviet Army’s destruction of Afghanistan. The ground constantly shifts for him and his counterparts in the KGB and British and Pakistani secret service as political and personal alliances keep changing. And as the outcome of the entire Cold War comes into play, he and an Afghan warlord find that the only one they can trust is each other. This bold and provocative new play tells the story of the unknown men behind one of the greatest historical events of recent history, the repercussions of which continue to shape our world.”

J.T. Rogers is also the author of the plays The Overwhelming and Madagascar, seen in Chicago at Next Theatre, and White People, seen at Gift Theater.