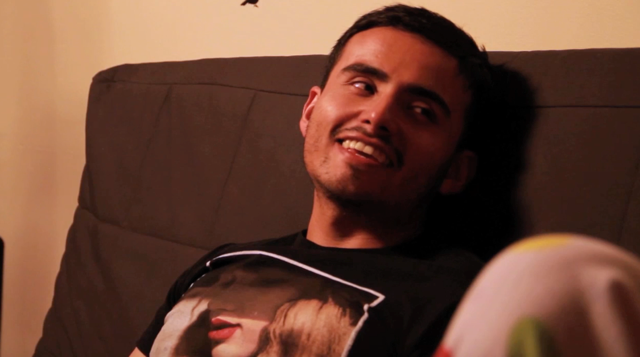 “The SVTV Short Film Fest is an online festival dedicated to spotlighting the very best LGBTQ filmmakers from around the world,” continues Sherry Vine.   Each Saturday, the series will present a new short film along with interviews from the filmmakers and special bonus features.   “These are the queer filmmakers that we think you should know.”

Sherry Vine’s hilarious video parodies have made her a YouTube sensation, being viewed over 14,000,000 times!  She has appeared on the off-Broadway stage, in numerous films including Stonewall and Wigstock and has starred in two seasons of Here TV’s variety show, She’s Living For This.
She launched gaySVTVworld with Here TV executive Josh Rosenzweig as a platform to showcase original programming from top queer talent.  The current roster includes Haus Of Mimosa, Pickles, David Serrano and Chris Semers starring in such shows as Sherry and the Greek, EduGAYtion, The Flames of Hell’s Kitchen and Fashion Puhleez.
Josh Rosenzweig served as SVP of Here TV for ten years where he produced over two hundred hours of television programming including She’s Living For This and Heart of Broadway: An Inside Look at Broadway Cares/Equity Fights AIDS. He was also the host of the hit TV talk show Just Josh. Rosenzweig has directed many music videos, award-winning films and over forty productions for the theater.  He has been nominated for two Daytime Emmy Awards.
gaySVTVworld presents “Searching for Taylor Swift” on Saturday, February 20th, part of its The SVTV Short Film Fest.  Free at YouTube.com/MissSherryVine.