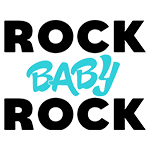 Experience the golden age of rock ‘n’ roll when “Rock Baby Rock” comes to Raue Center For The Arts at 8 p.m. on March 19, 2016. Audiences may remember “Rock Baby Rock” creator and star, Lance Lipinsky, from his portrayal of Jerry Lee Lewis in over 2000 performances in the Apollo Theatre’s “Million Dollar Quartet.”

“Rock Baby Rock” is an explosive and retrospective stage show biography of the golden age of rock ‘n’ roll. Performing the hits of major artists of the ‘50s and ‘60s, Lipinsky and his band the Lovers tell the story behind the music.

Preserving the original authentic sound of the music combined with high-energy showmanship, Lipinsky explores the melting pot of styles that created the most innovative decade of pop music. Half concert and half history lesson, fans of the atomic era of music will hear the eclectic genres that contributed to the birth of rock ‘n’ roll in chronological order for the late ‘40s to the mid ‘60s such as: Big Band, Rhythm & Blues, Western Swing, Rockabilly, Doo Wop, the Teen Idol influence, Soul, Surf, the British Invasion, Motown and more.

“Rock Baby Rock” also features the charming Lovettes as they honor the girl groups and major female artists of the ‘50s and ‘60s, such as the Andrew sisters, the McGuire Sisters, Lavern Baker, Connie Francis, The Ronettes, The Supremes, Etta James and more. The show also concentrates on the origin of influences of midcentury pop music recorded in Chicago on the Chess and Vee Jay labels on South Michigan Avenue, also known as “Record Row,” in the ‘50s and ‘60s.

Tickets start at $20 and can be purchased online at rauecenter.org or via the Box Office at 815.356.9212 or 26 N. Williams Street in downtown Crystal Lake.

Raue Center is a 501(c)3 non-profit organization dedicated to enriching the lives of all through the arts. For 14 years, they have provided quality programming – striving to make it pertinent, available and affordable to all. As a painstakingly restored, 1920s regional showcase theatre named for its benefactor—Lucile Raue—Raue Center has attracted the finest stars, Broadway shows, musicians and artists. Named on the League of Historic American Theatres, Raue Center is one of the finest examples of restored art and decor in the nation. The 750-seat theatre, located in historic, downtown Crystal Lake, is a gathering place for our region’s citizens and has become a true destination. For additional information, visit rauecenter.org, facebook.com/RaueCenter and twitter.com/RaueCenter.