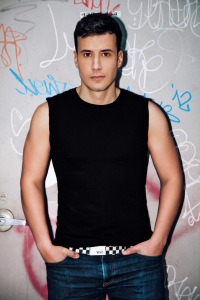 Podcast with DJ JOE GAUTHREAUX from SHOWBIZ CHICAGO on Vimeo.

D.J. JOE GAUTHREAUX discusses his amazing and innovative career including the launch of his own label PROP D RECORDS. Joe also premieres his new recording BYE, FELCIA on our podcast. Joe will be in Chicago on Sunday, June 29th to spin LOVE REVOLUTION at the Chicago History Museum and on July 4th at the Dunes in Saugatuck, MI.
For more information visit djJoeG.com

DJ and remixing/producer dynamo Joe Gauthreaux is adding record mogul and artist to his resume this week with the launch of his own music label, Prop D Recordings, and its first single release, “Bye Felicia.” “Bye Felicia”, an expression of dismissal that was first heard in the motion picture, Friday, and made popular by Nene Leakes on the Bravo TV show, The Real Housewives of Atlanta, is a throwback to nineties house.  The song features vocals by Mitch Amtr@ck, an artist best known for his recordings with late house music great, Peter Rauhofer. “Bye Felicia” from Prop D Recordings is available on iTunes and all major online retailers now.

“I wanted a way to cut through the red tape and avoid third parties from interfering with my creativity,” explains Joe Gauthreaux on his decision to launch Prop D Recordings (the name is short for Proposition Dance).   “It’s so easy to make music now, and quality music at that. Goyete created “Somebody That I Used To Know” all by himself in his basement.  He inspired me to take my music into my own hands.”

Joe Gauthreaux plans to unleash a diverse range of dance music through Prop D Recordings: everything from vocal, tribal house, to EDM, to crazy club bangers.   ”I genuinely love all kinds of dance music,” he says. “I’m always incorporating new beats and sounds to keep the momentum up on my floor. I’ll do the same with the label.  The worst thing a DJ or record head can do is get stuck in a certain sound for too long. Music is constantly changing and evolving. If you don’t change with it, you’ll get left behind.”

He’s already proven his willingness to adjust.  The label was originally scheduled to release “All This Time”, a song Gauthreaux co-wrote with singer Jared Bradford, as its debut.  But friends and colleagues convinced him to shelve it temporarily in favor of “Bye Felicia”.  “I was outvoted,” Gauthreaux admits.

On the street and in the clubs, “Bye Felicia” is a term a person might call someone they don’t care enough about to call by name.  Gauthreaux’s track, however, redefines the term, turning its negative connotation into a positive one. Instead of making Felicia someone no one wants around, he makes her a person being sought after.  “I often try to do the opposite of what listeners are expecting,” he says.  “That really defines everything I do.  I always want to keep people guessing.”

He also strives to keep everyone having a good time.  “When I go into the booth or a recording studio, I always remind myself to keep it fun. Club music should be an escape.”

Gauthreaux has brought his unique sound to parties throughout the world, headlining nearly every major festival event including White Party Miami, Winter Party, and NYC Pride – earning him the title of “Hottest DJ of the Year” from Out Magazine.

He began releasing his own remixes eight years ago and in that time, has worked with many of the leading dance artists including Kristine W, Jeanie Tracy, and Tony Moran.  Three years ago, Joe Gauthreaux began taking on mainstream projects with pop acts like NeYo, The Wanted, Melanie Amaro, and even Justin Bieber.

He sees Prop D Recordings as the next step in his evolution as a dance artist.  He expects obstacles, including making money in an industry consumed by free streaming, but he’s not worrying about it  – yet. “Right now I just want my music to be out there. I’ll figure out a way to get rich later,” he laughs. 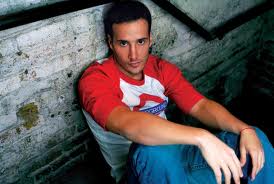 Prop D Recordings will work with a distribution company to push its singles to iTunes, Beatport, Amazon, Spotify and over one hundred online retailers around the world. Physical releases will be added in the near future.

No new artists are being signed to the label, but Gauthreaux would like to see that happen in time.  For now, efforts will be concentrated on upcoming collaborations with heavy hitting producers like Tony Moran.

“In the end, just making quality music and having my own label is what make the most sense for me right now,” he says.