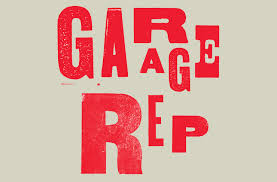 Northlight Theatre, under the direction of Artistic Director BJ Jones and Executive Director Timothy J. Evans, announces the World Premiere of Charm by Philip Dawkins. Directed by BJ Jones, Charm was developed through Northlight’s Interplay Series and will be presented in Steppenwolf’s Garage Theatre, 1624 N. Halsted, from October 14 – November 8, 2015. Tickets are on sale now at 312-335-1650 and steppenwolf.org.

Charm depicts the colorful inner workings of an etiquette class taught by Mama Darleena Andrews, an African-American transgender woman, in an LGBTQ organization known as The Center. Mama attempts to share her rules of proper behavior with a youth group ranging in sexuality, race and gender identity from a Latina transwoman to a cisgendered straight black couple to a gay suburban teen. Though her students initially struggle to see how etiquette relates to their daily battles with identity, poverty and prejudice, Mama’s powerful love and unapologetic attitude eventually win them over.

Inspired by the true story of Miss Gloria Allen at Center on Halsted, Charm carries a message of peace and dignity, as Mama and her students must ultimately find a new way to respect each other and to redefine what “having charm” means.

BJ Jones comments, “After three years of writing and development with Philip, this feels like the exact time to bring this indigenous Chicago story to life. Charm is a compassionate, uplifting and ultimately human story, promoting inclusion and dignity.”

Philip Dawkins (Playwright) has written the world premiere of Miss Marx: or the Involuntary Side Effect of Living (Strawdog), which won the Joseph Jefferson Award for Best New Work, as well as the critically-acclaimed plays The Homosexuals and Failure: A Love Story, which both also received Joseph Jefferson Nominations for New Work after their world premieres with About Face (2011) and Victory Gardens (2012) respectively. His plays are published and available through Playscripts, Inc. as well as Dramatic Publishing.  A graduate of Loyola University Chicago, Mr. Dawkins is an Ensemble Playwright at Victory Gardens, and an Artistic Associate of About Face, where his new play, Le Switch, will premiere this winter.

BJ Jones (Director/Artistic Director) is in his 18th season as Artistic Director of Northlight, where he commissioned and directed the world premieres of White Guy on the Bus, Chapatti, Stella & Lou, The Outgoing Tide (Jeff Nomination – Best Director), Better Late, and Rounding Third. Notably he has directed productions of Outside Mullingar, Grey Gardens, The Price (Jeff Nomination- Best Director), A Skull in Connemara, The Cripple of Inishmaan, and The Lieutenant of Inishmore. As a producer he has guided the world premieres of Shining Lives, The Last Five Years, The Gamester, and Studs Terkel’s ‘The Good War’. From Second City to Shakespeare, BJ has directed Pitmen Painters (Jeff Nomination – Best Director, TimeLine), A Number (Next), 100 Saints You Should Know (Steppenwolf), and The Dresser (Body Politic). Regional: Glengarry Glen Ross (Suzie Bass Nominee – Best Director, Atlanta’s Alliance Theatre), Enchanted April (Asolo Theatre), and productions at Cherry Lane Theatre NY, Galway Arts Festival, Baltimore Center Stage, and Utah Shakespeare Festival. As a performer, Mr. Jones is a two-time Joseph Jefferson Award winner and has appeared at Northlight, Goodman, Steppenwolf, Court, and other theatres throughout Chicago. Film/TV credits include The Fugitive, Body Double, Law and Order: Criminal Intent, Early Edition, Cupid, and Turks, among others.

Armand Fields (Jonelle) is making his Northlight debut. His Chicago credits include: Balm In Gilead with Griffin; Princess Mary Demands Your Attention (BTAA Nomination for Best Leading Actor) and F***ing Men (Bailiwick Chicago); Girl You Know It’s True (Pavement Group); Home and Woza Albert! (Fleetwood-Jourdain); Trouble In Mind (Artistic Home). Other Chicago credits: MPAACT, About Face and eta Creative Arts. Regional credits include: Ragtime and A Christmas Carol with Milwaukee Repertory, where he completed their 2013/2014 Acting Internship Program. He is a graduate of Second City’s Conservatory Program as well as The School at Steppenwolf.

Elizabeth Ledo (D) is a proud graduate of Loyola University of Chicago. Her Chicago credits include: The Secret Garden, Tartuffe, The Misanthrope, The Illusion, The Comedy of Errors, Titus Andronicus, Uncle Vanya, The Real Thing (Court); A Midsummer Night’s Dream, Amadeus, As You Like It, Funk It Up About Nothin’ (Chicago Shakespeare); Boleros for the Disenchanted, A Christmas Carol (Goodman); The Old Curiosity Shop (Lookingglass); The How and The Why (Timeline); Homebody/Kabul, Morningstar (Steppenwolf); The Homosexuals, Say You Love Satan(About Face); Barefoot in the Park, The Odd Couple (Drury Lane Oakbrook); Arms and the Man, Isaac’s Eye (Writers); The Chalk Garden (Northlight). Regional credits include: Notre Dame Shakespeare, Indiana Repertory, and Milwaukee Repertory. TV credits include: Boss, Chicago PD and Doubt.

Monica Orozco (Ariela) is an actor and writer who has worked with Goodman, Utah Shakespeare and Writers, amongst others. She is returning to Chicago and to the stage after some time away. Next up for Monica is a book project that is slated to be released next spring.

Julian Parker (Donnie) is making his Northlight debut. He is a founding member and the casting director of Definition Theatre Company. Julian received his BFA from the University of Illinois Urbana-Champaign. Professional credits include: Genesis, Dutchman, The Brothers’ Size (Definition); The Royale (American Theatre Company); Hamlet (Writers); BlackTop Sky (Theatre Seven of Chicago in the Steppenwolf Garage Repertory); and understudy in the world premiere of Head of Passes (Steppenwolf). Julian also originated the role of William in Gospel of Franklin(Steppenwolf First Look Series). Television credits include Chicago PD. Julian also had the privilege of studying abroad at Shakespeare’s Globe Theatre in London.

Awate Serequeberhan (Logan) is a recent graduate of The Theatre School at DePaul University, making his Northlight debut. Awate was recently seen in The Agency Theatre Collective’s Jeff Nominated world premiere two-person play Truth in Context. Select credits include A Free Man of Color and The Phantom Tollbooth (The Theatre School).

Matthew Sherbach (Lady/Emily Post) makes his Northlight debut with Charm.  Regional credits include: Misalliance (Shakespeare Theatre of New Jersey); The Last Days of Judas Iscariot(Company One). Chicago credits include: Teddy Ferrara (Goodman); The Taming of the Shrew, Short Shakespeare! The Taming of the Shrew, Short Shakespeare! A Midsummer Night’s Dream(Chicago Shakespeare); They’re Playing Our Song, Around the World in 80 Days (Fox Valley Repertory); Pony (About Face); Auctioning the Ainsleys, The Further Adventures of Hedda Gabler(Dog & Pony); Red Noses (Strawdog); The Taming of the Shrew (Theo Ubique); Life in the Country, The Misanthrope (Greasy Joan); Yes To Everything 2: Son of Everything (First Floor). Matthew is a stakeholder with the Back Room Shakespeare Project and a frequent solo performer and storyteller at Salonathon.

Namir Smallwood (Beta) is pleased to be making his Northlight debut. Chicago theatre credits include Victory Gardens, Steppenwolf and Goodman. Regional credits include the Guthrie, Pillsbury House, Ten Thousand Things and Penumbra. He has also made appearances on NBC’s Chicago Fire and ABC’s Betrayal.

BrittneyLove Smith (Victoria) is elated to be making her Northlight debut with Charm. She recently appeared in Dividing the Estate (Raven). She was also in the critically-acclaimed production of Ruined (Eclipse) as Salima, earning a BTAA nomination for Best Supporting Actress and a 2015 Non-Equity Jeff Nomination for Best Production. BrittneyLove was also a part of the touring production of Crime Scene (Collaboraction). Other Chicago credits include Doubt and Agnes of God (American Theatre Company); Unwilling and Hostile instruments (Theatre Seven); and Romeo and Juliet (Crowded Tub).

Dexter Zollicoffer (Mama Darleena) most recently appeared in The Little Foxes at Goodman. Other Goodman credits include Dartmoor Prison, The Odyssey, Blues for an Alabama Sky and A Christmas Carol. Chicago credits include: Water by the Spoonful, The Mystery Cycle (Court); To Kill a Mockingbird, A Lesson Before Dying, Pudd’nhead Wilson (Steppenwolf); Relatively Close,Knock Me a Kiss, The Sutherland (Victory Gardens); The Overwhelming (Next). Regional credits include: Blues for an Alabama Sky (Alabama Shakespeare); The Odyssey (McCarter Theatre Center, Seattle Repertory); Our Country’s Good (Berkeley Repertory); The Recruiting Officer, Our Country’s Good (Madison Repertory); Voice of Good Hope (BoarsHead); Permanent Collection(Indiana University Northwest). Television credits include: Chicago Fire, Detroit 1-8-7 and the upcoming feature Who Gets the Dog.  He is also an administrator at The Theatre School at DePaul University.

Post-show Audience Talkbacks with members of the artistic staff will be held after the evening performances on October 22, 29, and November 5, 2015; and following the matinees on October 24, 31 and November 7, 2015. Several of the talkbacks will feature guest speakers who specialize in LGBTQ issues:

An Open Captioning performance is scheduled for Saturday, October 24 at 3:00pm.

An Audio Described performance is scheduled for Saturday, October 31 at 3:00pm, with a pre-show Touch Tour at 1:30pm.

Steppenwolf’s Merle Reskin Garage Theatre is dedicated to new plays, new artists and new audiences for the American theater. It offers artists the opportunity to present their work with the scale, space and resources it merits. For audiences, it provides opportunities to engage in multigenerational conversations about new, provocative work. For more information, visitsteppenwolf.org.