In 1976, Atari was the fastest growing company in the history of the United States, an arcade manufacturer with a workplace fueled by pot smoking, jacuzzi parties and nobody wearing socks. When they have to sell themselves to Warner Bros. to stay afloat, they quickly realize that corporate cash comes with baggage, as they lose a piece of the identity that made them who they were in the first place. And what’s worse… they have to start wearing socks. MERGE is the story of a small band of programmers who stand up and fight back against the very company that saved them from bankruptcy, in a battle that threatens to crash an entire industry. 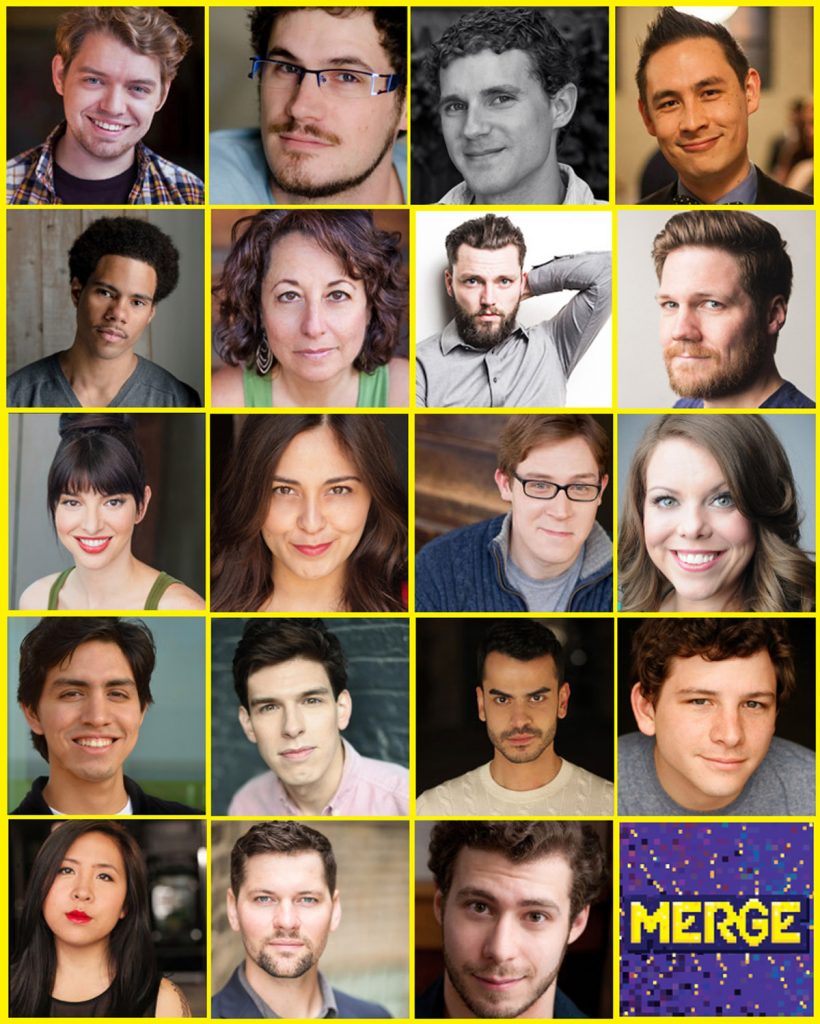 “It is always our hope that playwrights in The New Colony’s Writers’ Room will submit a script that we want to develop further through our staged readings series at The Den,” comments Co-Artistic Director Evan Linder. “Merge was the rare instance of a story flying off the page with such ferocity that Andrew and I needed to get our ensemble in the room immediately. This story is now and this story is us. Spenser Davis’ hilarious and insightful script will welcome onstage the largest cast The New Colony has assembled since our first season and we could not be prouder that the script began its development in the first year of our newest education program.”

Spenser Davis (Playwright) is the Director of Programming for Broken Nose Theatre, a pay-what-you-can company, and Artistic Director of Hobo Junction, an ensemble dedicated to the new, original comedies. His adaptation of Man in the Iron Mask was commissioned by Theatre-Hikes last summer, and his short plays have been produced at places like American Theater Company, Chicago Dramatists, Mary-Arrchie, Toronto’s Alumnae Theatre and the Solas Festival in Scotland, among others, and have been published by Smith & Kraus. His short play Grabass is a current finalist for the Heideman Award. He also works around Chicago as a director and actor. Merge is his first original full-length play.

Andrew Hobgood (Director) is the Founding Co-Artistic Director of The New Colony. His play, 5 Lesbians Eating a Quiche, won Outstanding Production at the 2012 New York International Fringe Festival before opening as an Off-Broadway production and is now published with Samuel French. Hobgood’s other work with The New Colony includes writing and directing the new musicals That Sordid Little Story, Rise of The Numberless and Plastic Revolution. His directing credits for The New Colony include Amelia Earhart: Jungle Princess, the original and commercial productions of FRAT, Hearts Full of Blood, which won Outstanding Script at the 2010 New York International Fringe Festival, B-Side Studio, produced in collaboration with The Inconvenience and the University of Chicago TAPS program, and most recently, Orville and Wilbur Did It! His play, reWILDing Genius, was commissioned by the University of Chicago and was produced as part of Steppenwolf’s Garage Rep 2014. As a performer, Andrew has performed with The New Colony in Pancake Breakfast, The Bear Suit of Happiness, The Terrible and Kin Folk.

About The New Colony