Milwaukee Rep’s HARVEY is a Rabbit For All Seasons 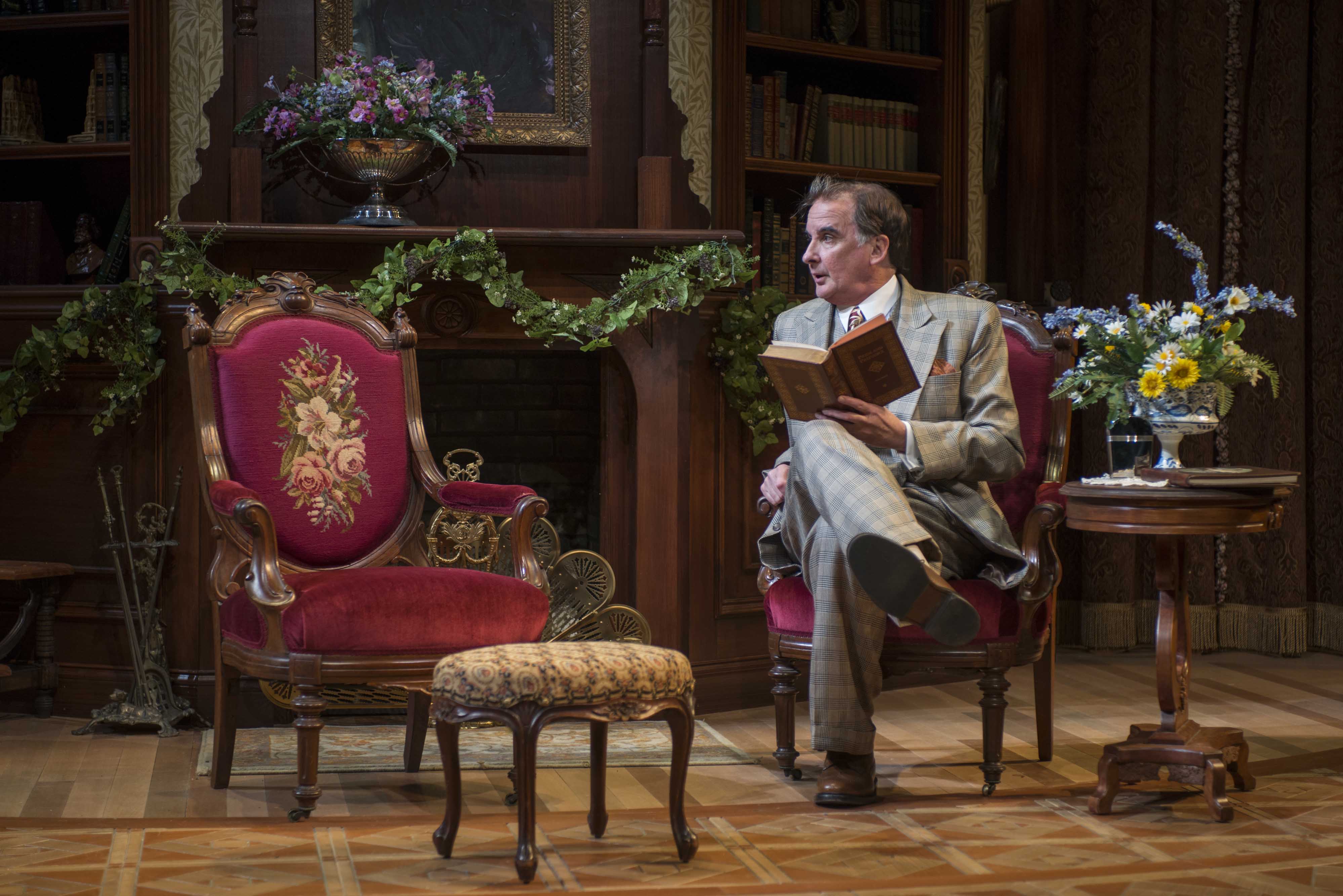 Did you ever have an imaginary friend?  Well, I did.  As a matter of fact, I had a house full of imaginary friends, and I’m no longer ashamed to admit it, thanks to seeing a heartwarming production staged by the Milwaukee Repertory Theater of the classic comedy, Harvey.

A talented cast combined with a uniquely designed set in the Rep’s Quadracci Powerhouse results in a bright and fast-paced telling of Mary Chase’s Pulitzer Prize-winning zany yet thought-provoking play about a lovable eccentric, Elwood P. Dowd, and his invisible friend – a six-foot-tall rabbit or “pooka” named Harvey, that only Elwood can see.  (Or can we, too?  You’ll have to see this show to find out.)

Elwood’s interaction with his best friend is a constant source of embarrassment to his social-climbing sister, Veta Louise Simmons.  But when Veta tries to have Elwood committed to an asylum, she has second thoughts.  Why not let Elwood remain as the kind and caring man he is rather than change him into someonehe’s not?

Harvey may not be the most memorable show I’ve seen at The Rep in recent years, but it’s definitely the most meaningful.  The play’s underlying message – that we have the right to be who we are, and each of us should accept one another for who we are – is probably more potent in today’s jaded world than it was when Harvey first made its appearance on Broadway in November of 1944.

Mary Chase wrote Harvey to help boost morale and give people a much-needed laugh during World War II.  It succeeded in doing so then, and, amazingly, Harvey is still makingfolks laugh 70 years later, which was evident at the performance I attended one rainy Sunday afternoon in late November.

The cast of Harvey creates charactersthat are funny but at the same time not cartoonish in nature – these are real folks with real feelings.  Rep veteran actor Jonathan Gillard Daly creates a gentle Elwood you just have to love.  But it’s Deborah Staples, a 20-year veteran of the Rep, who steals the show as Elwood’s fluttery sister Veta Louise Simmons.  Also garnering laughs is James Pickering, now in his 41st season at the Rep, as the befuddled Dr. William Chumley of the Chumley Rest asylum.

Several members of the cast and crew of Harvey have ties to Chicago and Illinois: actor Justin Brill co-produced Methtacular! with About Face Theatre; actress Kristina Loy is a graduate of the University of Illinois in Champaign-Urbana; actor Chris O’Reilly is from Naperville; Gabriel Ruiz has acted with the Steppenwolf Theatre Co.; director KJ Sanchez’s work as a playwright has been staged at the Yo Solo Festival and costume designer Rachel Anne Healy’s work has been seen at The Goodman Theatre and Drury Lane Theater, among others.

Contributing to the brisk pace of Harvey is the set design by Daniel Conway.  Crafted to avoid long scene changes, Elwood’s home and the Chumley Rest asylum rotate on a “double-donut” style turntable, which can spin in two directions to alternate between the two locations without stopping the action on stage.

Harvey is a gift of comfort and joy for the holiday season, the perfect light-hearted entertainment for the whole family, or for anyone seeking acceptance and understanding. Aren’t we all?