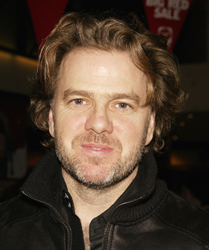 Petey, Meg and their long-time tenant Stanley live dull, comfortable lives in a seaside boarding house in England. But their humdrum routine of cornflakes, newspapers and naps comes to a sudden end when two men appear, bringing with them menace and mystery. When the group gathers to celebrate Stanley’s birthday, alliances shatter and scandals are revealed. Lambasted by critics during its 1958 premiere, Nobel laureate Harold Pinter’s play has since gained a reputation as a twentieth-century dark-comic classic.

Steppenwolf’s 2012/13 season, The Reckoning, explores the moment when we are called to account. Will our deeds be repaid? Will our secrets be revealed? Will we get what we deserve? The Birthday Party is one of five stories about what happens when the past comes knocking.