Griffin Theatre’s LONDON WALL – Through February 14, 2016 at The Den Theatre 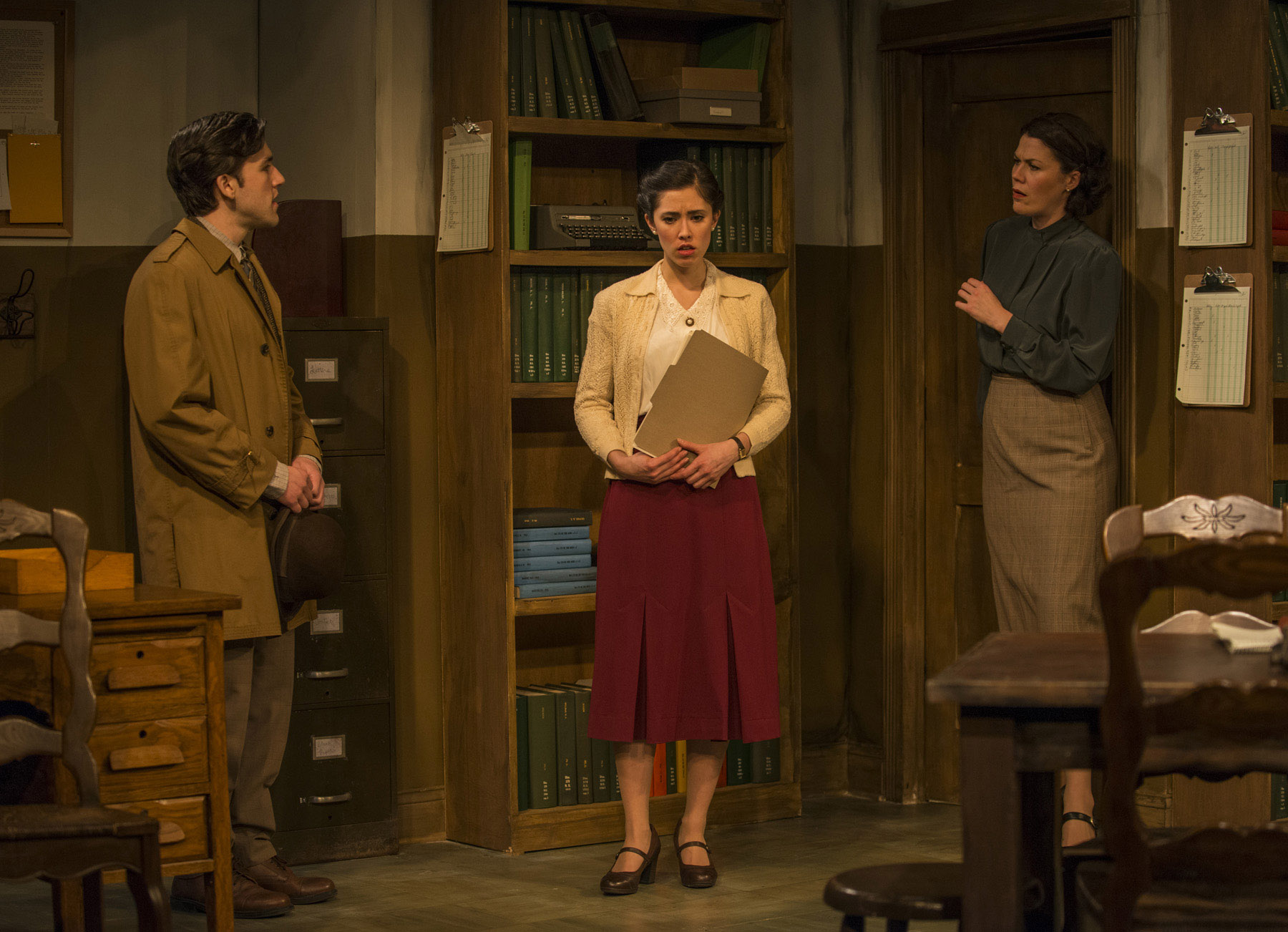 This “lost” and rarely produced work by the author of I Am a Camera and Bell, Book and Candle explores the lives and love affairs of the women employed as shorthand typists in a busy solicitor’s office in 1930’s London. The play had its premiere in May of 1931 at the Duke of York’s Theatre in London and was acclaimed for its hyper-realistic depiction of office life, as well as its soulful probing of the dreams and desires of its female characters.

LONDON WALL recently received an acclaimed revival at London’s Finborough Theater: “It hasn’t been revived until now, yet comes up fresh as paint,” hailed Charles Spencer of The Telegraph, calling the play “A piece that proves both dramatically engaging and a fascinating theatrical time-capsule.” Time Out London called it “A smart indictment of the meager circumference of a woman’s life as part of the urban workforce of the ’30s, wrapped around a heartfelt romantic drama.”

Curtain Times: Thursdays, Fridays and Saturdays at 7:30 pm; Sundays at 3 pm. Please note: there will be an added performance on Saturday, February 13 at 2:30 pm.

John Van Druten was a British playwright and director who later became a U.S. citizen. He was one of the most successful playwrights of the early 1930s in London with star-studded West End productions including Diversion (1928), After All (1929), London Wall (1931) with Frank Lawton and John Mills, There’s Always Juliet (1931), Somebody Knows (1932), Behold, We Live (1932), The Distaff Side (1933) and Flowers of the Forest (1934). He later emigrated to America where he wrote Leave Her to Heaven (1940), followed by major successes with Old Acquaintance (1940–41) and The Voice of the Turtle (1943), which ran for three seasons in New York and was filmed with Ronald Reagan. His play, Make Way for Lucia (1948), based on the Mapp and Lucia novels of E. F. Benson, was premiered in New York and had its first professional British production in 1995. His 1951 play I Am a Camera, together with Christopher Isherwood’s short stories, Goodbye to Berlin (1939), formed the basis of Joe Masteroff’s book for the Kander and Ebb musical, Cabaret (1966).

Robin Witt has directed Ferber and Kaufman’s Stage Door, Terrence Rattigan’s Flare Path and the critically acclaimed 2014 Midwest premiere of Men Should Weep for Griffin Theatre Company, which recently won Jeff Awards for Best Production, Direction and Leading Actress. Her work in Chicago has earned numerous Jeff Award nominations and her productions have been cited as “Best of the Year” by the Chicago Tribune, Time Out Chicago and Chicago Reader. She has worked at a variety of Chicago area theatres including Northlight Theatre, Steep Theatre, A Red Orchid and The Artistic Home. In addition, Robin directed Juliet: A Dialogue About Love for sacred playground theatre at the Edinburgh Fringe Festival. She is a graduate of NYU Tisch School of the Arts (BFA) and Northwestern University (MFA). Robin is an Assistant Professor at UNC Charlotte.

Established in 1988 and celebrating its 28th season, the mission of the Griffin Theatre Company is to create extraordinary and meaningful theatrical experiences for both children and adults by building bridges of understanding between generations that instill in its audience an appreciation of the performing arts. Through artistic collaboration the Griffin Theatre Company produces literary adaptations, original work and classic plays that challenge and inspire, with wit, style and compassion for the audience. For additional information, visit www.griffintheatre.com.